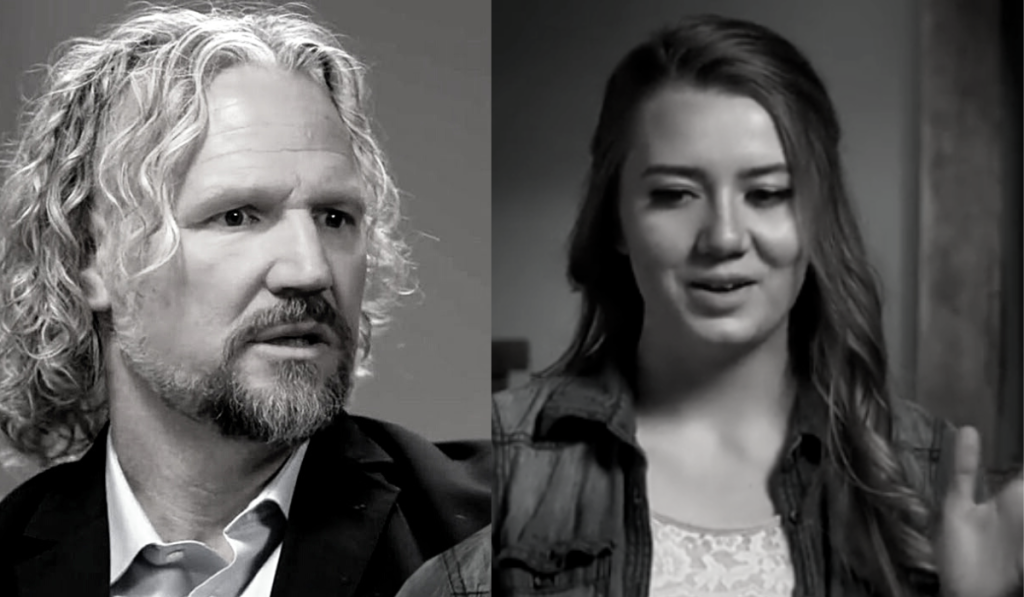 Sister Wives: Gwendlyn Reveals The TRUTH About Kody’s Relationship With His Daughter Aurora & Their Kiss!

The Sister Wives star kid Gwendlyn Brown is one of those who express themselves openly and doesn’t prefer to conceal anything. Hence, she has never hesitated to reveal the insights of her family as well. Not only this, but Gwen has been running a Patreon account and answers all her fans’ questions with utmost honesty. In addition to that, the celeb has started reviewing episodes of the show. Lately, she has been reacting to one of the most controversial ones, Season 17. Amidst all this, she cleared the air and gave insights about the rumor that Kody made out with his stepdaughter. To know what Gwen revealed, keep on reading.

Sister Wives: Gwen Spills The Tea Regarding Her Dad

The Sister Wives fans know that Kody Brown divorced his first wife to marry Robyn legally and adopt her kids. Apparently, the fourth wife has Dayton, Aurora, and Breanna from her previous marriage with David Jessop. However, since 2014 the patriarch has been their legal guardian of them. But there have been a lot of speculations regarding Kody and Aurora’s relationship. Evidently, a picture went viral in which the father of 18 gave the star kid a perk on her lips. Not only this, but rumors were saying that the patriarch would marry his stepdaughter.

However, Gwen took to her YouTube channel and posted a video in which she was reviewing Episode 4 of Season 17. After she was done giving her reactions, the celeb opened her Patreon account and started answering her fans’ questions. Apparently, the first user asked her if the picture of Kody and Aurora making out, which has been on the internet for a while now, was real or not. The user further continued and asked if this had been discussed in the family or not.

Gwen replied to the question with a big NO. Apparently, she further explained that her father doesn’t kiss the Brown kids like that. Not only this, but the Sister Wives celeb revealed that as children, they used to give their father a little smooch. But Kody never did that, and that’s horrible that such speculation has been going around. However, the star kid felt sorry that her fans were tricked into this and also apologized to them. Hence, it is clear that the patriarch’s intentions were pure when it came to his stepchildren.

The Sister Wives Season 17 was all about the aftermath of Christine’s decision to part ways with Kody Brown. Apparently, in the episode that Gwen was examining, the patriarch was sitting with all his four wives and discussing their future. Evidently, in the episode, Christine revealed that after divorcing her husband, she would be moving back to Utah. Not only this, but there were conversations regarding patriarchy and Kody being the head of the family. But Gwen has a different opinion on this. As per the star kid, Robyn is a girl boss and not her father.

In addition to that, there was a segment where the father of 18 claimed that he failed and his entire family failed as Christine had given up, and now she is leaving. Ironically, Gwen has a better and more mature approach to it than any of the older Browns ever had. As per the star kid, non of them failed. She further added that it was fine, just a person left the family, and it was not a big deal. Not only this, but she further added that her parents had good times as well. They got married and had children, and it’s okay if they dont want to live together now. Keep coming back to TV Season & Spoilers