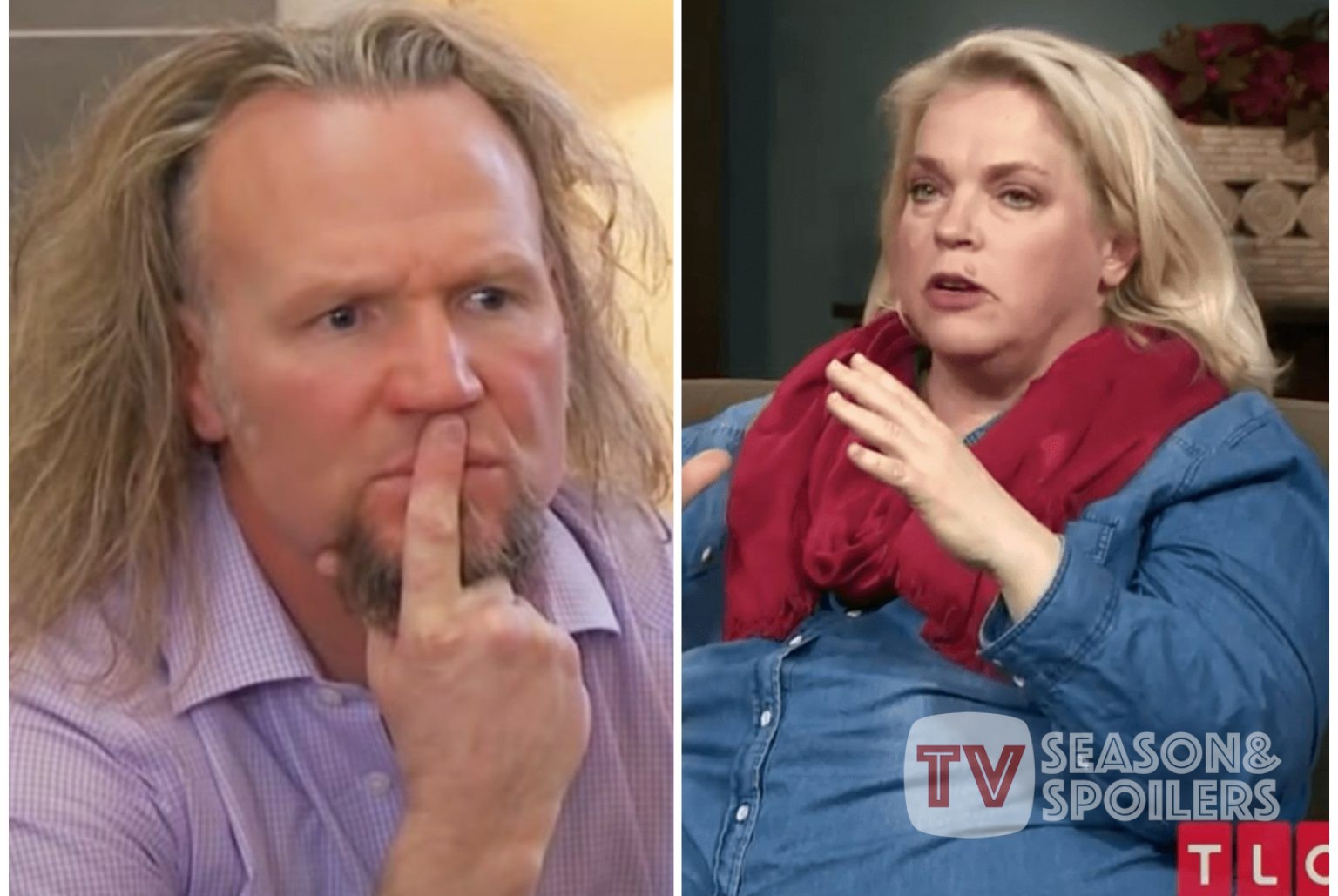 Janelle and Kody have had a rocky relationship too. The Sister Wives star has been facing a lot of problems in the latest episodes. After Christine bid goodbye to the family, many fans have been urging Janelle to do the same thing. However, the woman mentioned in the previous episode that her marriage to Kody is adequate, and that is enough for her. Fans recently nothing something strange in a new clip and speculate that she has already split from Kody! Keep reading to know more details about this.

Janelle and Kody haven’t been on the best of terms since the last season. It all began when the patriarch had implied heavy distancing rules to keep the family safe from COVID. This causes a rift between many members and followed lots of arguments. In fact, one of the most iconic scenes from the last season was of Janelle telling her husband to “f*** off” and walking away angrily. In one of the bonus Sister Wives clips, the fans took note of something alarming. It turns out that Kody’s second wife was not wearing her wedding ring.

While the clip focussed on Kody getting annoyed at Janelle’s decision to buy an RV, fans wanted to know more about the wedding ring. The Redditor who noticed this mentioned that Kody puts “minimal effort” into the second wife, and she is better off without him. Someone added to this by saying that she doesn’t wear her wedding ring “often”. Many began to wonder if this was the star’s way of signifying her failed marriage with Kody or the fact that she had split from him. There is no sure way of telling until there is proper confirmation about the same.

Gwendlyn Brown has been on a roll. It turns out that the Sister Wives child star has been using her social media space to spill all the plural family secrets. Lately, she was on a live Instagram session with her friend, Sara. That’s when a follower mentioned that they “think” Janelle is going to leave the polygamist. So, the friend mentioned that she already “did leave” and that she would “speak more” on that later. While Gwen was not in the video, viewers saw her in the background as she yelled, “yes”.

There was another instance on TikTok when one more fan wanted to know if Robyn and Meri were the only ones to be with Kody. Gwen responded to this by saying, “Yes, I think”. However, in both these instances, the young castmate has not yet elaborated on her statements. In fact, she is available on Cameo and is answering a lot of fan questions without holding back. Hence, the audience is eagerly waiting for the celebrity to spill the beans about the relationship dynamics the plural family shares. Until then, TV Season & Spoilers

are here for you with all the latest Sister Wives updates.