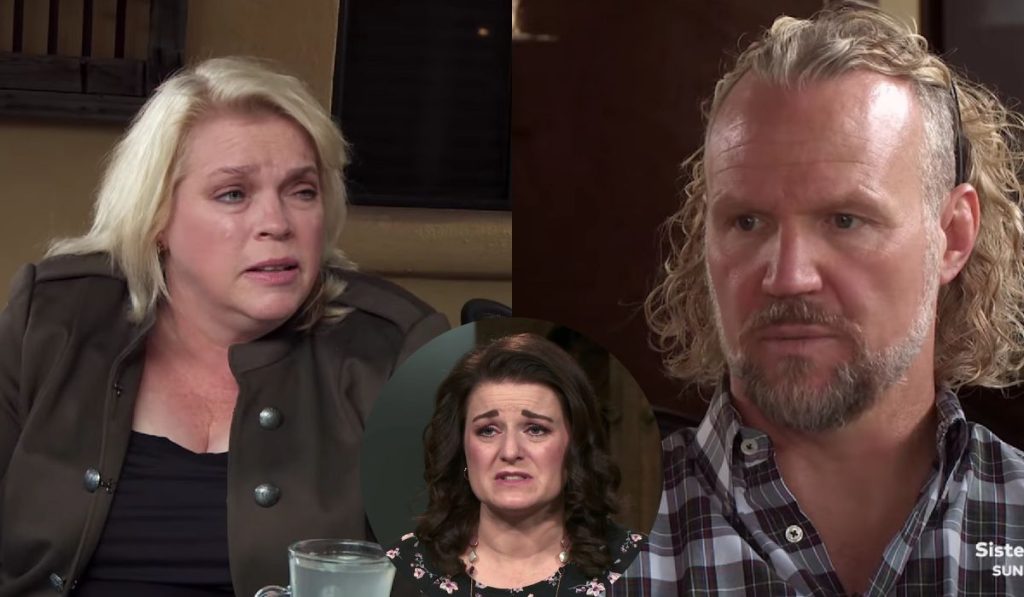 In the span of its TLC series, the Brown family has dealt with a lot of major changes. This season, Christine Brown left the family alone after more than 25 years of marriage and six children with Kody. He further distanced himself from Meri, his first wife. He declared that he didn’t give a damn if she left him and married someone else. However, Janelle and Kody’s relationship is also on the knife’s edge. Moreover, rumors of their divorce and Janelle changing her last name have eventually increased the distance between them. In the recent episode of Sister Wives, fans witnessed Kody’s bad behavior toward Janelle and criticized him harshly.

Sister Wives: “I Am Not Going To Be This Person,” Janelle Declares, As Kody Asks Her To Be Like Robyn

Janelle Brown had suspicions that it was Robyn that was mostly to blame for her marital issues with Kody Brown. Well, this was confirmed by him in the most recent episode of the series. Brown’s actions during the season of Sister Wives have incensed some viewers. After Kody’s treatment of loyal wife Janelle in a trailer for the most recent episode of the series, the criticism against him has intensified. Fans were outraged when the patriarch of the Brown family said Janelle’s marriage might work better if she acted much like his fourth wife, Robyn Brown. After this, some viewers said they were done with him. In the trailer video, Kody indirectly asked Janelle to apologize to Robyn for mistreating her throughout their marriage.

The patriarch then acknowledged that Robyn was a perfect partner. She is fundamentally loyal to him and considers him the family’s head. He explained to Janelle that they might get that if she was loyal to him. Next, in the confessional video, Janelle laughs at his words and says she cannot believe what he just said. However, Kody says he is not telling Janelle to be like Robyn, but he is telling her to be loyal as Robyn is. Janelle bluntly refuses to be like Robyn. She says that Kody assumes that the youngest wife is loyal and treats him as the head of the family.

Meanwhile, she wants to be his favorite wife, and Kody declares that is how Janelle needs to be. However, Janelle seems frustrated by her shared husband’s words. Not only Janelle but many Sister Wives fans also slammed his behavior. They took to Reddit and criticized him. One of the Redditors said he has never liked Kody in any way. They feel that he is an immature adult and a big attention seeker. Throughout this turbulent season, viewers debated how Kody had handled his wife Janelle, Meri, and ex-Christine.

Sister Wives: Tears Roll Out From Janelle’s Eyes As Kody Accused Her Of Acting “Like A Single Woman”

In the video released on Twitter, Janelle and Kody are sitting at the table. The video starts with Janelle’s voiceover, where she says that the past few years have been rocky for her and Kody. Then, Kody assertively moves up close to Janelle and says they have been acting like they weren’t a married couple throughout most of our marriage. And that Janelle lives as a single woman. She replied with tears in her eyes and said she had assumed that was the purpose of polygamy marriages. Such as being independent. The next segment leads to  Janelle’s confessional, in which she declares that she has decided to be her hero, saved herself, and begun to take care of herself.

Kody says that they are not the perfect fit for each other and that the marriage wouldn’t work. Janelle then inquired of him, “Do you still want the plural family?”. Twitter users quickly commented about the interaction. One wrote that Kody is aggressive to her when she has not done anything wrong. However, another concerned fan advised her to get rid of him. One more pleaded with the network to fire Kody and create a spin-off starring Janelle, Christine, and their children, which would satisfy the audience’s demands. The scene in the episode followed a shouting struggle between Janelle and Kody in the previous episode when he suggested she buys the home of his ex-wife Christine. For all the latest Sister Wives updates, keep coming back to TV Season & Spoilers.