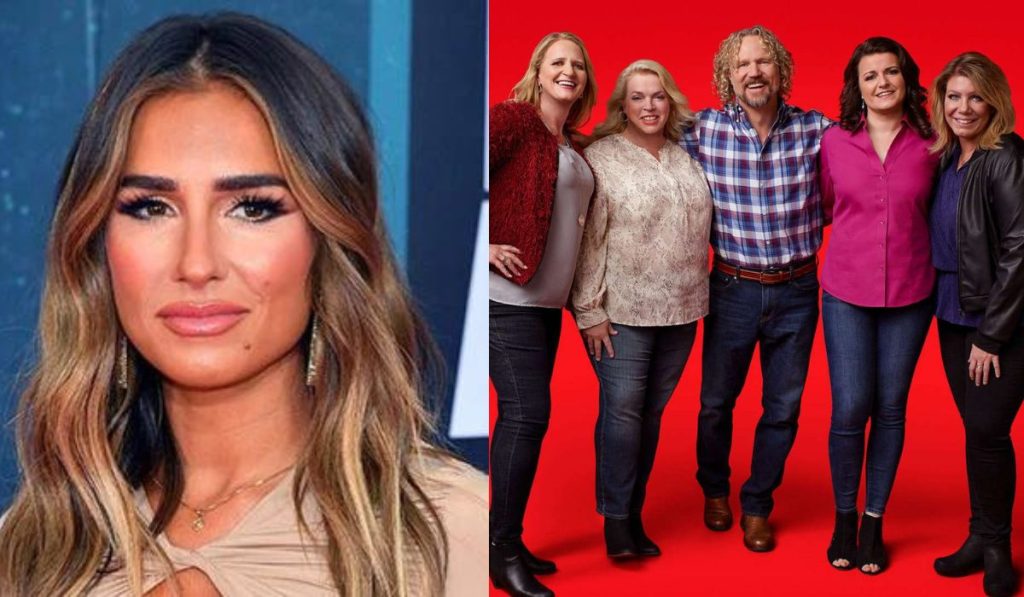 Sister Wives: Jessie James Decker Admits She Is “Invested” In The TLC Show After Kody’s Divorce

In the latest season of Sister Wives, fans have seen a lot of family drama. Janelle Brown and Meri Brown announced their separation from the celebrity polygamist, Kody Brown. Meanwhile, Christine Brown declared her intention to part ways with him back in November 2021. Only one of Kody’s wives remains in his life today, which is Robyn Brown. He spiritually married his youngest wife in 2010, and four years later, they turned the marriage into a legal one. All of this drama has created a lot of fuel to the fire. Fans are eager to learn what’s next in the show. However, in the meantime, Jessie James Decker, the former Dancing With The Stars personality, also showed her interest in the show. She said that she is “invested” in the show. Let’s find out more in detail about it.

Sister Wives: Jessie Urges Fans To Give Her A Brief About The Show

Jessie James Decker has only heard pieces of the popular family drama, Sister Wives, but she is eager to learn more. Recently, the Dancing With the Stars alum took to Instagram and shared a story about wanting to read a show’s synopsis. As per UsWeekly, Jessie says that even though it’s late, she has been reading and watching a lot about Sister Wives. She also said that she used to watch the show with her mother back in the day because her mother used to like it and would kind of fill her in. The former DWTS contestant said she wasn’t in the mood to take a very deep dive. So, she asked if one of her fans could help, she’d be willing to read a brief. Jessie wanted someone to just DM her and explain what’s going on in Sister Wives right now.

Futher she wrote about what bits and pieces she knows about the show. She asked that Kody Brown’s wives are all divorcing him. And only one of his wives remained. Moreover, asked her followers to give her Cliff’s Notes version of it. Jessie also said, “I’m invested but, like, not that invested”. However, Jessie was amused by the fact that Christine, Janelle, and Meri have already left her, and Robyn is the only remaining wife. She was surprised to learn this and hence wanted to ask everyone to tell her how and when it happened. However, later in her stories, the founder of Mama Karen’s Kitchen, Karen Parker, was seen giving her a brief about the show.

Sister Wives: The Show Is Coming Up With News Spin-off?

A lot of Sister Wives fans have been predicting that Kody Brown may now be a part of a spinoff. But according to the insider, the patriarch is unsure of how he will carry on with the show. Nevertheless, he is determined to find a solution in spite of everything. Not only that, but the insider went on to say that there was a good chance the father of 18 may consider starting again with a new spouse. If not this, the plot can then shift to Kody’s adjustment to life after polygamy. We may also get to see how, when his family is torn apart, he rebuilds himself.

Janelle and Christine’s spinoff is the most anticipated when it comes to sequels. It appears that their fans have been dying to see them. It appears that the pair also intends to develop one. According to rumors, Christine and Janelle’s upcoming show would focus more on the empowerment of women and life after polygamy. But before their episode debuts, Christine will undoubtedly be a part of Season 18. She appears to have posted a photo on Instagram indicating that she is filming at her new Utah house. Therefore, watching the forthcoming season should be exciting. Stay tuned to the TV Season & Spoilers for all the latest Sister Wives updates.