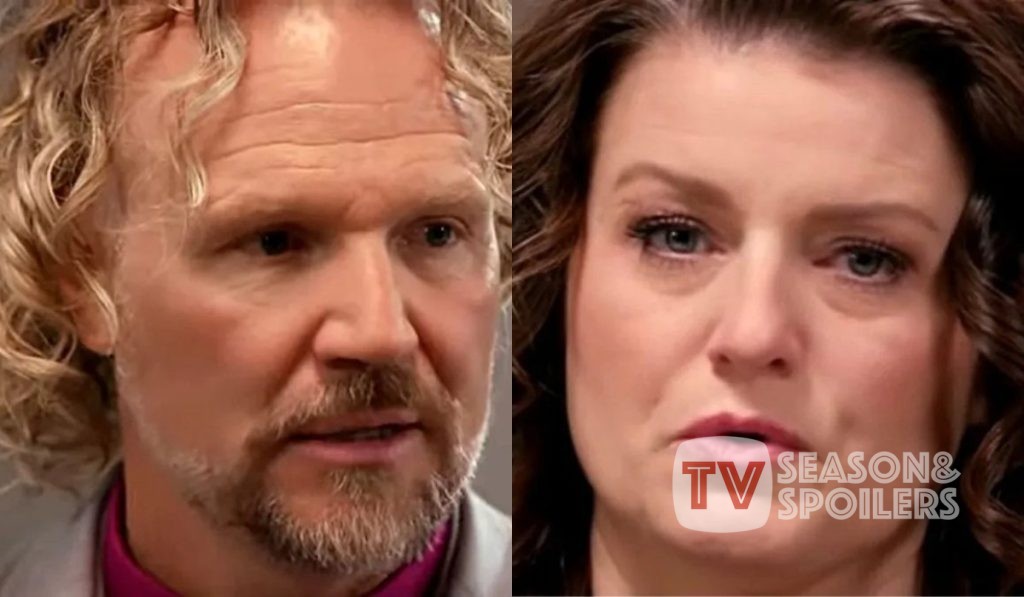 Sister Wives: Kody Brown Finally Accepts It!!! Robyn Is His Favorite But Only Because Janelle & Christine Were Disloyal

Robyn Brown is Kody’s fourth and last wife. Viewers of Sister Wives have noted and discussed her influence since she joined the family. However, she has always turned down ever being Kody’s favorite wife. One of the main causes of Kody’s divorce from Janelle and Christine was the assertion that Robyn was his priority. Kody also had to formally sever his marriage to Meri Brown in order to marry Robyn. However, Kody has never before publically admitted that Robyn is his favorite, but his actions and indirect statements have always proven it. Although, it now seems he has something to answer the fan’s favorite questions.

It’s the most asked question for years. Not only are viewers waiting for the answer, but the Sister Wives and their kids also want to know. After denying and ignoring it for years, Kody Brown has finally answered the question. In a promo of the Sister Wives: One-on-One Part 3, Kody Brown reveals whether Robyn is his favorite. However, he didn’t directly admit it but claims that his prior wives’ disloyalty is what led to the favor for Robyn Brown. In the special episode, the host, Sukanya Krishnan, finally jumped to the question after being criticized for not asking Kody hard questions.

The host asked Kody, “Is Robyn the favorite wife?”. Well, he hesitated initially and said that its the most “unfair question”. Kody said that she has no idea what sacrifices Robyn has made and what work she has put into their marriage. However, instead of responding immediately, Kody expressed his support for Robyn while indirectly mocking his other ex-wife and wives, Meri, Christine, and Janelle. Robyn hasn’t “played games” like the others, he observed. Kody told the host that it was not about a favorite but about getting a favor.

Talking about Christine, Kody explained that Robyn has never done anything than be kind to Christine. As usual, he attempted to distance himself from any fault and informed Suki that the issue was with “their” character, perhaps referring to Janelle, Christine, and Meri. Moreover, Kody suggested that his wife gains his favor by never letting anybody speak ill about him. From the start of their marriages, Kody accused Meri, Janelle, and Christine of “s**t-talking” him. The father of 18 wanted a woman who would uphold his image at all costs. At that point, Kody referred to Robyn as his favorite wife without referring to her as his favorite wife.

In the latest episode, Kody’s accusation of Janelle and Christine not being loyal to him was also answered. Christine and Janelle allegedly betrayed Kody’s trust. For the sake of Janelle, Christine quickly takes the offensive. Talking about the past, Christine claims that anytime she raised concerns about Kody in her talks, Janelle defended him. However, Janelle was surprised to hear that. She said that she thought she and Christine had been loyal, “But apparently, we are not enough”. Janelle also dodged the topic when asked if she thought Robyn was Kody’s favorite wife. Moreover, she said she and her kids believe that the amount of time he spends there is disproportionate.

In addition to Janelle, Christine, and their children publicly accusing Kody of partiality toward Robyn, Sister Wives fans have also felt that he does so. Janelle and Kody’s children, Garrison and Gabriel, expressed their father’s “true preference for Robyn” above his former three wives during a Season 17 episode, Janelle said. However, Christine said that she and Kody’s children had also seen his preference for Robyn and her kids. Christine noted that Kody’s affection for Robyn, his favorite wife, contributed to their 2021 divorce. When Kody said he wasn’t attracted to her because of how she treated Robyn, she thought he was making an excuse. Stay tuned to TV Season & Spoilers