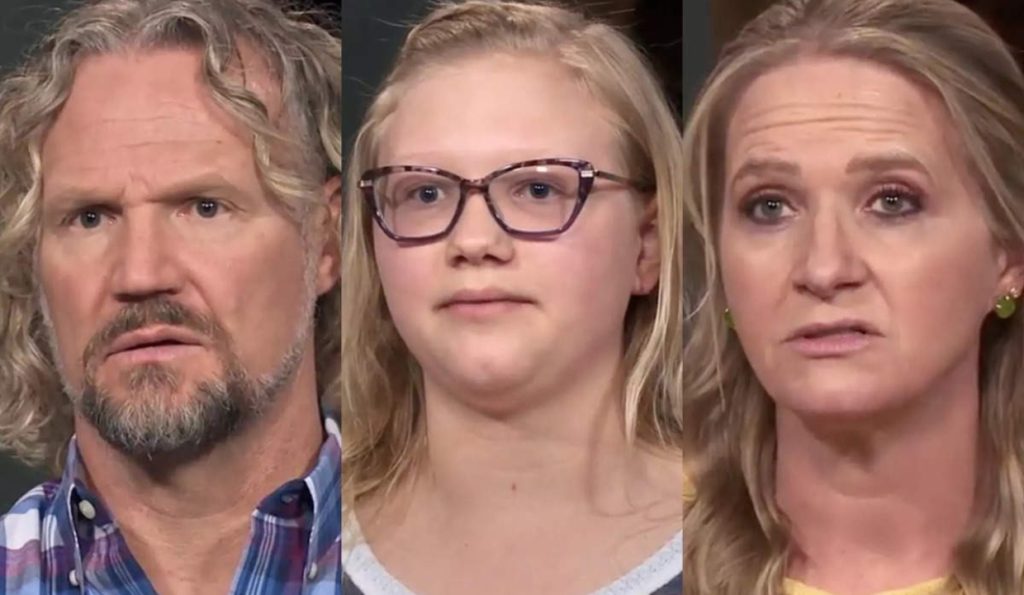 The Sister Wives fans know that the Brown family they knew is now broken beyond repair. Apparently, the decision to part ways with Kody and move to Utah didn’t only affect Christine’s life but had a huge impact on their kids as well. The most significant impact was on their 12-year-old’s life. Fans know that Truely was the last one to know about her parent’s divorce. However, she has been handling things with utmost maturity and grace. Yet amidst all this, the patriarch didn’t leave a chance to embarrass his kid. To know more, keep on reading.

Sister Wives: Truly Was Harassed For Not Smiling, Left Embarrassed

The recent episode of Sister Wives featured Christine’s last day in Arizona. However, the 50-year-old celeb mom didn’t expect anyone to gather and say an official goodbye. But, Mykelti made it happen. She convinced the Browns and her mom to be civil and say bye to each other. However, the evening wasnt a joyous one as Kody did his best to ruin it and make it awkward for everyone. Amidst all this, he didn’t even leave his 12-year-old daughter and slammed her for not smiling.

In the latest episode, Kody, during the gathering, asked Truely if she was okay with her move to Utah. His kid quickly gave an affirmative answer. Then interrogating further, he asked if she was happy leaving, and the 12-year-old again answered with a yes. But the patriarch wasn’t satisfied. Kody again added, “Are you sure? Where’s your smile? No smiles about it, huh? I’m sorry,” making his daughter extremely uncomfortable and nervous. As per Cheatsheet, furious fans took this matter to Reddit and slammed the father of 18.

A viewer wrote that this was Kody’s last attempt to demean his ex-wife as he expected the kid to reply with a no. It was basically an effort to change the narrative. Another one added that it is clear from the scene that their relationship is completely strained. However, it was evident that fans didn’t like the father-daughter conversation and thought it was odd.

As per the Sister Wives timeline, Christine recently revealed to her daughter that they are moving earlier than they expected. Fans know that telling Truely about their divorce was one of the hardest conversations the 50-year-old had to date. But telling her that they were moving that too sooner wasn’t easy either. However, it was shocking for the fans to watch the 12-year-old being all mature and handling things like a pro.

Christine asked Truely if she was okay, and the kiddo replied that, indeed, she was fine but didn’t expect things to happen this soon. However, the TLC star accepted that her daughter isn’t ‘excited’ to move. Yet, the matriarch is trying her best to alter her daughter’s life to the least. But she is sure that it is the best decision for her. Fans have witnessed Truely evolving as her mother usually keeps on sharing her achievements via social media. Keep coming back to TV Season & Spoilers