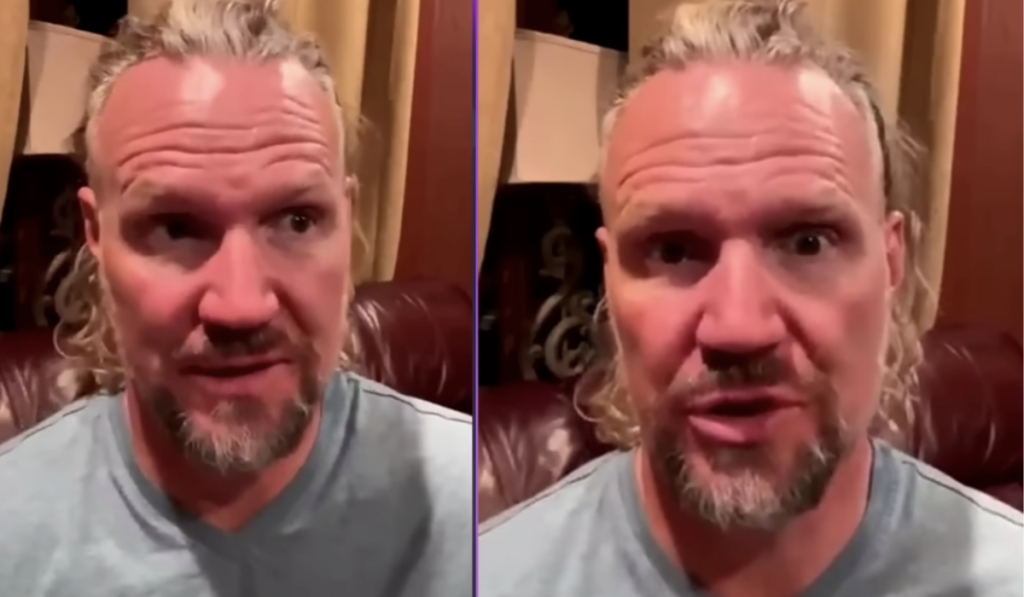 The Sister Wives fans have been seeing Kody for a long time now. And he has surely aged a lot. Looking at his recent pictures, the father of 18 looks dull and deprived of happy hormones. He uses a lot of his energy by screaming at the family members. Meanwhile, Kody and his wives have surely reached the age from when the body starts to give up. Papa Brown is 53 years old and seems like he’s suffering from knee and neck pain. What is up with him? Tune in with us to find out.

The Browns have a lot of things going on right now. Moreover, Kody Brown has been away from the limelight for a while. The reality star doesn’t use social media, so there’s no proper update about him. Meanwhile, avid viewers have found something concerning in Kody’s Instagram following list. Apparently, the reality star is following certain pages which detail knee and back pain. For many people at Kody’s age, it is normal to experience pain. However, it is also concerning because it might mean that the Sister Wives celeb is getting weak. Besides, compared to his wives, they seem much stronger than Kody Brown.

The first page that Kody follows is “Neckpainaid.” In their bio, the page allows the audience to get tips and help related to neck and back pain. Likewise, they also educate people about the topics. There’s a link attached to the profile about joint health. Another page that Sister Wives celeb Kody follows is the same as before. The profile states it deals with Knee and Hip pain. The profile has 862K followers, which could be a reliable source of information for people looking for knee pain aid. Looking at the surface, it could mean papa Brown is experiencing such pains. However, as Kody has never publicly addressed it on television, it is wrong to assume it is a possibility.

Kody Brown is set to unleash his hidden agendas in Season 17. TLC has posted a conversation between Kody and Christine, where the two are talking about their marriage. The polygamist sits face to face, and there’s a time when he subtly rejects anything the ex-wife tries to tell him. While conversing, the ex-wife talks about how Kody noted that everything was over between them. However, the Sister Wives celeb said he didn’t say that the marriage was over and just shrugged his shoulders. Then, Christine argued that Kody did say he wasn’t attracted to her. The family patriarch responded that he didn’t say those words and just “shrugged” his shoulders.

Fans believe that the family patriarch tends to gaslight people, and that’s what he has done with his wives. Meanwhile, during her confessional, Christine noted that Kodyshould’ve said much instead of just shrugging his shoulders. The reality star, at this point, seemed pretty angry and said she wouldn’t be spending time with someone who doesn’t respect her. Fans are glad that Christine chose to leave her husband. What are your views? Tell us in the comments below. And stay tuned to TV Season & Spoilers for the latest updates on Sister Wives.