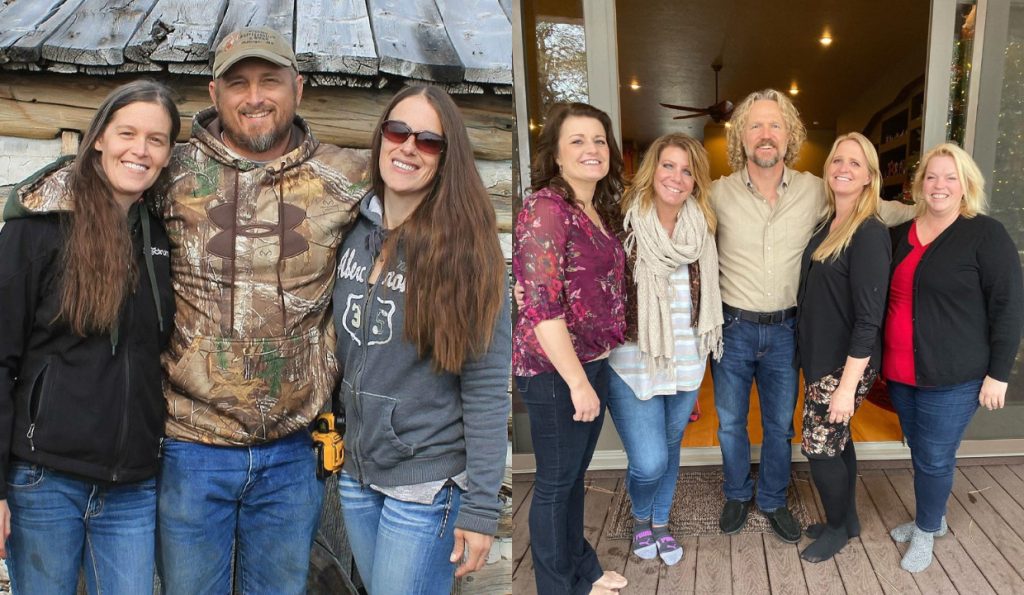 TLC: THE COLLIERS & THE BROWNS
News

The Sister Wives fanbase has come a long way since the show’s premiere more than ten years ago. Kody Brown and his partners, Meri, Janelle, Christine, and Robyn, continued to emphasize that they wanted to bring the mainstream audience awareness about the polygamous lifestyle. However, they couldn’t practice what they preached. That’s because the polygamist is down to one wife, i.e., Robyn. Now, the latest details reveal that another plural family, the Colliers, have also ended their marriage. They appeared on the show in Season 10. Keep reading to know more details about this!

The Sister Wives stars were in for a shock as the Tell All premiered. That’s because apart from Christine Brown, Janelle and Meri also announced their split from their husband. Although it was alarming for the audience, they were happy for these women for taking a stand for themselves. It turns out that the Browns aren’t the only polygamous family who pulled the plug on their unique lifestyle. Avid fans must remember the Colliers, another polygamous family who appeared with the Browns in Season 10. The family consisted of Nathan Collier and his two wives, Christine (second) and Victoria (first). Shockingly, Christine Collier also ended her marriage with Nathan, so he only has one spouse now.

Christine Collier confirmed that she split with Nathan in July 2022. Without mentioning much, the former wife stated that she and her partner had “irreconcilable d ifferences,” as per TheSun

. She added that she did not wish to air the information about the split publically as it was “personal”. While Nathan and Victoria had tied the knot in 2000, he did so again with Christine in 2007. Well, he and Christine had a marriage ceremony but didn’t sign the documentation for it as it was illegal in their home state, Montana. When asked if Christine (Collier) knew about the Brown family splitting up, she stated that she “stays out of everyone’s business” but found out about it through a friend. However, as per her, the Colliers and the Browns didn’t stay in touch with each other.

The Sister Wives fanbase has been reacting to all the updates about the Brown family. Many of them stated that they already knew that Robyn and Kody were going to be the only two in the plural family. That’s because the audience had already witnessed the head of the family mistreating his other wives for many seasons. Hence, it was high time they took a stand for themselves. The news of the Colliers splitting up has also led to some varying reactions from the fanbase. Many believe that the Brown family showcasing their troubles encouraged other polygamous families also to reconsider their lifestyles. So, they were glad that many members now had the courage to walk out.

However, some of them are upset that the TLC stars, in a way, have been inspiring other families to break apart. Others believe that the purpose of Sister Wives was to bring awareness about polyamorous marriages and not “ruin this generation”. After all, the Brown family splitting has become a huge deal in the polygamy world as they were the face of representing the lifestyle on such a large scale. Well, only time will tell what will happen to the Brown family. The castmates will return with the rest of the Tell All episodes from next year, i.e., January 1, 2022. Until then, TV Season & Spoilers is here with all the exciting and latest updates about the Sister Wives fanbase.