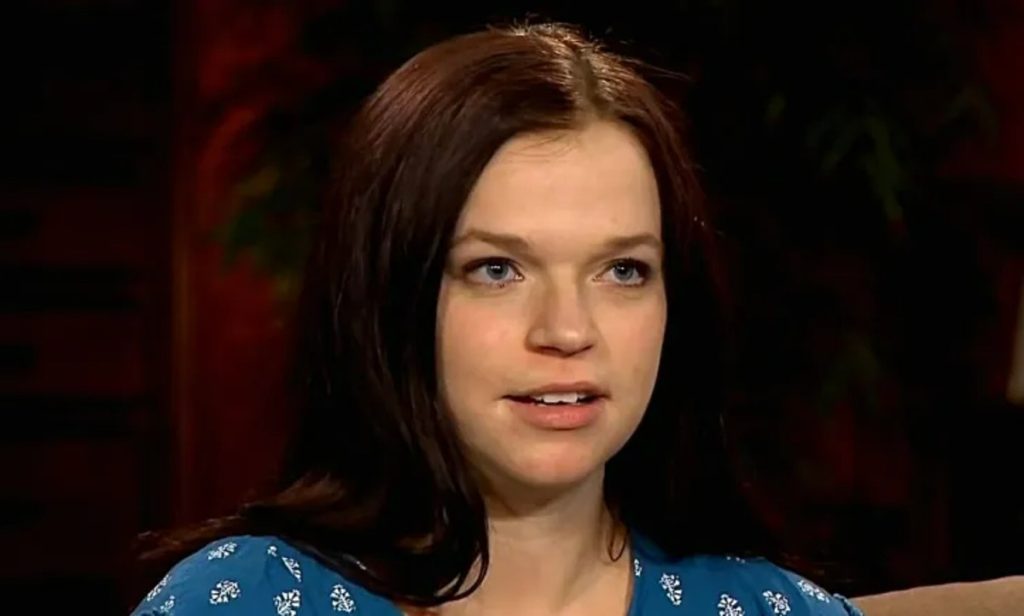 Sister Wives: Madison Brown Thinks That Her Third Baby Might Have The FATCO Syndrome

The Sister Wives star Janelle Brown’s daughter Madison Brown is currently carrying her third child. In early August, Maddie and her husband Caleb made the huge announcement. However, fans were delighted for the couple and congratulated them. Now that the family is growing, Janelle is eager to become a grandmother once more. However, Maddie and Caleb are already parents of two, a son Axel James and a daughter Evie. And fans are very well aware that her daughter Evie was born with FATCO syndrome. However, Maddie has been receiving several questions from her fans and followers. People have been asking whether the third baby will be delivered with the same problem as her due date approaches next month. Therefore, she posted a video and updated her fans about it.

Sister Wives: Madison Talks About Baby #3 Being Born With FATCO Syndrome As The Due Date Nears

Maddie posted a video in her Instagram story informing about her and her unborn baby’s health. However, in her video, she explained that bloodwork did not show any limb difference in pregnancy. The doctors did a highly comprehensive ultrasound. And hence the chances of it happening again would be equivalent to winning the lottery, she said. Therefore, the doctors aren’t “very worried” because they didn’t find anything strange, as per Monstersandcritics. However, despite the extensive testing, Madison assured her fans that until now, everything is good with the baby. Although it’s unlikely that her third kid would be born with FATCO syndrome, she mentioned that there are certain families where more than one child was born with limb abnormalities. But she assured her followers that there are very less chances of such a condition occurring.

Maddie and her husband’s second daughter Evie was born with an uncommon birth condition called FATCO syndrome. When Madison was 28 weeks pregnant with Evie, doctors noticed something unusual in the ultrasound. The Sister Wives star said that she instantly sensed a problem because it took the doctor two hours to diagnose the issue after viewing the ultrasound. And that’s when the doctor told her that her baby will deliver with FATCO syndrome as they couldn’t find all her ten fingers. As a result, Evie was delivered with fused fingers, a bent tibia, and a fibula in one of her legs. She even had to go through the loss of a thumb and a toe. At the age of barely one year, Evie underwent a Boyd amputation to increase her mobility. Hence, Evie uses a prosthesis to walk.

In 2016 the Sister Wives star Madison Brown married her partner Caleb Brush. Well, the whole wedding was filmed on the show. But as she exchanged vows with her husband, her appearance on the show got reduced. However, her social media presence has kept her alive in her fan’s feeds. It seems that Maddie always informs her followers about her everyday activities. Well, many Sister Wives fans are already aware of the fact that the star is currently expecting her third kid. In the month of August, Maddie shared a video of her lovely and huge baby belly on Instagram. The SW star kid captioned the post, stating that she was 33 weeks pregnant with her baby.

Madison continues by saying that in addition to feeling huge, she feels great and is filled with energy. In fact, she appears to be prepared to give birth, given the size of her baby bump! Moreover, Maddie had a glow on her face, short hair, and a lovely outfit in black. However, fans filled the comment section with tremendous love for her and her baby. A person said that Madison doesn’t even have a pregnant face and that she looks incredibly lovely. Another person said that if she hadn’t shown her baby bump in the video, no one would have been able to tell that the 27-year-old is pregnant because she is carrying it so beautifully. Additionally, there were reports that her tummy appeared to be shrinking. Her due date must thus be soon. For the latest Sister Wives updates, stay tuned to TV Season & Spoilers