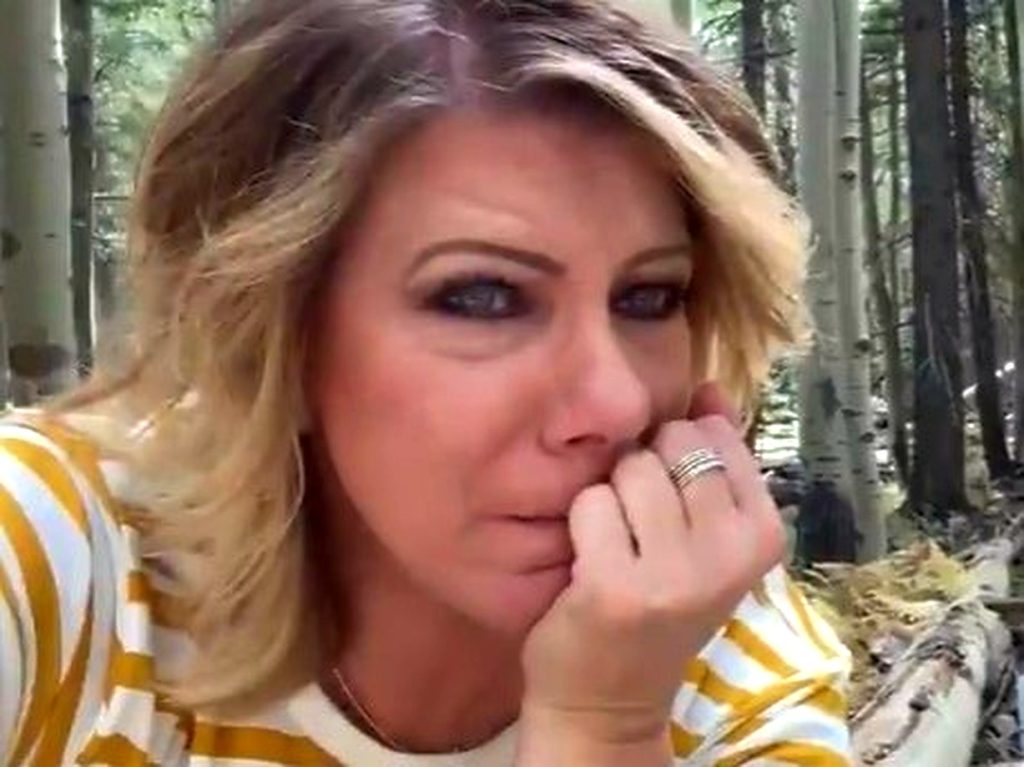 Sister Wives: Meri Brown HIDES From Fans After Stepson Accuses Her Of ABUSE!

Meri Brown often starred in Sister Wives as the lone wolf. From the beginning, she didn’t get along with the rest of the wives. Then, her relationship with Kody Brown also started to suffer. But, lately, a very shocking thing from the past came into the limelight. Christine’s eldest son Paedon Brown claimed that the first wife had been abusive towards him and some of the other adult kids when they were young. However, the star didn’t respond to these serious accusations. But she did cancel one of her weekly live streams, ‘Fridays With Friends.’ Did Meri do so to avoid the public eye after the abuse allegations? Keep reading to know more details about this.

As Sister Wives took over TV, viewers got to see how Meri has always been a lone wolf. They couldn’t understand the reason behind it, as she came off as decent. However, the latest allegations by Christine’s son Paedon Brown sent everyone in shock. Without actually using the word “domestic abuse”, he stated that Kody’s first wife’s behavior towards him and some of the other adult kids went way beyond the “verbal”. So, the fanbase quickly understood that the 24-year-old was referring to things getting violent. Since his interview with blogger John Yates, Meri has not yet tried to clear her name or responded in any way. However, she did provide an update through her Instagram handle lately.

It was regarding Meri’s weekly live session on Instagram, ‘Fridays With Friends.’ The Sister Wives star and her popular friend, Jenn, and some other of her companions would come live and interact with the audience. Well, it seems like the celebrity will not be hosting this week’s session. Apparently, Meri’s friend, Jenn, stated that they were going to be too busy celebrating her “birthday week.” Well, January 16 is her special day, and her buddies want to extend the celebration for an entire week. Many viewers are speculating that Meri is refusing to be in the public eye since the abuse allegations. Hence, she took this step. However, there is no clarification about this, just theories on the internet.

Meri and Kody Brown dropped a huge bomb on their fans during the Tell All episodes with host Sukanya Krishnan. Both of them revealed that they are no longer in a relationship. While the polygamist first lamented about fixing things with Meri, he realized it couldn’t happen. So, he finally stated he didn’t consider himself married to her. When the first wife was asked about this statement, she said being open to reconciliation if the castmate would allow it. But things went south after this reveal. Soon, the couple released a joint statement on Instagram saying that they took the decision to “terminate” their marriage. However, Meri Brown’s post was rather aggressive, and she slammed a lot of people.

Meri started off by saying that the Tell-All was heavily edited. She then slammed another publication for spreading lies that stated she had “confirmed” their separation. The celebrity then went on to say that she and Kody were still trying to fix things during the filming. At last, they finally announced their separation through a post on Instagram. They also talked of moving forward with kindness and still focusing on healing and mending their bond with other Brown family members despite their split. The fans also wished them the very best. Keep coming back to TV Season & Spoilers for all the latest Sister Wives updates.