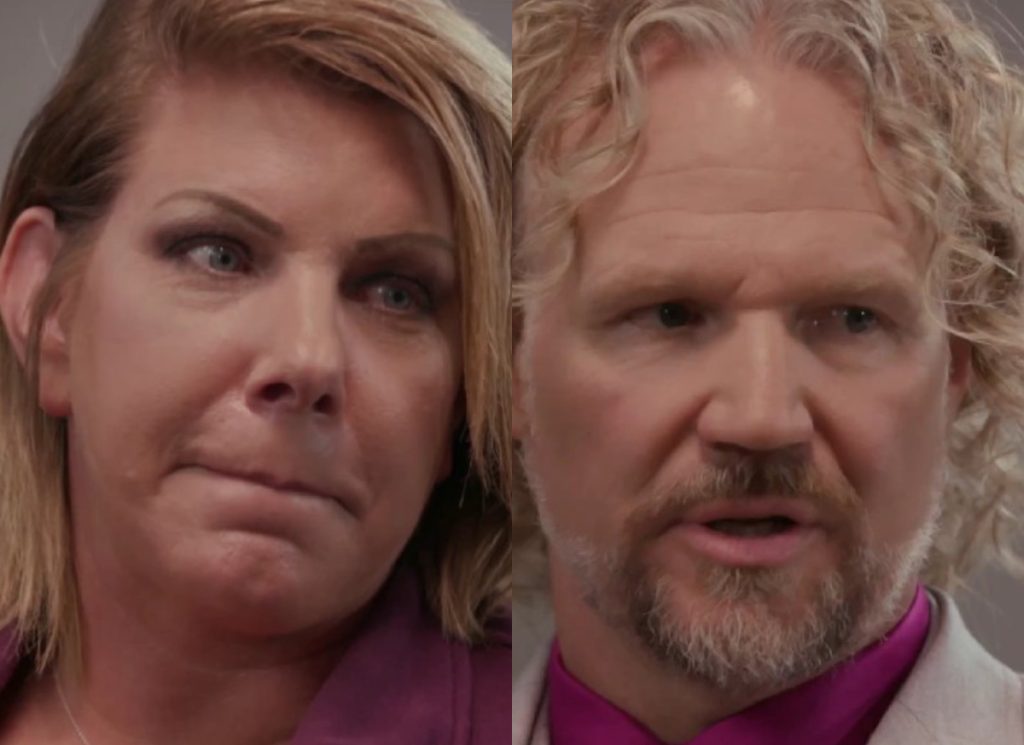 The Sister Wives’ latest seasons have blown off everyone’s mind. Apparently, the essence of the show that it used to have no more exists now. Perhaps lately, the seasons have been about divorces and their aftermaths. In addition to that, Season 17 came with two divorces which evidently didn’t shock the audience as it was a known fact now that leaving Kody is inevitable now for the wives. However, it seems that after the recent explosive Tell All, Meri finally spoke up about what was going on in her mind. We have all the information you might wish to know, so keep on reading.

Do what you preach. Fans are advising Meri Brown to “Do what you preach,” after the recent Tell All episode of the Sister Wives. Fans are well aware that Tell All usually comes as a lightning rod of controversy accompanied by a lot of drama and chaos. Apparently, this one also came up with revelations like Meri has decided to part ways with the patriarch. But you might be wondering if she is the same person who was criticizing Christine for leaving the Browns. However, the star recently took to Instagram and shared her picture with a long caption.

In the caption, she wrote that if you dont make waves, you’ll end up being mediocre and will do things that everyone is doing. Not only this, but she further added that either you seek everyone’s validation or do your thing on your own time. She said that even if people judge you and create stories about you. But don’t stop and find the courage to do your stuff. She ended her caption by saying, “Worthy Up, Sister!” Fans had a mixed reaction to this post.

Apparently, some praised her for finally getting her own voice and taking a decision. At the same time, others slammed her for her hypocrisy. A user commented that Christine did the same thing and did her thing in her own timing. But still, Meri mocked her, so fans asked her to “do what you preach” first. Another one chimed in and added that this is exactly what Janelle and Christine did, but Meri judged them. However, there were also people who appreciated her and said everyone was also proud of her. But still, it was ironic for her to write something like that because her actions in the past were completely opposite of what she is preaching now.

Sister Wives: Meri Brown Is Ready To Reconcile With Kody

A lot of fans believe that the Sister Wives star Meri Brown is a mosaic of hypocrisy and irony. It is shocking and ironic at the same time that Meri is preaching the “do your own thing” story after she has already accepted that she is ready to reconcile with Kody Brown. Apparently, the lone wolf didn’t decide to part ways with the patriarch. It was Kody who simply announced that he no longer considers himself married to Meri anymore. Hence, Meri wasn’t left with any choice and had to leave anyhow.

Fans feel that if Kody will still asks Meri to return, she will happily make her way back to the Browns. Hence, all the “do your own thing and let people judge” drama would be chucked off instantly. In that case, she’ll be happy to go back again and carry the decaying dead marriage for two more decades. However, it is evident that Kody is in no mood to reconcile with his first wife and is happy with Robyn and his family with her. Hence, watching how things unfold in the upcoming Tell Alls and seasons will be interesting. Keep coming back to TV Season & Spoilers for all the latest Sister Wives tea.