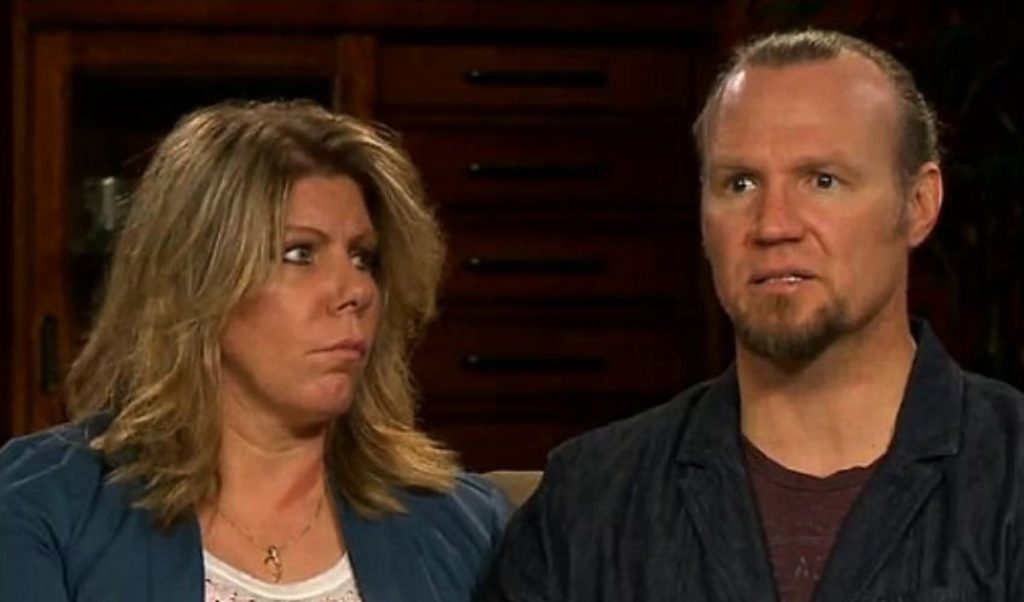 The Sister Wives has been under severe crises lately. One decision of Christine was capable enough to shake the pillars of the show to the core. Seasons 16 and 17 were the game-changers in the history of Sister Wives. Apparently, the family we knew no more exists! Lately, the show has been featuring Christine’s divorce and its aftermath. The aftermaths included Christine moving to Utah and Kody Brown’s quarrels with his ex-wife for custody and funds. But that is not it. Amidst all this chaos, it seems the polygamist is ready to end another marriage. To know more, keep on reading.

It’s been a while since the Sister Wives star couple Meri Brown and Kody Brown have been on a romantic page in the relationship. Apparently, Meri is the first wife of the patriarch and has been a constant support to her spouse since the beginning. The couple had great chemistry and love in their initial years of marriage. However, with incidents like Meri’s catfish scandal in 2016 and the arrival of Kody’s other wives, the couple’s relationship got weaker. Till Christine’s arrival, Meri was the patriarch’s legal wife. However, as soon as Robyn came, Kody, in order to adopt Robyn’s children, had to file a divorce from his first wife!

Talking about the couple’s intimate life, it has been over a decade since they’ve distanced. Apparently, after the catfishing incident, the polygamist straight away denied having a physical relationship with Meri! “I feel like my relationship with Meri is very good but it’s not a married situation,” says the patriarch in a recent episode! Recently during Meri’s B&B issue in Utah, Kody straight away suggested she move permanently to Utah and take care of the property.

Apparently, when Christine declared her move to Utah, the patriarch couldn’t take the shock. But he was fine with Meri moving to Utah. This clearly indicates that Kody doesn’t even consider her his wife.

Sister Wives: Why Meri Is Still Hanging On?

Sister Wives fans have often asked the star why she is even continuing with her dead marriage! Recently in a heart-to-heart talk with Robyn Brown, Meri, with tears in her eyes, accepted that it was hurtful for her that her spouse gave up on her. However, the favorite wife consoled her and asked her to ‘hang on’ and help her rebuild the family!

In an interview, the lone wolf apparently accepted that she didn’t marry Kody just because she loved him. But she also has a feeling that God wants them to be together. There’s also a possibility that her faith in the Mormon Church makes her hesitant to break a spiritual bond. She also has a fear of going to hell. Meri’s supporters also speculated that maybe Christine had left now, so there is a chance the patriarch would get time for his first wife. However, the viewers are waiting for Meri to get her own voice and get off the toxic dead corpse of the marriage she has been carrying for decades now. Keep coming back to TV Season & Spoilers