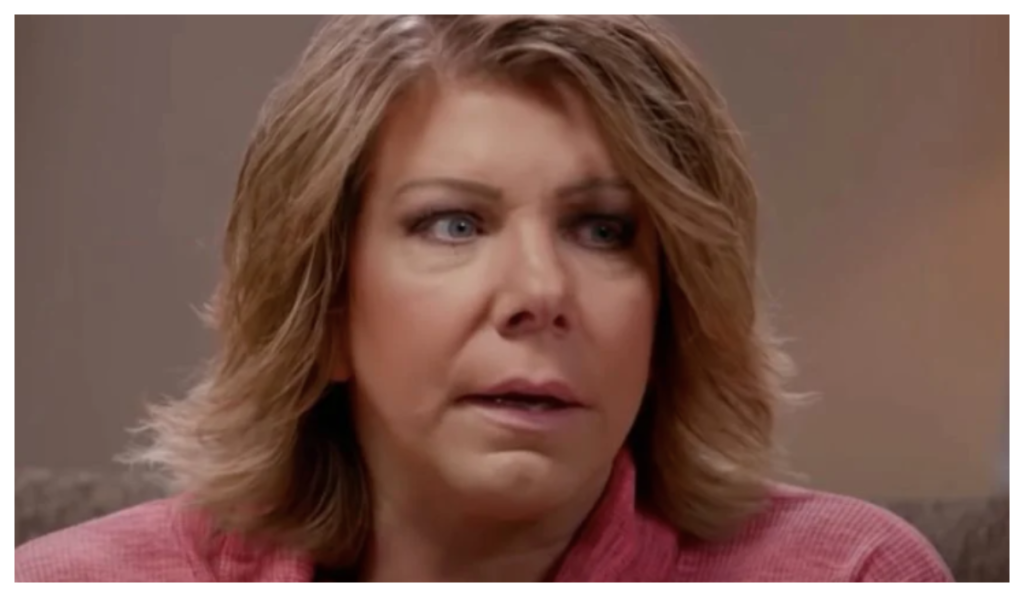 Out of all the wives, Kody Brown has emotionally neglected his first wife the most. In the beginning, things were great for the couple. However, when Kody married Janelle, the first wife felt jealous. And then, Christine came into the picture, and slowly, Kody stopped catering to Meri Brown. After that, the catfishing scandal-scarred Kody and Meri’s marriage. The Sister Wives celeb did regret what he did. But, the polygamist didn’t care to come back. So, the estranged relationship between the two became the reason for their present connection. And now, in a recent picture, Meri was seen without her wedding ring. Did she leave Kody? Read along.

Sister Wives: Meri Brown Let Go Of Her Wedding Ring! Over With Kody?

After Kody started neglecting Meri Brown, the latter couldn’t digest the reality. Moreover, there was a point when people started noticing that Meri was desperate for Kody’s attention. Likewise, the Sister Wives celeb kept posting cryptic messages on her social media. The messages were meant to be an indirect jab at Kody Brown. Some quotes also meant that the first wife was missing her husband, as TVSS reported many times. Hence, the TLC viewers assumed that Meri could never escape the loop of missing Kody. Besides, she made every effort to be in Kody’s good books. However, all in vain, the polygamist noted that he didn’t have feelings for his first wife.

Well, Meri did lose her integrity under Kody’s wrath. But it’s never too late. The Sister Wives celeb finally realized her worth and started enjoying her life. And now, her recent Instagram picture has shocked her fans. The reality celeb headed for some learning and adventure. Likewise, Meri Brown loves the life she is creating for herself. Amid that, the TLC viewers noted that Meri wasn’t wearing her wedding ring. The other fans chimed in, saying they hoped Meri finds the man of her dreams. One of the viewers also noted that the reality doesn’t have her wedding ring. Hence, per the fans, it’s proof that Meri and Kody aren’t together.

Besides, the people also know that the first wife is going on trips and adventures without Kody. Similarly, Kody Brown has stated that he doesn’t want to rekindle his romance with Meri. Hence, being in a marriage where the significant other isn’t ready to mend things is futile. The Sister Wives celeb doesn’t even hang out. So, it could be possible the two are separate. But Kody Brown doesn’t like to initiate divorce.

The TLC personality enjoys her life and often updates her fans on social media. And now, as Season 17 is around the corner, Meri Brown is all set to give her dashing style. The Sister Wives celeb loves to transition her looks every now and then. Likewise, she also keeps experiencing her makeup and hair. Hence, this time, Meri decided to chop her hair

even more. The first wife opted for straight bob hair. Before this, Meri used to flaunt her messy blond hair. The fans praised her for the new look.

However, some fans had a hard time adjusting to the new change look. Similarly, Meri’s makeup seemed minimal, and she decided on a lighter eye shadow than before. Well, how do you like her look? Tell us in the comments below. And stay tuned to TV Season & Spoilers for the latest update on Sister Wives.