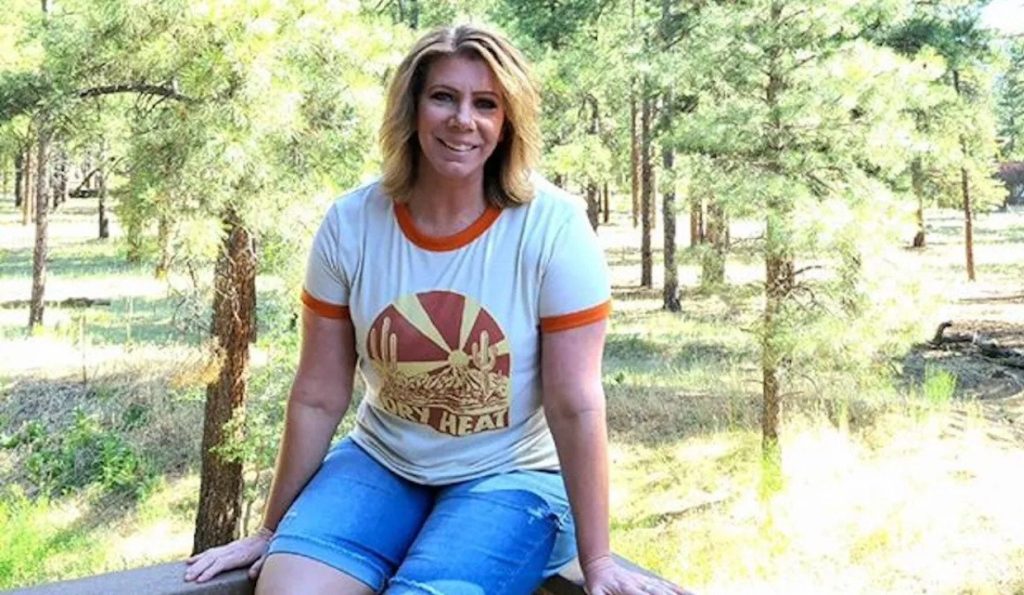 Meri Brown has been a reality TV celebrity for over a decade. In fact, she is a part of the famous show Sister Wives with her polygamist husband, Kody Brown, and his four wives, Janelle, Christine, and Robyn. Well, she has a huge fan following as the audience recognizes that the family doesn’t treat her well enough. Yet, she has shown utmost strength and fierceness in the series. Lately, the first wife took to her social media to share something new she did with her hair. Keep reading to know more details about this.

Meri Brown has always come off as a lone wolf in Sister Wives. Apparently, her marriage with Kody deteriorated a long time ago. Yet they are in this marriage as “friends”. Well, viewers find that to be very wrong. Hence, they always urge her to leave the notorious man just like Christine did. However, Meri has her own set of morals and continues to share about her life through Instagram. Lately, she took to her social media to host a live session. While doing so, the Sister Wives fanbase noticed something different. Apparently, Meri underwent a transformation.

It turns out that her blonde hair was shorter than usual. While Meri has always rocked soft wavy hair, they were straight in the latest video. Hence, the audience took to the comments section to talk about her new look. While some praised her for doing something new with her hair, others didn’t like it and stated she cut her hair “too short”. In any case, Meri has not yet responded to the reaction or made any new posts about herself. Moreover, fans are excited as ever to see her again in the new Sister Wives season, all set to return to TV on September 11, 2022.

Sister Wives: Meri Calls Christine Her Friend, Cries At The News Of Her Leaving!

Meri Brown has been one wife who doesn’t seem to be too close to any of the main castmates of Sister Wives. Well, this includes her husband, Kody, and his other partners, Janelle, Christine, and Robyn. However, she talked of something shocking in the new Sister Wives trailer. Apparently, the first wife was talking of Christine Brown finally leaving and divorcing Kody

. Hence, she started to shed tears while saying that the mother of six has been a “friend” to her and more than a Sister Wife. As a result, they were in shock to find out about this dynamic after never seeing them get along in the series.

Well, some assume that the news of Christine leaving would make the other wives reflect on their bond with her. Hence, the Sister Wives will realize that it has been deeper than they ever gave it credit for. In any case, fans were happy to see that both these castmates were coming close to one another and developing a good bond. Therefore, they are eagerly waiting for Sister Wives Season 17 to see how things will shape up with them in the coming episodes. Keep track of all the latest updates only through TV Season & Spoilers.