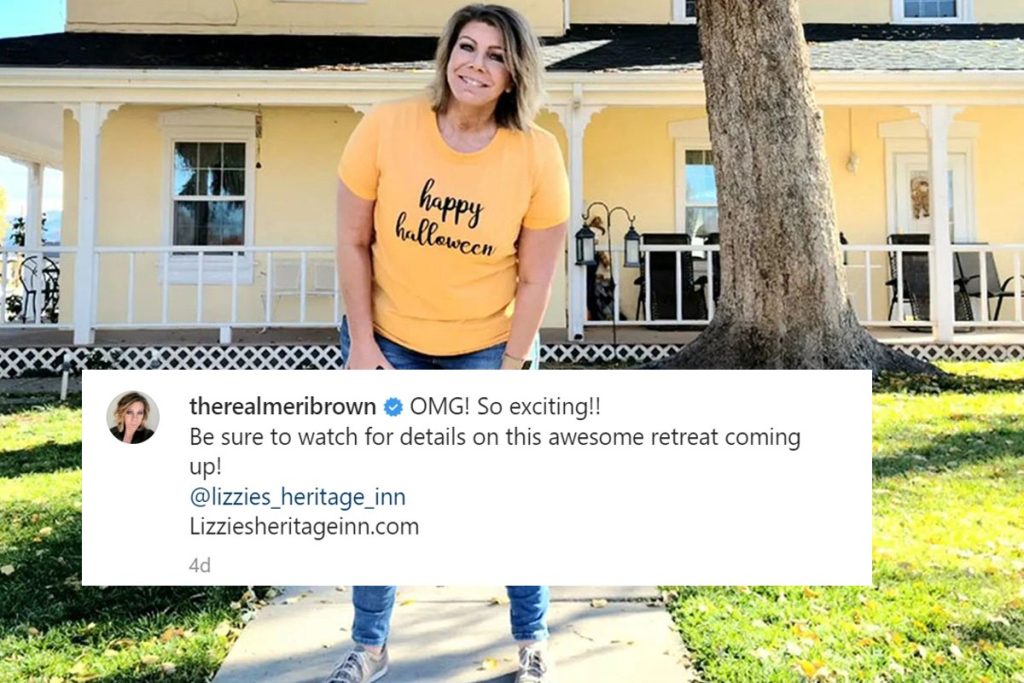 Sister Wives: Meri Brown Slammed For High Prices To Stay At Her B&B! Charging People To Talk To Her?

Sister Wives patriarch’s first wife, Meri Brown, was recently slammed for charging super high prices in B&B in Utah. She inherited Lizzie’s Heritage Inn from her mother after passing away in March 2021. Lately, amidst Kody’s never-ending drama, Meri decided to promote her B&B and offered some grand, exciting packages for people looking for vacation destinations. But the audience didn’t seem to react as she expected them to! If you plan to go on vacation, keep reading to know how much it will cost you!

The Sister Wives star recently took to her social media handles to announce her new packages. This is a four-day vacation plan on the weekends, which apparently is the last weekend before Thanksgiving. She also emphasized that this retreat’s main concentration would be ‘connection’ and ‘inspiration’. The NY times best selling author also added that it is open to all adults. She first made the announcement on Facebook via 14 minutes video, as per InTouch. Fans loved her proposal until she mentioned her so-called rates for the same. As soon as she mentioned her charges, she became the main focus of mockery for the viewers.

Brown’s weekend adventure would cost around $4,500 to $6,400. The cost would vary if the person wants VIP treatment or not. The standard package would involve four days and three nights at the venue with three meals of the day. Moreover, the traveling cost during the vacation is also included. Daily two to five activities with a goodie bag were one of its highlights. On top of everything, the packages also included spending time with Meri. The VIP package will specially have extra time with the star. Moreover, people loved the concept and the basic planning, but when they heard the cost, they had to pay. Things weren’t the same anymore!

The Sister Wives star did expect such a reaction from her fans. People went haywire and called Meri a cheater. People rushed to the comment section and expressed their views on the overly priced packages. A fan commented, saying that they are serving gold in their meals. Another fan also commented that she had just returned from a Paris trip, which only cost her a fraction of this amount, adding that she also saw the Eiffel tower and ate crepes. The third viewer added that Meri shouldn’t think that people will pay her this amount. No doubt her idea is great, but the cost is not reasonable enough!

Meri’s extravagant priced offers came just after the episode in which her spouse Kody Brown asked her to move to Utah in her B&B permanently. After her mother’s death, she asked Kody to suggest what to do with the inn. However, the polygamist’s suggestion didn’t go well with her spiritually wedded wife. Keep coming back to TV Season & Spoilers for all the latest Sister Wives updates.