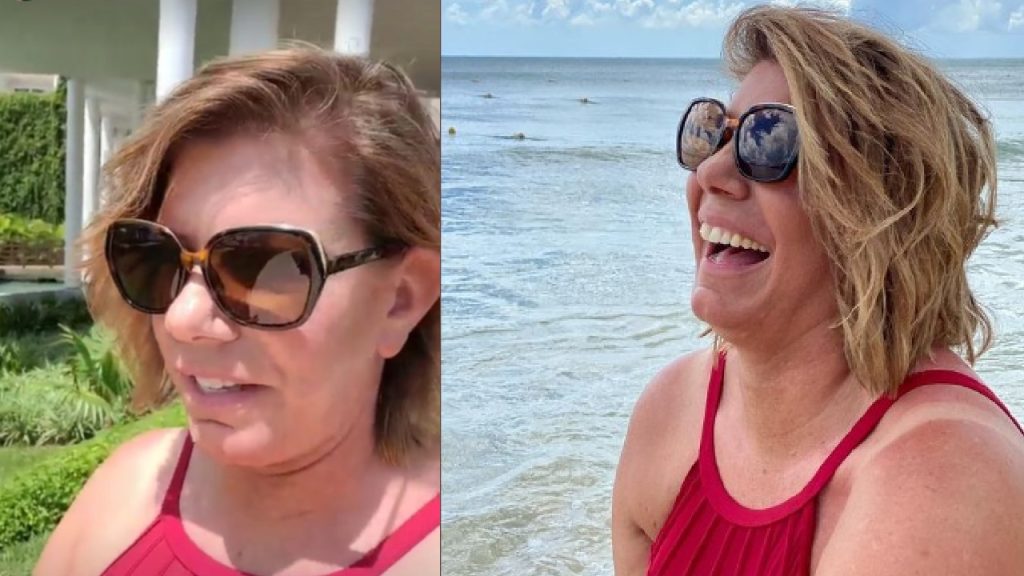 The Sister Wives on TLC is a show you can never get enough of! Every day they have something new to offer and loads to gossip about. The eldest wife of Kody Brown recently stunned the audience when she took to Instagram and posted a beautiful picture of herself wearing a red swimsuit. Amidst all the Sister Wives daily drama, fans feel that Meri Brown has finally decided to live her life to the fullest. Some even predict she would be the next one to leave the polygamous celebrity. To know more about her lone vacation and future plans, keep on reading.

The Sister Wives star Meri Brown is the first wife of Kody Brown. She is often known as the lone wolf of the family because she’s spent years in solitude and a loveless marriage. The spiritually married couple has agreed that they have a dead relationship. Yet, Meri tends to devote her life to the Brown family. Due to this, her fans are often frustrated because they have to watch their favorite star suffering. So, they frequently suggest that she leave Kody and live a life of her own. It seems that, finally, she has understood what w as best for her. Leon Brown’s mother was on a solo trip to Mexico, setting aside all the family drama that is being broadcasted on TLC with Season 17.

Meri has been sharing her snaps from her Mexico trip. Not long ago, she posted an alluring picture of herself in a cherry-red swimsuit while flaunting her beachy waves and tan. Her outfit perfectly complimented her light brown hair. Above all, her candid laugh stole the show! Fans were relieved to watch her being happy and finally living her life. They loaded the picture with loads of comments. A fan commented, “You look happy I hope that means you left Kody”. Another one said, “You look amazing!” Indeed, the star looked stunning and won the internet.

The Sister Wives star added a perfect caption to her picture, which says happy people do things that make them happy. Ironically she shared the picture just before the episode when Kody asked her to move permanently into her B&B. Fans loved the irony when she posted a picture of hers all happy and relieved, and that too from a ‘Solo Trip’. Due to her recent activities, Meri’s fans predict and hope she is the next one to leave Kody as her former sister wife Christine did!

Lately, Meri has been living the best of her life. She also posted a video on Instagram last week, chilling with her friends. Even a few hours ago, she posted a story that hints she is on a road trip. Her fans love her 2.0 version, which involves more of her and less of Kody. Viewers cannot wait for the upcoming episodes just to know what drama unfolds. Keep coming back to TV Season & Spoilers