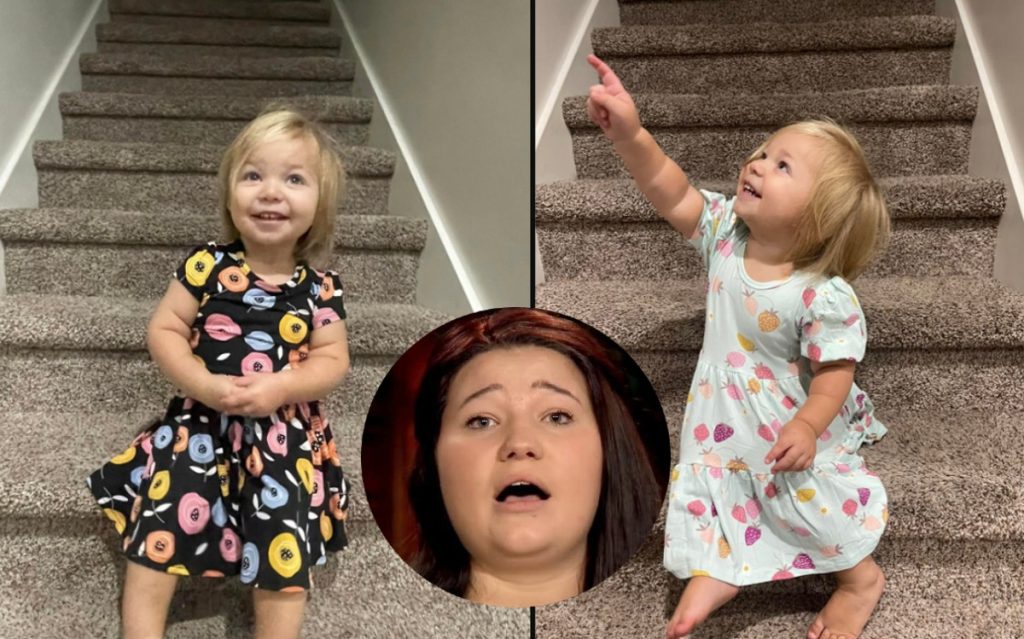 The Sister Wives fans have seen Janelle, Christine, and Meri Brown go gaga over LulaRoe. Though the company has received much criticism, these TLC cast members still support it. Moreover, the first wife often goes for meetings and training with the company. And now, Mykelti Padron’s daughter Miss Ava has joined the MLM too. The little one flaunted her cute outfits from the company. So, has little miss Ava started modeling for LulaRoe? Tune in to see pictures.

Mykelti’s daughter Avalon is one child everyone loves in the Brown family. The little one is naughty and often puts a smile on the faces of everyone around her. Likewise, the mother has often talked about Ava’s achievements. The little girl loves to keep everyone on their toes. Not only that, Avalon gets more headlines instead of her mother. Recently, Mykelti shared a cute video of her daughter dancing onstage. Hence, Sister Wives fans ab solutely adore Avalon. Besides, Oma Christine can’t help but get enough of her. And now, Miss Ava is taking big chances. Some new pictures have surfaced in which the fans saw Avalon posing in cute dresses. Ava was dazzling in the dresses, and it seemed like she was having a lot of fun in the pictures.

Meanwhile, fans loved the clothing on Ava. And they noted that the star kid is modeling for LulaRoe. The company has recently launched its children’s clothing line. The Sister Wives audience appreciated how cute she was looking. Another fan added that they hate LulaRoe, but Avalon’s clothes are cute. However, the same person said that LLR is still an MLM, so they don’t support it. Some people also accused the company of copying another brand’s design. Meanwhile, some buyers shared that LLR’s kids’ clothes are around $40, which is a lot. Well, Avalon’s smile did melt people’s hearts.

As fans discussed a social media pictures compilation on Reddit, they noticed something else. The Sister Wives viewers were shocked by the looks of Madison’s home. In a picture, Axel was laying on the floor with white beads around him. At first, it seemed like he had fun while playing. And as kids tend to scatter things, he probably did that. However, TLC fans took it otherwise. One person noted that whatever is happening in the “Axel” picture is their worst nightmare. Another stated that Maddie would find that everyone for months. It could be possible that a bean bag popped, and now the styrofoam balls are all over the floor.

However, one viewer shed light on the matter and revealed that styrofoam could be dangerous for kids. That’s because they tend to scatter everywhere, and it isn’t easy to clean every bit of them. Moreover, the same person slammed the mother for putting her kids in such an inhalation hazard. Though it will possibly not happen, many Redditors agree with this point. What do you think? Tell us in the comments below. And stay tuned to TV Season & Spoilers for the latest updates on Sister Wives.