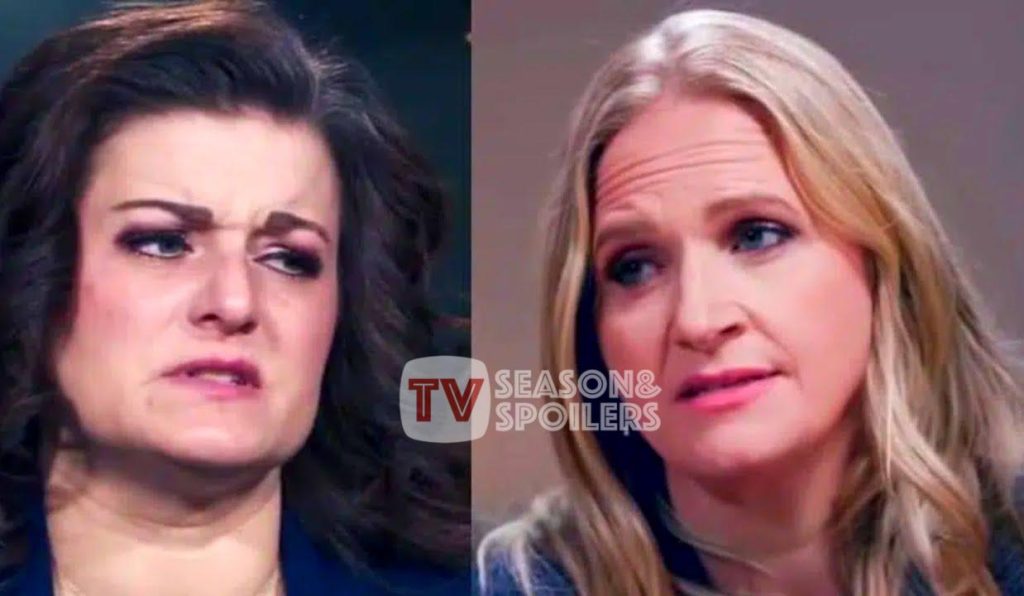 The Sister Wives latest season has heavily featured the aftermaths and consequences of the infamous divorce. Apparently, Christine took the decision to part ways with her husband, Kody Brown, in 2021. However, that one decision had a core impact on the Browns. The family cannot get over it and is finding ways to justify that it was the sole fault of Christine. Recently, Robyn Brown accused her former sister wife of lying to the family. To learn more about this allegation, keep on reading.

The Sister Wives star Christine Brown has already left Arizona and is now living a life of peace in Utah with her 12-year-old daughter. Before moving states, she had an outdoor conversation with her Sister Wives, and Kody Brown. But she got slammed by the fourth wife. Apparently, during a peaceful conversation about Christine’s intention to leave sprang up. Adding to the conversation, the patriarch exclaimed that he had an idea, as his daughter with Janelle told him about the same. Though he thought it was just a rumor and questioned Maddie regarding the same.

Apparently, Christine tried to justify by adding that several kids of the Brown family asked her the reason for staying with Kody after observing their struggling marriage. Robyn couldn’t control her calm at the moment and asked her why the kids were inquiring in the first place. Evidently, many Sister Wives star kids observed the couple’s diminishing chemistry in Flagstaff and well as in Vegas as well. As soon as Robyn heard Christine mentioning Vegas, she lost her calm and slammed Christine for lying.

Robyn mentions that she remembers clearly how the dynamics were in Vegas. She witnessed the now exes going on fun dates and having conversations with each other. After witnessing all this, Robyn couldn’t believe Christine at all. She doubts now if the couple was faking stuff!

The Sister Wives stars, Christine and Robyn Brown, have never been in each other’s good books. Apparently, when Christine was pregnant with her sixth child, Robyn entered their lives. During her entire pregnancy period, the polygamist was busy courting the newcomer. On top of everything, Kody even went on a long honeymoon with Robyn. The mother-to-be apparently missed her husband when she needed him the most. Christine couldn’t believe that Robyn had never noticed their deteriorating marriage.

During a recent interview as well Christine made it very clear that nothing has changed since her divorce. She hardly conversed with Meri and Robyn Brown after she left the town. Evidently, Robyn has been one of the core reasons for the infamous split. Christine also agreed that Kody’s favoritism for his fourth wife played a crucial role in her divorce from Kody. Yet she accepts that she will always have respect for Robyn because of the relationship she has with her daughter Mykelti. Apparently, Mykelti and Robyn have a special bond. But viewers know that Robyn and Christine can never build a bond because of their part issues. Keep coming back to TV Season & Spoilers