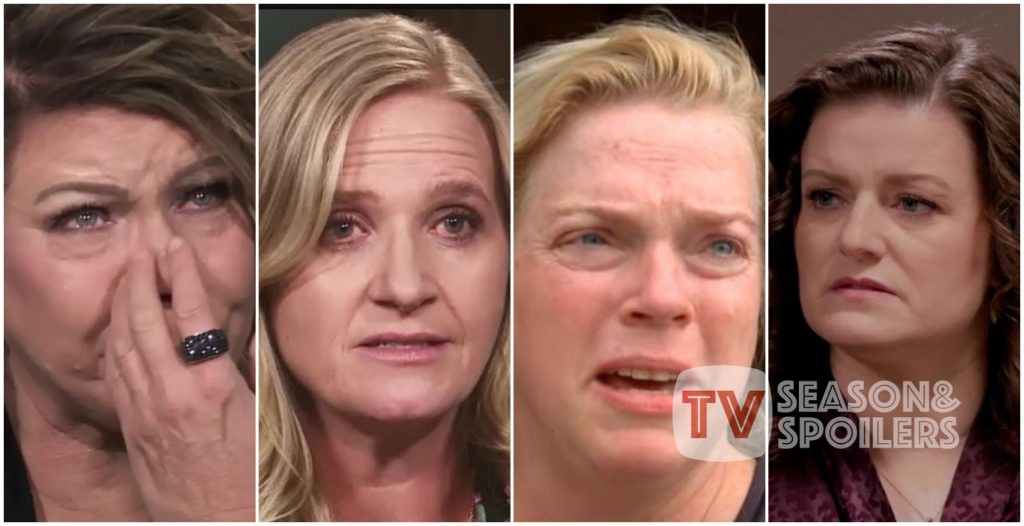 In Sister Wives, Robyn and Kody Brown have been like two peas in a pod. While most of his spouses might disagree with the man, his fourth wife always supports him. Moreover, over the years, many fans felt the notorious castmate was biased toward his new partner. Therefore, he overlooks all his issues with Meri, Janelle, and Christine. At last, it was too late for them to mend things, and all three wives ended up calling off their marriages. While everyone expected Kody Brown to blame them for his own shortcomings, another shocking thing happened. Robyn Brown backed him up again and said some extremely vile things about his partners. She even called them out for irrational things like stretch marks and weight gain.

The final part of the Sister Wives finally aired on TV. It had Kody and his wives talk about the inner turmoil in their family with the host, Sukanya Krishnan. After Meri, Janelle and Christine bared their heart out, it was Robyn. Well, no wonder she is the least-liked wife as she backs up her problematic husband, Kody Brown. There have been several instances viewers have called him out on his hypocrisy, but the man never learned, and his “favorite” wife backed him up. At last, she opened up about her perspective in terms of all the other spouses, i.e., Meri, Janelle, and Christine, finally ending their marriage with him.

As predicted, she blamed them for not “appreciating” the polygamist. As per Robyn, her ex SWs, Meri, Janelle, and Christine have “nagged” at Kody for what they didn’t get. Yet, the polygamist had his “romance going on” despite the fourth wife coming into the family and seeing the “weight gain” and the “stretch marks”. Robyn shamelessly stated that the other ladies were “stagnant” in their marriages. She wanted them to “work it out” despite the hard nature of their relationship. At last, Robyn stated that things were “different” and not “better” when the other three Sister Wives

bid adieu to both of them.

Robyn Brown never came off as a fan favorite. As mentioned above, her and Kody Brown’s notorious behavior made every fan’s blood boil. However, the former’s latest statement against all the wives has landed her in big trouble. Many took to their social media to address this. Therefore, a lot of them stated that this had been Robyn’s vicious side all along. However, she had gotten good at hiding it. But in the latest episode, she couldn’t. Hence, the viewers were very disturbed by her claims and shamed her. A fan tried to remind the fourth wife that Meri, Janelle, and Christine got those stretch marks by bearing all of Kody’s kids.

Another comment said it was “weird” how Robyn thought Kody being romantic with the other wives should have been problematic because of their stretch marks. There was another person claiming that the star’s “rant” was very “revealing” as she finally showcased her vile and unorthodox opinions about what should and shouldn’t work in a marriage. Another commenter wanted her to get a job so that Robyn would stop tearing down other women. But, there were again complaints about the host’s questioning. Fans felt Sukanya Krishnan didn’t go “hard enough” on the fourth wife. However, neither Kody nor Robyn have paid heed to these comments. As usual, they have been avoiding the backlash over their wrongdoings. Keep up with all the latest Sister Wives updates through TV Season & Spoilers