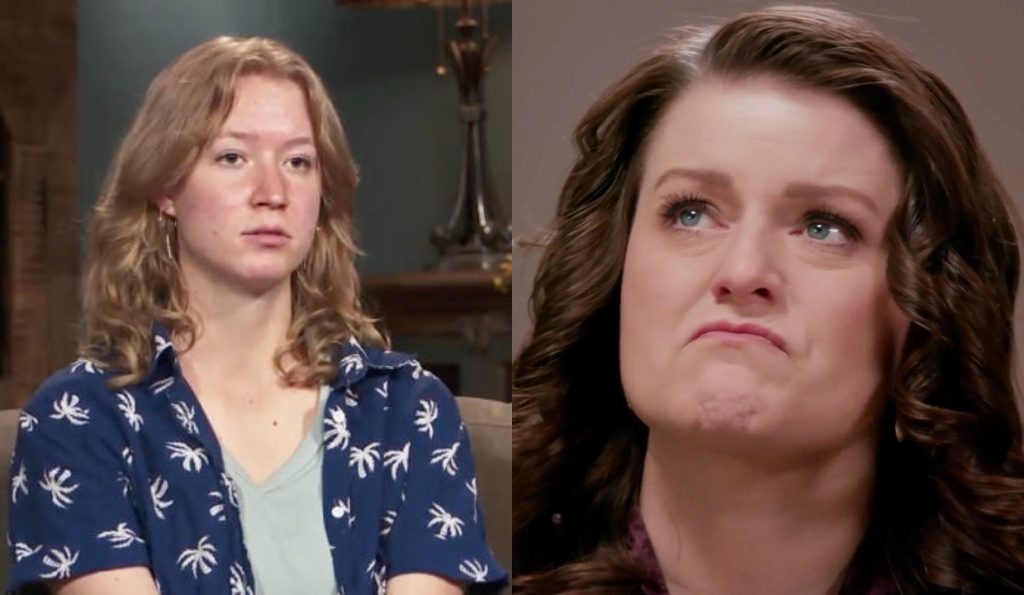 There is a lot that happens behind the scenes that the cameras don’t capture. Sister Wives star and Christine’s daughter, Gwendlyn, has proved this. That’s because she is now embracing her life as a reality TV star. Hence, the youngster started a Cameo to interact with the fans more. It turns out that she has been spilling a lot of piping hot tea about the plural family. While Robyn Brown has come off as the villain of the franchise on camera, things are no different off the screen. That’s because Gwen mentioned that the fourth wife had a shocking reaction to her coming out as bisexual and wanted to profit off from it! Keep reading to know more details about this.

Sister Wives: Robyn Brown Wanted Gwen To Use Her Coming Out Story For The Cameras! The Latter Exposes Her Step-Mom

Many viewers witness the toxic side of the Brown family through Sister Wives. Well, things are more problematic off-screen. The fans were in shock when they found out about this. Lately, Christine’s daughter, Gwendlyn Brown, made some shocking statements about Kody’s fourth wife, Robyn. It turns out she was talking about her coming out story. The famous daughter is 21 years old now and came out to her family when she turned 18, on her birthday. While her mother, Christine, knew all along, she was happy for her daughter and accepted her very warmly.

However, Robyn Brown had a contrasting reaction. The Sister Wives star wanted Gwen to “save it for the cameras”. She wanted her to hide her sexuality until the show starts filming. The then-teenager found this statement to be “disrespectful”. She didn’t understand why the fourth wife said such a thing to her. This isn’t the first time Gwen had addressed Robyn’s wrongdoings. In another one of her Cameo clips, the ex-child star mentioned that Kody Brown’s favorite wife is “worse” in person. She didn’t explain this statement more as the castmate doesn’t like “trash talking” about people. Many thought that Gwen made this statement after seeing Christine and Robyn’s fight in the latest episode.

Sister Wives: Robyn Brown Wants To Clean Her Image By Posing As An LGBTQIA+ Ally?

The Sister Wives fans had a hunch that Robyn Brown isn’t a good person on as well as off camera. Hence, her reaction to Gwen coming out as a ‘raging bisexual’ didn’t shock the audience. However, they couldn’t help but go back in time to the moment when Meri Brown’s child, Leon, had come out as gay. The fourth wife welcomed them with open arms and was happy for them to be living their truth bravely. Now that Robyn wanted Gwen to save her coming out for the cameras, many speculate that the youngest wife was faking it for the cameras.

As Leon’s coming out also happened in front of the cameras, many feel that Robyn’s reaction might not have been genuine. Their suspicion intensified when Gwen mentioned that the woman wanted her to save her bisexuality revelation to be recorded for the show. This again made the viewers furious, and they began to slam the celebrity for not bringing out the reality aspect of a reality show. How do you feel about Robyn after this disclosure? Tell us in the comments below. Keep reading more Sister Wives updates by staying tuned to TV Season & Spoilers.