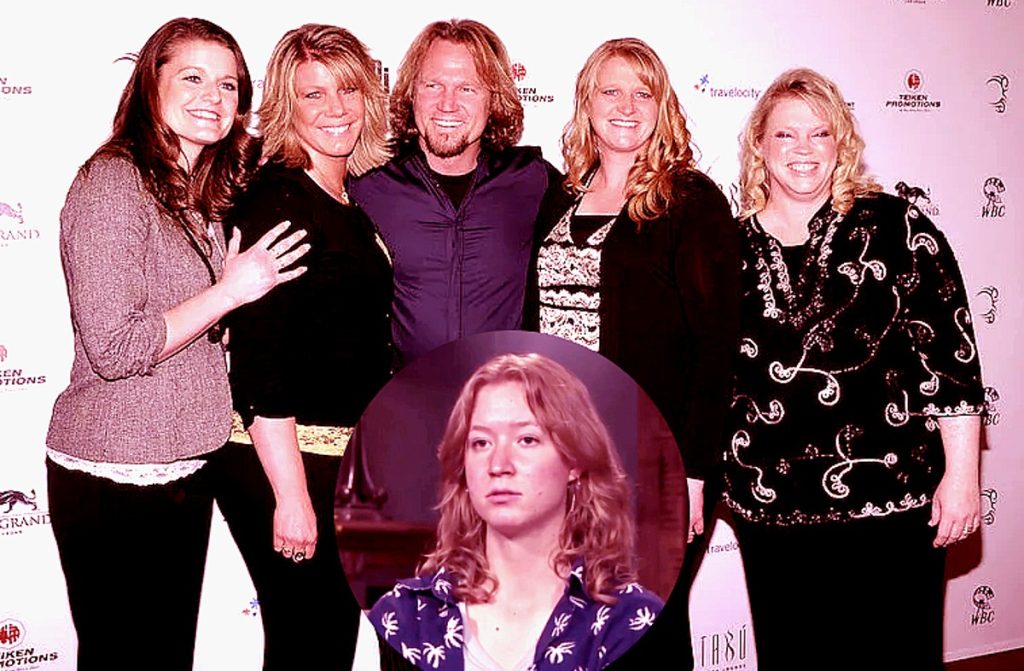 The Sister Wives is getting spicier as it moves further. The recent seasons heavily feature the aftermath of the infamous divorce of the family. However, the audience gets to know only what happens on the camera. But recently, Gwendlyn Brown decided to spill the tea and give a glimpse of the true happenings of the real Brown world. The star kid is Kody and ex-wife Christine’s daughter and apparently is the first one to raise her voice against her own father. Keep reading to know the dark secrets the star kid revealed.

The majority of Sister Wives star kids are grown-ups now. Now they can finally see how their mothers are getting treated by the patriarch. Due to this, most kids no longer have an attachment to their father. Apparently, Gwendlyn is one of those Brown kids who hates how the celebrity polygamist and other wives treat her mother. Lately, the star kid has decided to become candid and let the world know what’s happening behind the cameras of the Browns. The 21-year-old has joined Patreon and answers the questions for $5 to her fans. Not only on Pateron but on Reddit as well, Gwen replied to a comment revealing the family’s interrelationships.

Recently, a Reddit user asked Christine’s daughter as to why she didn’t like Robyn. The star kid answered by asking if there’s an all of the above option. Further adding, Gwen wrote that she doesn’t like to trash talk about people, but Robyn is ‘worse’ in person. Apparently, it seems that the star has witnessed the recent lash out of Robyn to Christine

and isn’t happy about the treatment her mother got in the episode. Fans are eagerly waiting for Christine’s tell-all memoir, but until then, Gwendlyn is a great source to know the show’s insights.

The Sister Wives star kid is on fire these days. Recently, Gwen started a live TikTok video with her best friend, Sarah, and answered many questions regarding the reality show. During her session, the fan asked if only Robyn, Meri, and Kody were still together. The 21-year-old star candidly answered ‘Yes’ and then maybe got a flashback of the NDA agreement, which everyone has signed in the Brown family. So she added ‘I Think’ to her answer to avoid spoilers.

The star was further asked why Janelle and Kody didn’t sit together at Logan’s wedding. Gwendlyn seemed confused and asked Sarah with whom her father sat. Apparently, the best friend guessed it right, Robyn Brown. Gwen mockingly answered ‘obviously’ with his wife. This clearly indicates that maybe Janelle has left Kody and is just waiting for the right moment to reveal. However, even if she had left the polygamist, she would still live in Arizona because of the family property in the Coyote Pass. Fans are eagerly waiting for the upcoming season. Keep coming back to TV Season & Spoilers