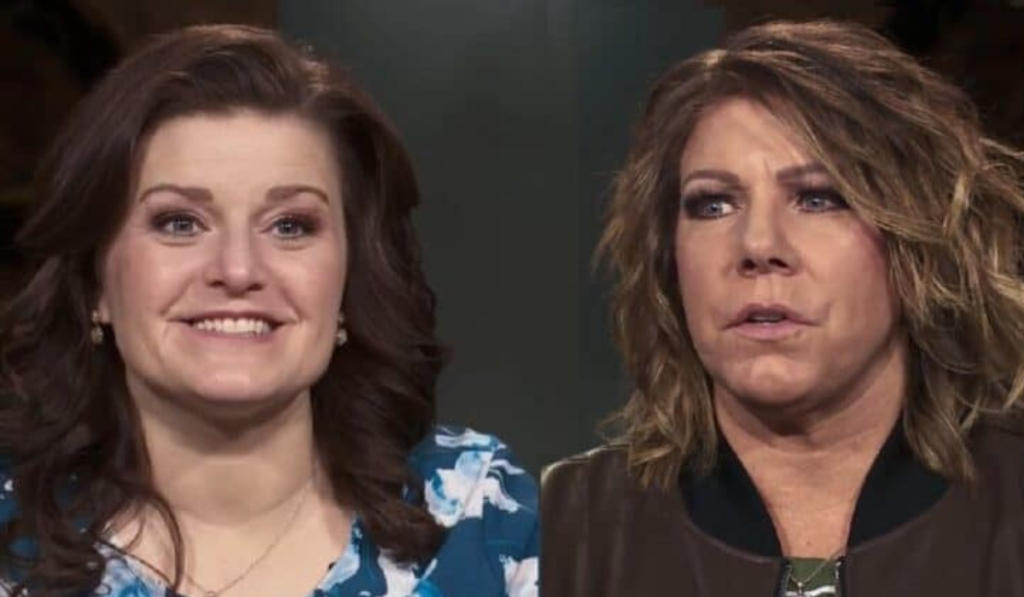 Kody Brown’s relationship with his wives isn’t pleasant. The Sister Wives celeb has strained connections and doesn’t even help to rebuild it. Meanwhile, it seems like there’s a love triangle going on in the Brown family. Apparently, fans have noticed that Meri might have a soft corner for Robyn. In addition, there are cases where the first has shown her support and care for the favorite wife. So, what’s going on between the two? Does Meri have feelings for Robyn Brown? Tune in with us to find out.

Sister Wives: What Is Going On Between Meri & Robyn Brown?

Could Meri Brown be in the closet? This is a question many fans want to know. The Sister Wives viewers know that the first wife was always welcoming of Robyn. Even though Janelle and Christine saw some red flags from the fourth wife, Meri never had a problem. In fact, she went on to become best friends with Kody’s favorite. Likewise, during the pandemic, Meri followed every notorious that the couple set up. Hence, the TLC audience is speculating that the first wife might have a soft spot for her sister wife. Moreover, Meri’s friend once joked about her being in the closet.

Now, the latest trailer has made people question it again. After Christine’s dramatic exit, Robyn and Meri Brown were crying, and later they hugged. However, the hug didn’t seem normal, and it looked like there was more to the story. Per a Reddit user, the first wife seems to be in love with Robyn. That’s because, over the years, the Sister Wives celeb has always been protective of the fourth wife. Besides, the first wife kept trying to meet Robyn during the lockdown. Hence, theories are rising that there could be an actual love connection from Meri’s side. Likewise, the embrace coming from Meri seemed a little bit serious.

However, again, some people noted that the editing and production might be the main play. The Sister Wives fan club does wonder about Meri’s sexuality. Some say that maybe seeing her child Leo gave Meri some light to understand what she wanted. Though the theory is far-fetched and doesn’t have accountability. Moreover, determining someone’s sexuality over a simple scene is difficult and not right. Hence, TVSS does not support such assumptions.

Those who still speculate that something could be between Meri and Robyn have much to say. Looking at the past relationship dynamic, the first and the fourth wife spends much time. However, when Robyn asks Kody’s first wife to “hang on” with her, it might be part of her plan. Well, the Sister Wives fans also speculate that the fourth wife knows Meri’s feelings towards her. Hence, she is trying to manipulate her according to her own will.

Besides, this isn’t the first time Robyn has tried to take advantage of a situation. After Kody neglected Meri’s emotions, it might be that the first wife came closer to Robyn during that time. Similarly, they started spending more time together. And now the Sister Wives celeb has developed feelings for her. Besides, the first wife was excited when Kody mentioned he would be adding a fourth wife. Do you think Meri has feelings for Robyn? Tell us in the comments below. And stay tuned to TV Season & Spoilers.