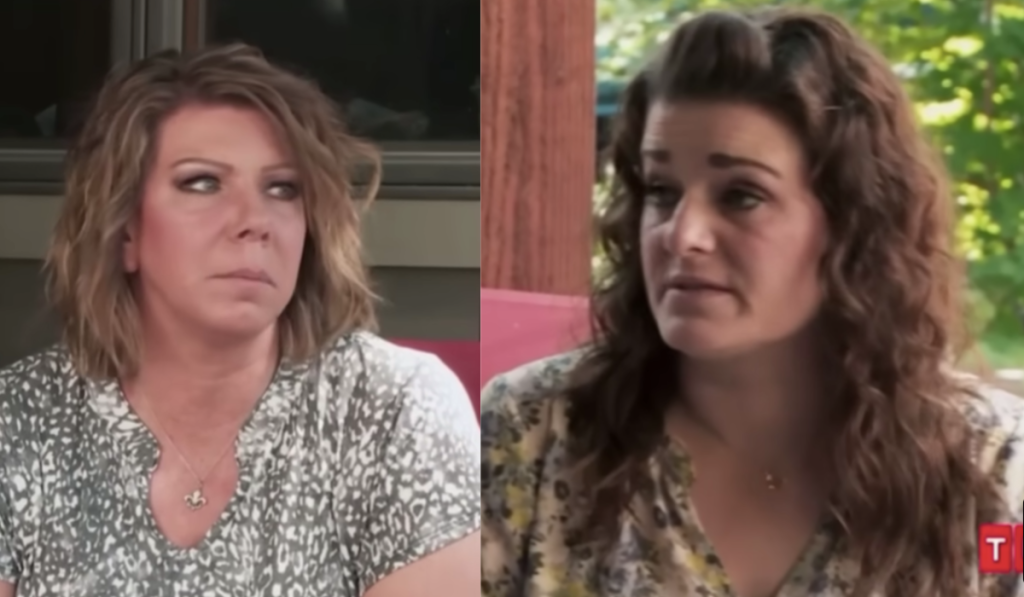 As Christine leaves the Sister Wives nest, it looks like Robyn Brown has taken charge of healing the family. The fourth wife has always crafted her way of making people believe she wants the best for everyone. When Robyn joined the clan, Kody’s actions towards his other wives and children changed. Besides, as Christine left, Robyn weaved her words and manipulated Meri not to leave the family patriarch. What did she exactly say? Tune in with us to find out.

Kody’s relationship dynamic with each of his wives is different. Once upon a time, he used to cater to every wife’s needs. However, when Robyn joined the den, Kody Brown’s attention shifted to her. Likewise, things started to startle in the family, and each wife had a problem with Robyn. Moreover, the family patriarch missed his daughter’s surgery to be with the fourth wife. Hence, focusing on all the evidence, the Sister Wives fans have always found Robyn as the family breaker. However, in the latest trailer of Seas on 17, when Christine announces her departure

, everyone seems shocked. In addition, the fourth wife cried at the thought that why Christine and Kody are unable to sort things out.

So, while discussing the situation, Robyn sits down with Meri Brown and tells her that she is not ready for Christine to leave. Then, the fourth wife asks Meri Brown to “hang on” with her. The fans speculate that Robyn’s statement was directed at meri to manipulate her. The Sister Wives viewers believe that Robyn is trying to play on Meri’s belief and manipulate her not to leave Kody. Besides, some people also say that Robyn wants Meri in the family as she is one of the breadwinners. Therefore, the fourth wife is trying to keep Meri on a leash to keep the cash flowing in. More so, Katie from Without A Crystal Ball noted that Robyn Brown also wants Meri to be with Kody so they can go to heaven as per their religion.

Similarly, Katie also explains that Robyn is asking Meri to stay with Kody without receiving any commitment from him. The Sister Wives celeb has noted that he doesn’t want to be with the first wife. More so, the couple hasn’t been intimate for more than a decade, and the patriarch doesn’t even consider her emotions. Therefore, Robyn asking the first to stay in a dysfunctional marriage lets the idea flow that Robyn is just trying to control Meri into staying in a toxic relationship.

Sister Wives: Here’s How Robyn Mocked The Other Wives

The latest Sister Wives Season 17 trailer is highly focused on Christine leaving Kody. However, avid viewers have noted that Robyn Brown’s inner intentions and mockery are also displayed on the screen. So, when Christine tells the other wives that she has decided to leave the patriarch, keen observers see Robyn’s putting a smack. A Reddit user pointed out that Robyn Brown wore an “infinity necklace” when she went to meet the other wives. So, an infinity sign symbolizes “forever connection” or “ever-lasting” love.

However, by wearing the necklace when Christine leaves the patriarch, fans believe Robyn was trying to troll her. Another fan stated that Robyn wore the “infinity necklace” as a spoof. Well, do you think Robyn Brown manipulated Meri to be with Kody? Tell us in the comments below. And stay tuned to TV Season & Spoilers for the latest updates on Sister Wives.