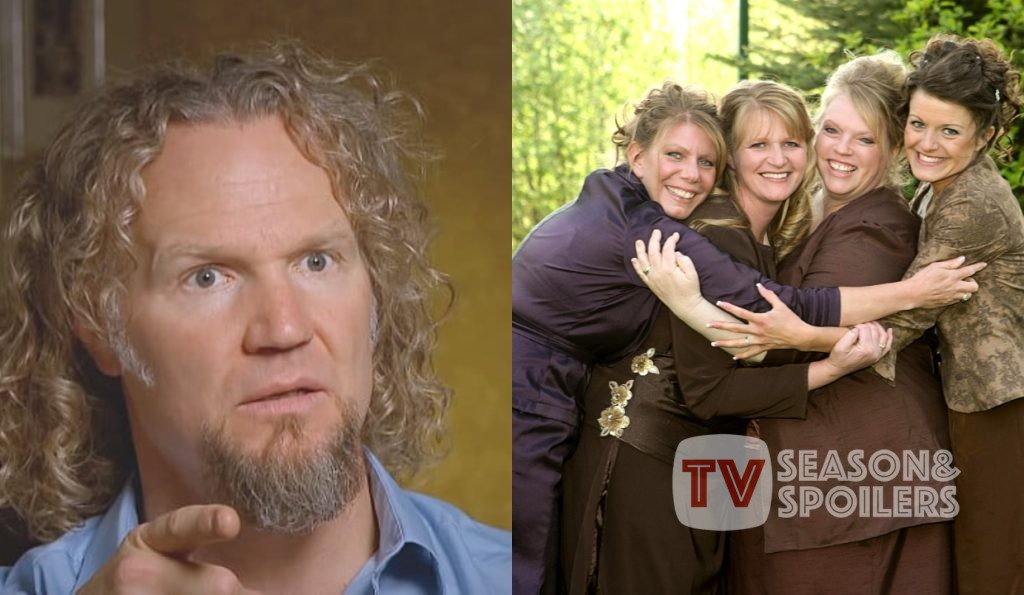 Kody Brown and his four wives made their debut on TLC almost ten years ago. A lot has changed over the decade, and the show Sister Wives has become an absolute hit. For instance, Christine and Kody are no longer together. All his relationship, other than the one with Robyn, has been ruined. Teh star has been dealing with these things in the latest season of the show. With all this happening, one of his daughters announced her engagement through the social media platform. Viewers couldn’t help but reflect on the irony of the situation. Keep reading to know who it is and what’s going on with the Browns lately.

Kody Brown has been going through a tough time in the latest Sister Wives episodes. When the new season premiered, it opened with Christine Brown finally telling her husband about her decision to leave him. In a few more episodes, the patriarch tried to convince her to stay and how they can work on their marriage together. But it was too late. Christine also announced her wish to move to Utah and leave the rest of the family in Flagstaff. Along with this, Janelle was also having issues with her husband as she moved into an RV. Kody is not happy with her living conditions and conditioned to shame her for her haphazard decision. While Meri always remains sidelined, he only has a good relationship with Robyn now.

While things have hit the Rocky road in Kody’s life, his children are flourishing. Christine and Kody’s daughter, Gwen, recently announced her engagement. She was in a relationship with Beatriz Queiroz for a long while, and they decided to take the next big step in their relationship. Sister Wives fans have been wondering how Kody Brown has been feeling about his kids’ milestones. His other son, Logan Brown, also got married this year. Kody had mentioned in his tell-all that he has been going to “grief counseling”

to deal with his emotions better after his marriage began to suffer. Hence, viewers believe it must not be an easy change to deal with. They also feel that it is Kody’s karma for not treating his wives right in the first place. In any case, the audience was also happy to see the man working hard on himself.

Gwendlyn Brown has been getting comfortable about sharing her life with the public. The Sister Wives star also came out in the show’s latest season as a bisexual woman. However, she had made a post regarding the same earlier on her Instagram handle. With this, she also introduced her girlfriend, Beatriz Queiroz, earlier this year. Both the ladies have showcased all their adventures on Instagram and seem to be deeply in love. Gwen also announced something major through the same platform. It looks like the couple is gearing up to say “I do” to one another.” That’s because they are engaged.

Gwendlyn took to her social media to share some sweet moments from her proposal. It had her and Beatriz sitting in a scenic place with snow all over. Multiple roses also surrounded the ladies. The Brown family member later urged her followers to check her Patreon handle. That’s because it had more pictures of their proposal and the story behind it. Gwen and Beatriz are already living together for a few months. They have not yet announced their wedding dates yet. Keep coming back to TV Season & Spoilers for more Sister Wives updates.