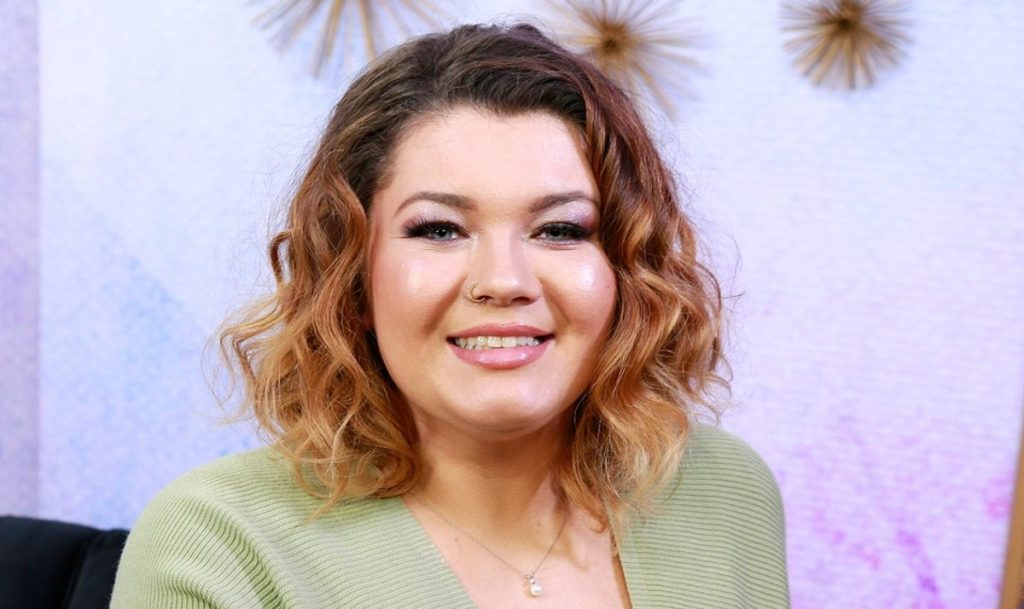 Teen Mom has accounted for the histories of a lot of women. Starting from 16 and Pregnant, Amber Portwood has been a part of the show since then. She reappeared in the Teen Mom spin-off series until its conclusion in 2012. The reality-tv star came to light after a documented episode of the show, which aired in 2010. The episode recorded Amber’s domestic violence against her partner, Gary Shirley. Shockingly, Portwood was later jailed for the offense. Her ex-boyfriend, Andrew Glennon, also fell through the same fate and was subjected to domestic violence by Portwood. With a criminal history, she has had a lot on her plate. Amber is always surrounded by controversies. Yet, she never fails to be active on social media. Recently, she posted a new picture, that has stunned that fan.

Teen Mom star Amber Portwood, 32, took to her Instagram to share a picture from the past. It was a picture of her attending the MTV Movie Awards in 2015. She wore a white dress accessorized with a blue belt that matched her dark blue heels. The reality-tv star completed her look wearing black-rimmed glasses and bright red lips. She had also dyed her dark hair red during that time. Amber also posted a meme along with the image, which stated, ‘There is more to love’.

Portwood captioned the post, stating, “I hope you all had an amazing weekend. I was able to relax and stay warm”. Fans took to the comment section and complimented Amber for her stunning outfit. They said that the star was glowing and her hair color was gorgeous. Many other positive comments came through the Teen Mom star’s Instagram post. Fans following Teen Mom’s journey would be aware that Portwood is a mother to two children.

Amber had her first daughter, Leah, with her high-school partner, Gary Shirley. She also shares another child, James, with her former boyfriend, Andrew. However, Portwood lost custody of both of her children

due to her criminal records, suspected mental health issues, and instability. However, the mother of two has not lost hope for her son, James. She is willing to fight to get his custody back by doing the right thing. Although, she is allowed to fly to see James anytime she wants. It should be noted that after separation, she was left alone in Indiana while her ex-boyfriend and son lived in California.

The Teen Mom’s four-year-old son lives in California with his father and grandmother in a large mansion. However, Portwood keeps flying back and forth to see her son. She worries that her son will not forget her and is willing to do everything she can. Amber agreed to a short paparazzi interview at the airport and revealed a few things. The reality-tv star expressed that she is doing very well with the whole loss of custody arrangement issue. She added that Portwood is jumping through the hoops and has even finished some of them.

Even Andrew and James can take a flight to see Portwood whenever they wish. Although, Amber requires permission and is supposed to rent an Airbnb on her every trip to California. The mother agreed that it is becoming a challenge for her to adjust to two different locations, but she is doing better than she did in the past. Portwood also added that she is trying to manage the co-parenting relationship with her former boyfriend, Andrew. Well, we wish good luck to the parents. What are your thoughts on this complicated situation? For more exciting news updates, stay tuned to TV Season & Spoilers.