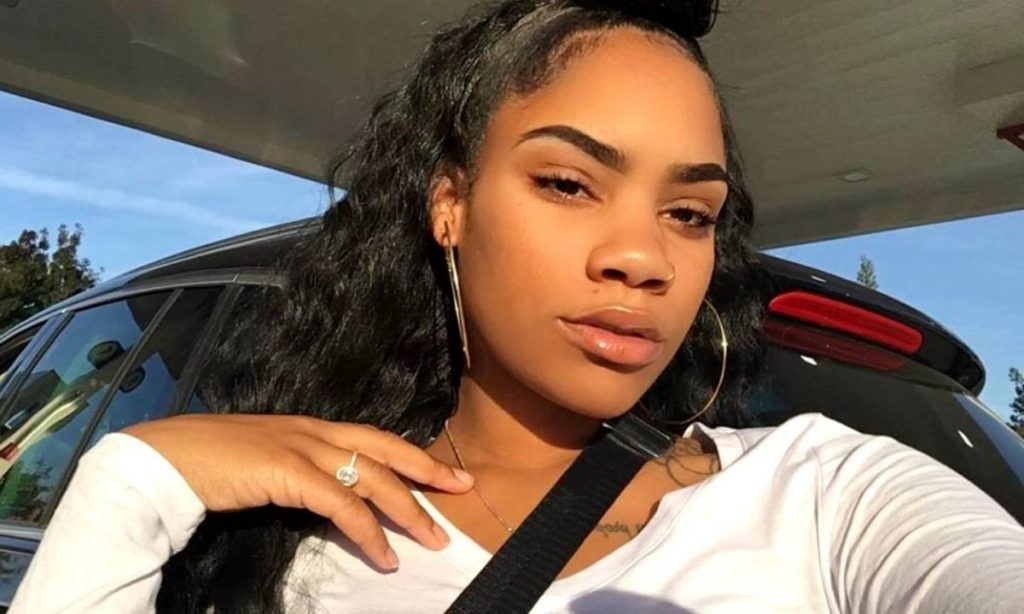 Teen Mom: Ashley Jones Expecting Another Baby? Is She Pregnant?

Ashley Jones’s life is not all sunshine and rainbows right now. She is in the midst of some really troublesome times. Recently, her elder brother passed away, and MTV’s Tweets irked her and her husband, Bar Smith. So, the Teen Mom Reunion star is surrounded by a lot of drama in her life at the moment. However, she has a happy and healthy relationship with her husband and daughter. But her relationship with other cast members of the show might be rough as Ashley got into some brawls with the other co-stars. There are speculations going on about her pregnancy too. Continue reading to know what has been going on with Ashley in detail.

There have been several rumors about the Teen Mom Reunion star Ashley Jones regarding her second pregnancy. Recently, a new episode of season 2 of Teen Mom Family Reunion aired on TV. In the episode, it was clear that Ashley, her co-star Briana DeJesus, and their mothers, Roxanne and Tea were in a tense situation. Furthermore, their verbal fight later turned into a scary physical altercation. The brawl began with rumors circulating about Ashley being pregnant again. Well, Catelynn was responsible for this as she began informing the other cast members that Ashley was expecting again. Later, the news spread among all the cast members.

Well, in September last year, Ashley confirmed that she was pregnant. But before the star could make an official statement, Briana had already spilled the tea. The latter took to Instagram Stories to discuss all the quarrels where she ended up mentioning Ashley’s pregnancy sarcastically. Jones’ co-star had already let the cat out of the bag. Thus, she took to social media to clarify, to her followers, by thanking Briana and admitting that she was pregnant. Ashley posted a video of herself and her husband, where she and Bar were grooving to a trending song. Teen Mom star then received questions from her curious TikTok followers.

The follower asked about her pregnancy status in November 2022. However, Ashley did not answer it straight but stated that she acknowledged her fans’ concerns. The young mother mentioned that she wasn’t in the space to “diclose” things. In fact, she was “still thinking” about it. Ashley’s comment left fans wondering about her pregnancy status. There has been no official confirmation yet.

Since Catelynn was responsible for revealing the news about Ashley’s pregnancy, she gave justification through a lengthy Twitter post. On January 18, Catelynn explained by posting that only two people were aware of Jones’ physical state at the time of the feud between Briana and Ashley. While Lowell was not a part of At the time of the fight between Ashley and Briana, only two of the girls knew about Ashley’s state. Even though she was outside of the “physical part” of the fight, she was “concerned” for Ashley”. Thus, She ended up yelling at Ashley not to involve herself in the stress & drama because it was bad for her and the baby.

The Michigan native confessed that she did tell Jade about Ashley’s pregnancy, so apart from her, anyone else should not know about this situation. Catelynn also gave the reason behind her spilling the confidential news. Apparently, she was scared about what would happen after the physical fight between the stars. The Teen Mom star believed that whatever she did was the “right thing” to do. Lowell even mentioned that she chose “safety over loyalty,” and she was not even “sorry for it” Stay tuned to TV Season & Spoilers for more exciting news updates.