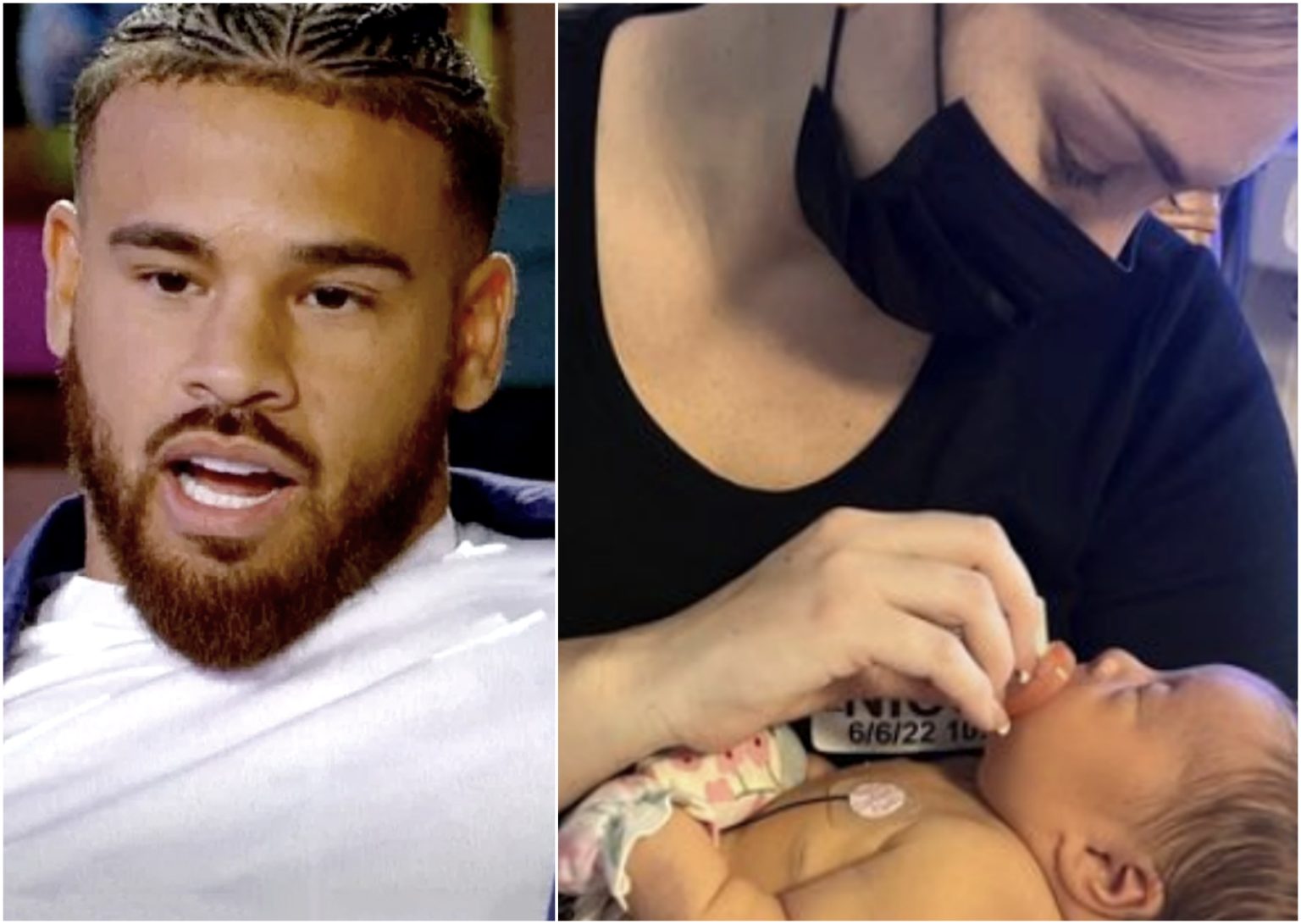 Cory Wharton from Teen Mom and Taylor Selfridge fell in love, despite their relationship having a rocky start. However, their relationship grew stronger over time. After dating for quite a while, they welcomed their first child, Mila, in April 2020. Also, Cory shares a child with his ex-girlfriend, Cheyenne Floyd, and they have a daughter named Ryder. But now, Tylor and Cory are together and welcomed their second child in July. The little one’s name is Maya. Unfortunately, she was born with a heart condition, i.e., coronary heart disease. The months following the diagnosis were difficult for the family. Recently, Maya underwent surgery, and fans were worried as the mother and father disappeared from social media following the surgery. Tune in to know what the updates are regarding Maya’s health.

Former Teen Mom star Cory Wharton was going through a rough life phase. His and his girlfriend, Taylor Selfridge’s 7-month-old daughter Maya underwent open heart surgery. Although her surgery did not go as planned, she is back home safely now. Cory and Taylor took to Instagram to share this happy information with their followers. Well, Maya is an adorable child, and people sent many blessings for her health. Moreover, Cory shared a series of overwhelming photos with a long caption mentioning all his emotions. He began by writing that he had GOOD news. Finally, they were out of the hospital. He added that these past two weeks were very up-and-down and even felt like a “nightmare” at times.

The Teen Mom star further added that his daughter’s procedures were successful. Although, it did not go as planned. Cory mentioned a serious situation when Maya’s oxygen levels were lower than they should be. But everything turned out well. However, almost after a week, Cory’s daughter had to return to the operation. Furthermore, the toddler had to go for a Cath lab procedure. It was necessary to fix what doctors thought was the problem. But somehow, they got positive news that there was nothing to fix. The Teen Mom star also mentioned in his caption that doctors faced many difficulties maintaining her oxygen levels. Apparently, trying to get Maya off the ventilator “the second time around” was a lot harder, the celebrity dad added in the photo caption.

Teen Mom: Fans Were Worried About Maya As There Was No Update Regarding Her Health

Maya’s condition, Coronary heart disease, is caused by damage to the blood vessels in the heart. A plague buildup narrows the coronary arteries, limiting blood flow to the heart. The little angel was diagnosed with this heart disease three months after she was born. So, the doctors suggested that Maya needed several major surgeries for a normal and healthy life. However, she has been through a few of them already. Her mother, Taylor Selfridge and Cory Wharton’s girlfriend, recently posted a photo of their daughter after surgery and her homecoming after weeks.

The Teen Mom star, Cory, also added the image of Maya and wrote about her situation. He had earlier informed them that she would soon undergo open heart surgery. But, after that, he and his wife, Taylor, did not give any update regarding Maya’s condition through their social media. Fans were scared as they wanted the little one to come back safely. Several of them gave their blessings in the comment section of Cory’s last post. However, their prayers and blessings worked as she was safe and out of the hospital after a two-weeks long battle for life, as evident in their most recent Instagram posts. For the latest Teen Mom updates, stay tuned to TV Season & Spoilers.