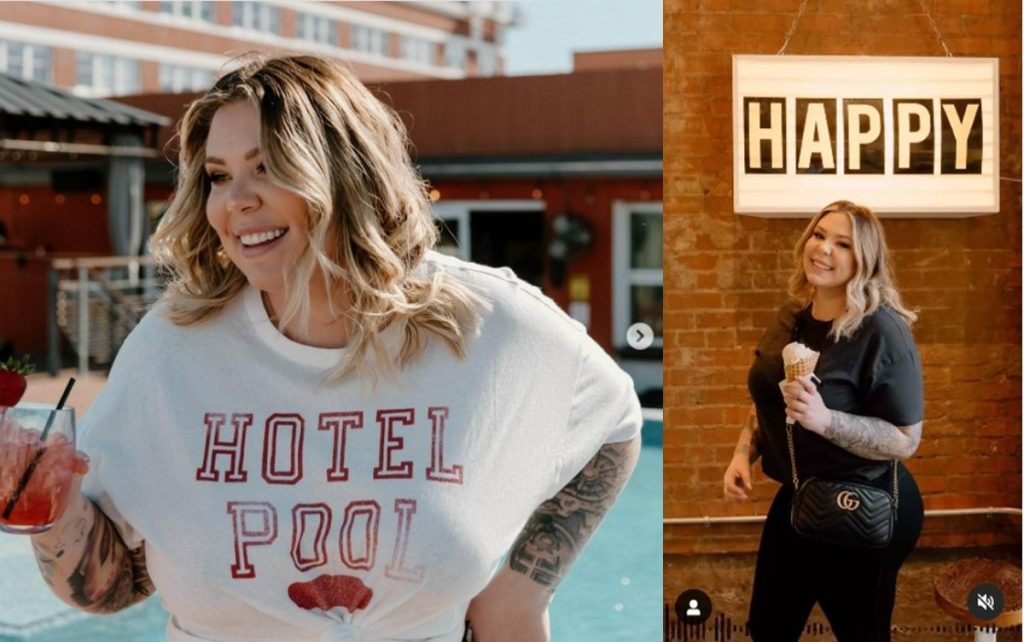 The Teen Mom star Kailyn Lowry made her debut in the second season of the show. While that show she gave birth to her son Isaac in 2010. Eventually, her relationship with Isaac’s father wasn’t on good terms. Hence they decided to end it. After that, she had three more children with later spouses, whom she named Lincoln Marshall Marroquin, Lux Russell Lowry, and her fourth child Creed Romello Lopez, whom she welcomed in 2020. Recently, the star came live on Instagram, which created controversy, yet again. Fans think that she is pregnant with her fifth child. To know about this secret pregnancy, keep on reading.

The Teen Mom star earlier this week took to Instagram to have a question-answer session with her fans. Apparently, fans felt that they found a clue about her secret pregnancy. Basically, the star was getting ready and was about to start her makeup when she decided to go live, and while doing her makeup thought of having a Q&A session with her fans. She was at her podcast studio and was getting ready to shoot a new episode of the Baby Mamas No Drama podcast accompanied by her costar Vee Rivera.

The star wore a red zipped sweatshirt with her hair tied into a bun as she was about to do her makeup. Kailyn’s clear-framed glasses perfectly complimented her eyes. When she finally read fans’ comments, apparently, most of them had the same question. Almost every fan was asking the mother of four if she had conceived again! Though Lowry clearly denied the rumor saying she was not pregnant, fans are not convinced as they noticed the star breathing heavily. When fans asked her if she was okay, she wasn’t knowing what to answer and didn’t give a satisfactory reply. This made people think that maybe it is because she has conceived. But she might not be comfortable revealing it right now.

During the time the Teen Mom star was appearing on the show, she decided to clear out all the rumors that have been airing for quite a while now. Kailyn clearly said that she would make sure now that she would never have kids! As soon as she read the comments on her live session, she immediately exclaimed that she was thinking of getting her tubes tied. Also, the star is planning next month to get this done. So when it comes to kids, it’s a big ‘No’ from her side. Fans think that maybe she only has four sons and no daughters, which could be why she is thinking of giving it another shot.

But she cleared it all. The NY Times best-selling author said that she would never try for a girl wholely, not for kids! She clarified further by saying she is thinking of not getting her tubes tied but rather cut them off. Fans felt that it was a very big decision to take. For the latest Teen Mom updates, stay tuned to TV Season & Spoilers