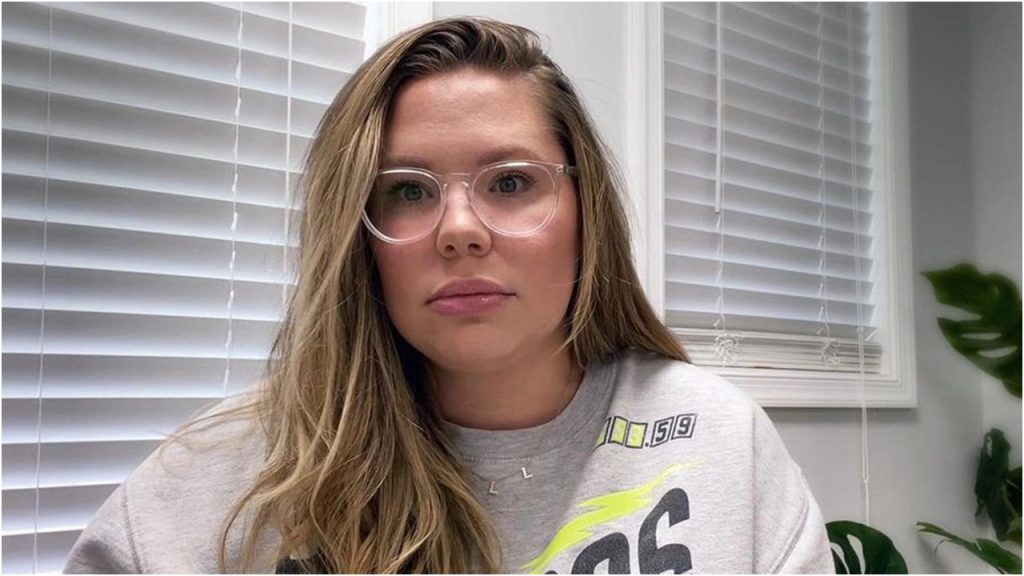 Teen Mom: Is Kailyn Lowry Pregnant With A Fifth Child? Rumor Or Reality?

The former Teen Mom personality Kailyn Lowry made her debut appearance in the show’s second season. The reality star has four kids from multiple partners. However, she is not in touch with any of her children’s fathers. Kailyn has always been the focus of attention when dealing with speculation and controversies regarding her pregnancy. All of this came to light when the mother of four felt pressured to disclose her third pregnancy before she was ready. And also when Lowry was showered with criticism after announcing her fourth pregnancy in 2020. Hence, it is understandable that she would be reluctant to disclose that she is expecting her fifth child. Keep reading to know if she’s actually expecting again.

Teen Mom: Fans Believe That Kailyn Is Pregnant After She Made A Mysterious Comment!

Kailyn Lowry took to Instagram on Sunday to post a mysterious quote. It says, “What is for you will not pass you, what has passed you was not for you”. Following the quote, she also posted a personal PSA urging her fans to put themselves first. She advised her followers to make time for oneself as she went on to promote self-love and self-care. However, the post has now become the topic of gossip among fans. Lowry has taken great measures to disprove that she is expecting, but fans do not believe her. Rather, they are getting more and more certain as the days pass that the birth of the fifth baby will be announced soon.

The star’s rumored covert pregnancy was recently made public by Kailyn’s ex-friend Darcy. The latter spoke extensively about it during an Instagram Live session, as per TheSun

. According to her, she met Kailyn online and became a fan. Gradually they became close friends, and according to Darcy, Kailyn frequently called to discuss her concerns. Darcy claimed that things got sour between them when she continued interacting with Chris Lopez, Kailyn’s ex-boyfriend, and other individuals in the podcaster’s life. She also admitted that she felt obligated to share Lowry’s secrets. Darcy was upset with the Teen Mom star for calling her a crazy obsessive fan and disparaging their connection on a podcast.

Even though the whole live session was surprising, fans persisted in pressuring Darcy to address the pregnancy rumors surrounding Kailyn. The former revealed that she thinks the latter is pregnant. This is because she claimed the star had sent her ultrasound photos and video of the unborn baby kicking.

Teen Mom: Kailyn Lowry Donated Her Wedding Dress To The Hospital For The Stillborn Babies, Fans Got Impressed

The reality television personality opened up about a thoughtful act on TikTok. Kailyn commented on the video of what seems to be a nurse in the hospital. And she announced that she would like to donate her wedding dress to the facility that turns it into outfits for stillborn babies. A TikTok user found the comment, took a screenshot, and shared it on a Reddit sub. Fans were impressed with Kailyn’s kind gesture and showered with tremendous love in the comment section. One fan wrote that they never thought the Teen Mom celeb would do something like this, but now that she has done it, it feels great to know. Others appreciated her thoughtful act and thanked her for acknowledging such an idea.

Kailyn Lowry has dealt with the miscarriage with her ex Chris Lopez. On her podcast, Baby Mamas No Drama with Vee Rivera, she openly expressed her feelings on why she wished to carry on having kids with Chris. Kailyn explained and told her listeners about her hard time with Chris. She says even though Chris has made her cry, broken her heart, and lied multiple times. But she felt at the time that maybe having a child with him would open his eyes. Well, it’s all in the past now, as she broke up with Lopez. Stay tuned to TV Season & Spoilers for all latest updates.