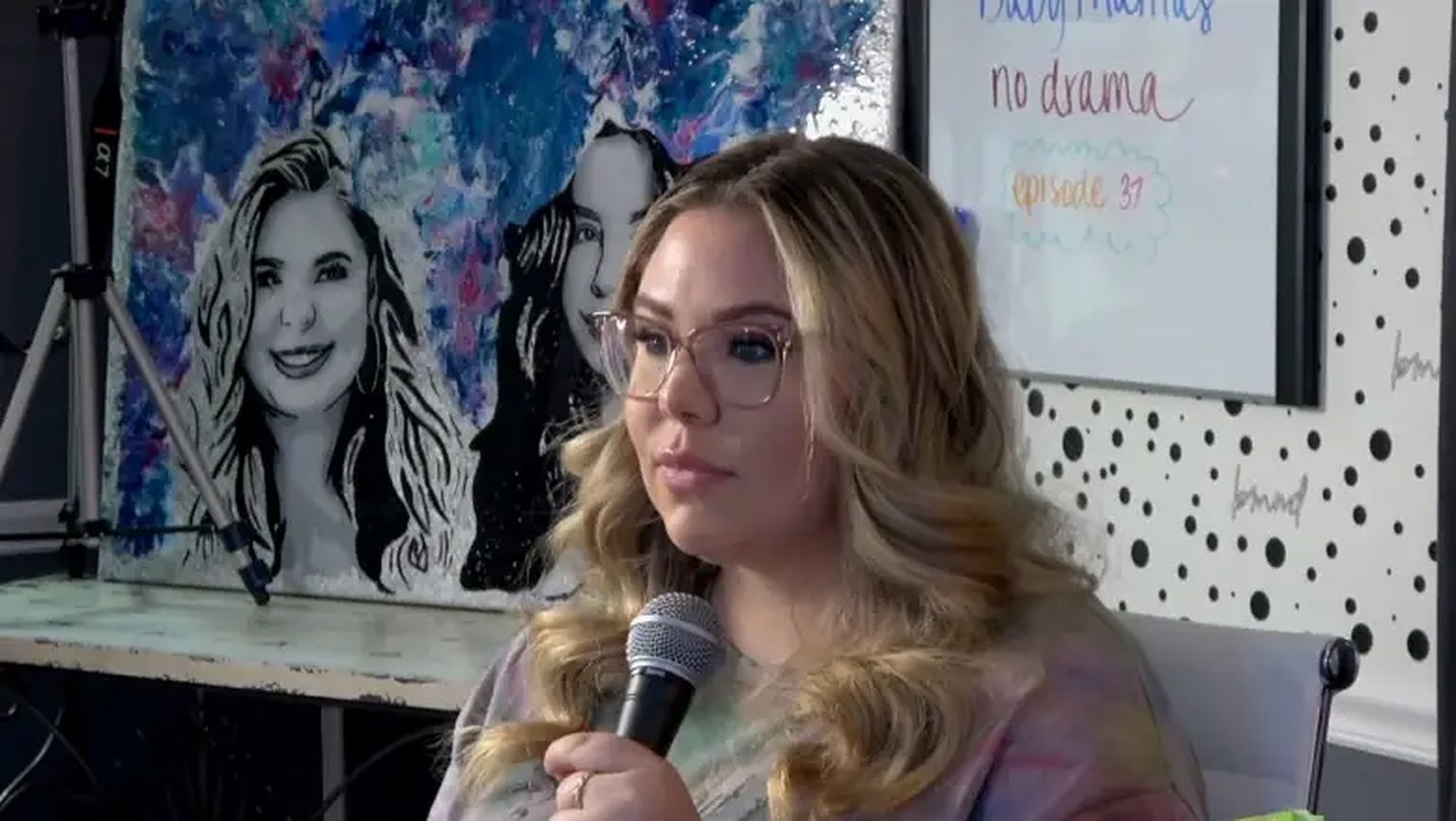 The Teen Mom Kailyn Lowry is not new to the headlines. She often grabs fans’ attention with her controversial podcasts and TV appearances. The MTV star, along with her co-host Lindsie, is busy promoting the upcoming episodes of their Coffee Convos Podcast. As the promotional pictures went viral, the eagled-eye fans noticed that Kailyn constantly tried to hide her stomach. Sometimes, she used baggy clothes, while in some pictures, she was seen hiding it with her hands. Lately, the fan page which revealed her pregnancy news said they had received information from a source close to the reality television star. Fans are pretty convinced that she is pregnant, and Lowry finally enlightens the fans about the ongoing rumors. Let’s delve into the article to find out if she is pregnant.

The Teen Mom star is in the headline because of her pregnancy since summer this year. Kailyn was spotted covering her stomach in a promotion picture of her podcast Coffee Convo. In all the pictures, she was seen wearing baggy clothes and posing in a way that hid her stomach. The rumors amplified after she avoided pregnancy questions in her Instagram live video. Moreover, ever since the news hit the platforms that Kail is pregnant with baby number five, her social media posts turned into pictures where she was seen covering her belly. Moreover, she often dodged the pregnancy question. However, not anymore. Finally, after so long, the Teen Mom alum talked about her pregnancy.

During her live session, a fan asked her about her future plans. The star washed out the pregnancy rumors saying she is happy where she is now. Moreover, adding to the statement, she said that she wanted to pursue her career in law. Kailyn enrolled in college to get a law degree, and she is pretty much excited to fulfill her childhood dream. A fan directly asked her if she wanted more babies. Nonetheless, she further said, “No, I am good where I am.” Although fans are convinced that she is pregnant, Kailyn’s reply confused them.

Kailyn Lowry surely traveled a long path in a love journey. She started dating her first baby’s dad Jo Rivera when she was in school. Their love story did not last long, and the couple decided to quit. She then married Javi Marroquin, and they were blessed with a son. In addition to that, she shared two kids with her ex-boyfriend Chris Lopez. The former couple is co-parenting their kids. Recently, Chris talked about her pregnancy in an interview.

Reportedly, fans believed that he was the one who revealed the news about her pregnancy. However, he completely denied the rumour saying he also came to know about it the way others were informed. However, he ill-talked about her in July while ranting about their massive fights. Moreover, the former reality television star said, “you gotta protect the belly, stop it.” The statement ignites the pregnancy rumour.