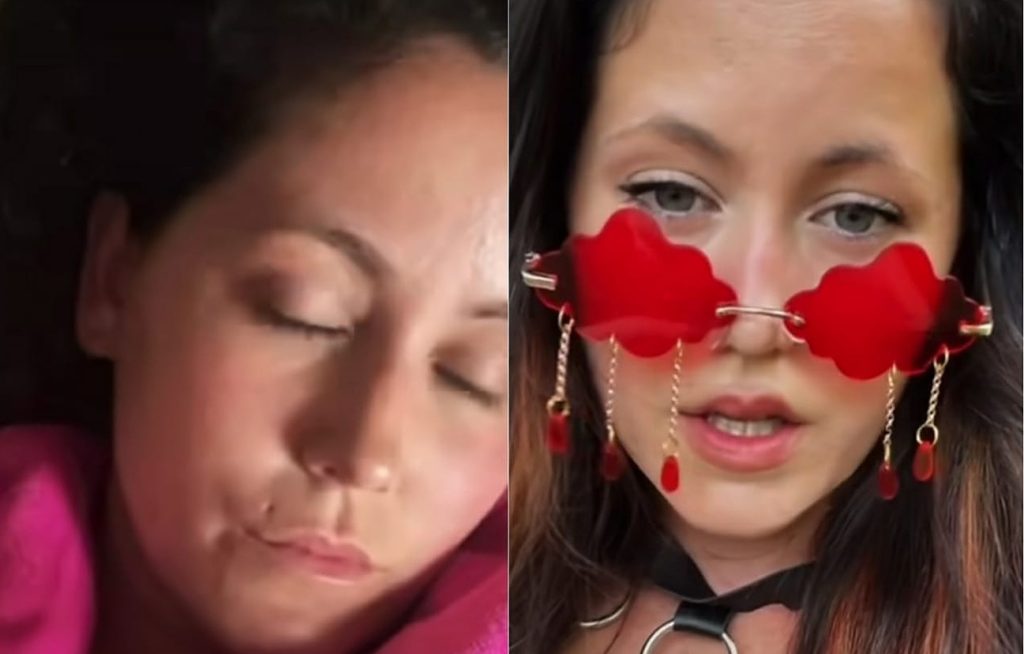 The Teen Mom star Jenelle Evans has again left her fans shocked with a bold photo shoot. Jenelle Evans is certainly the most controversial Teen Mom star. The young beauty struggled to battle challenges in her life and emerged stronger than ever. Jenelle shares three kids with three different partners. Her elder son Jace was with her high school sweetheart Andrew Lewis. After they split their ways, Jenelle went on to date Nathan Griffith and had her son Kaiser with him. However, this relationship didn’t last long either. After her split with Nathan, the MTV celeb tied the knot with David Eason. They are also blessed with a baby named Ensley. The fabulous star has recently shared her bold picture on social media.

The Teen Mom alum has recently opened up about her mother’s toxic behavior. In an Instagram post shared earlier this month, Mrs. Eason claimed that her mother is not happy with her success. Moreover, she called her “Toxic.” The reality television star slammed her mother for neglecting her success. However, she is making the headlines for yet another reason. This time, her bold and too-hot-to-handle photoshoot is getting viral on the internet. Jenelle went topless for her OnlyFans page. The beauty gave up all her clothes and opted for a dog collar for the photoshoot. She shared the pictures on her Instagram account wearing several chains resembling dog collars alongside red sunglasses.

Her hair was lying down to her stomach. It was actually a reel in which initially she was wearing a pink bathrobe, and suddenly the screen showed her a new look. Jenelle is famous for her OnlyFans account

. In the last few months, she had created enough content for her fans on the platform. Moreover, she received praise from her fans for the same. Her new look surely puts the internet on fire. Jenelle looked very confident.

Jenelle Evans surprised fans by joining OnlyFans earlier this year. Shockingly, her husband, David Eason, joined the platform alongside his wife. Since then, they have continuously shared their bold pictures on the internet. Last month, Jenelle set the internet on fire with her super gorgeous bikini pictures. However, recently she was brutally trolled by fans for sharing an embarrassing picture of her husband.

The couple shares pictures of two from their vacation. In the slew of two pictures, Jenelle was seen in body fitted white bikini with a black animal print on it. Meanwhile, her husband David was seen in shorts and a blue t-shirt. Fans were horrified after seeing the second picture. In it, Eason pulled up his shirt, unveiling his belly and nipples. Teen Mom viewers were not impressed with the photos, and they jumped to Reddit to ill-talk about him. Many claimed it was embarrassing and inappropriate.