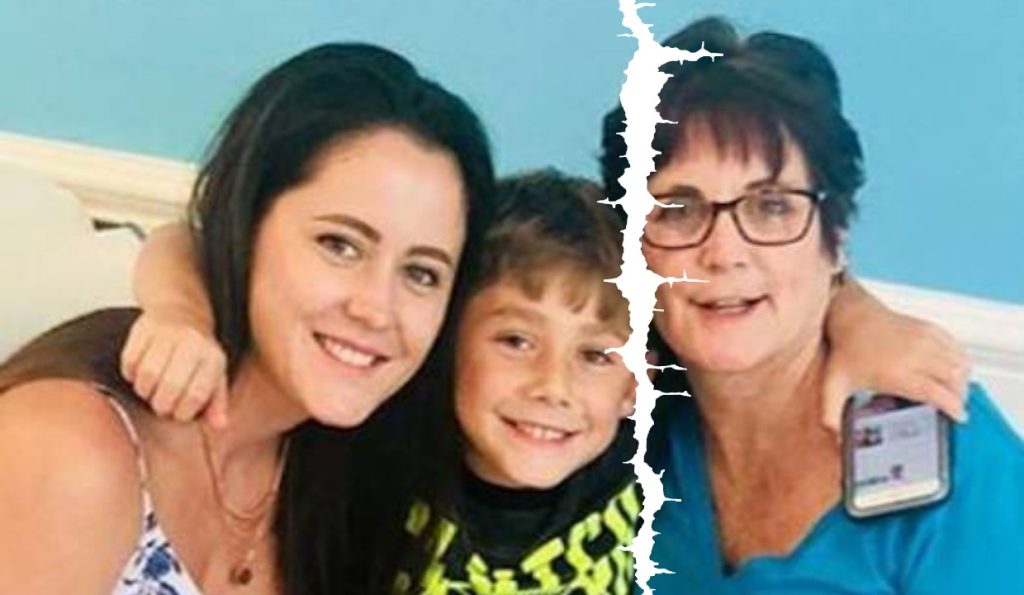 Teen Mom: Jenelle Wants Her Son Back! Slams Her Mother Barb Who Has Full Custody

Jenelle Evans has been quite controversial since her debut on 16 & Pregnant and later on Teen Mom. She is no longer a part of any of the franchises. That’s because MTV fired her and her husband at the time for a big scandal. Despite this, there have been other problematic moments in Jenelle’s life, and viewers don’t really admire her all that much anymore. In the latest post, the young mother talked of wanting her eldest son, Jace, to be living with her. The star’s mother Barb has his “full custody”. Keep reading to know more details.

Teen Mom: Jenelle Upset Over Not Having Son Jace’s Custody, Wants Him To Live With Her!

Viewers saw Jenelle give birth to her son Jace on TV. Despite all the hardships she had to go through to make it happen, she deviated. The Teen Mom audience also saw how her willingness to go out and party, stopped her from being a good mother. Hence, there came the point where Jenelle gave full custody of her son, Jace, to her mother, Barbara. It has been several years since then, and the mother wanted to share custody of her son with his grandma. However, both of them got into a feud following this.

Surprisingly, Jenelle’s mother has blocked her and doesn’t want her to have access to Jace again. Hence, a Teen Mom fan told the former star that Jace always “belonged” to Barb. That’s when the mother-of-three began crying and shunned people for believing everything they saw on TV. She wanted her son to live with her, and a lot of “personal stuff” had been happening in her family. The MTV star also regretted not keeping her life private as such comments tend to hurt her. She made a video about the entire thing and put it on her TikTok handle for all the fans to see. TheSun

As mentioned above, Teen Mom fans always bash celebrities for their notorious acts. Well, Jenelle Evans tops this list. Her life changed upside down when MTV fired her and her husband for shooting their family dog. Since then, her social media space is usually filled with negativity. That doesn’t stop the star from sharing more from her life. A week ago, Evans put up a selfie after revealing that she was visiting the “lung doc” (doctor). Fans found it very odd. Some noted that she often puts up pics from her doctor visits.

Many others accused Jenelle of vaping at a party and then going to the lung doctor. They shamed her for neglecting her health. A fan also suggested that it could be an old picture. But there was no sure way of telling or confirming this. Many just couldn’t figure out why doctors’ visits made her happy. Moreover, Jenelle usually posts about her visits and never gives updates. As usual, the famous mother refrained from interacting with the trolling. Keep coming back to TV Season & Spoilers

for the latest Teen Mom updates.