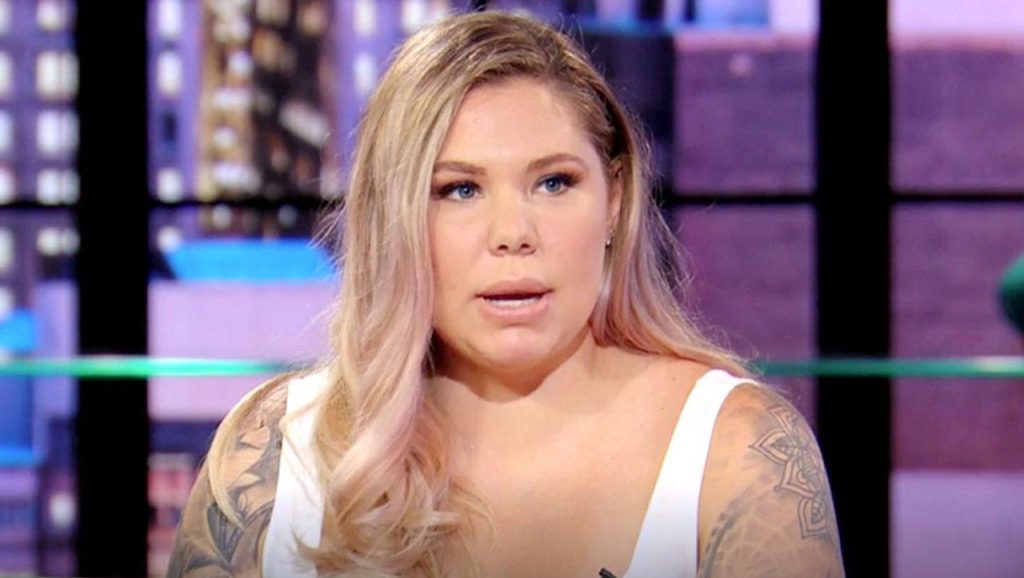 Teen Mom star Kailyn Lowry is known for her bold and dramatic makeovers. The reality TV star doesn’t shy out from experimenting with new things. More so, her hair updates made news after her reconciliation with her ex-husband, Javi. Kailyn admitted that she might reunite with Javi a few days back. However, what’s the whole story? Tune in with us to find out.

Kailyn Lowry likes to keep her fans updated about her life on social media. Hence, even a small incident can spark updates. The reality TV star posted a video of herself with her ex-husband Javi. The couple was seen snuggling together on the couch. More so, they looked happy in the video. In addition, Kailyn captioned the video, “We aren’t friends anymore, but I have this in my drafts.” Hence, rumors arose among the fans that the ex-couple might be reuniting. Moreover, Kailyn admitted that she is in talks with Javi about reconciliation. And amid this, she posted a dramatic makeover of her haircut.

The Teen Mom used to have long blonde hair that looked great on her. However, she decided to chop it off. Hence, her new hairdo is about shoulder length. As always, Kailyn is confidently flaunting her new haircut. She posted pictures of her new hairdo and captioned, “Did a big chop last night @hairbytk I feel so much better.” The TV star was wearing a black hoodie that said, “Manifest that sh*t.” She posted the picture with a black mask on. Fans and friends went crazy over her new look. Some fans were obsessing with the new look. Another added that she has the best hair. Some fans even complimented Kailyn’s eyes.

Teen Mom: Are Kailyn & Ex-Husband Javi Getting Back Together?

Ever since Kailyn’s tik-tok video with Javi got viral, there have been many speculations regarding it. The ex-couple could be seen enjoying each other’s company. Kailyn also teased the fans with her caption that they might reunite. Hence, rumors arose that Kailyn and Javi might reconcile. Moreover, some fans even shared that they really want the ex-couple to be together. However, Javi pleaded to Kailyn to stop posting him, to the fan’s surprise. Javi commented that Kailyn thinks it’s humorous to post him. However, it’s not, and she should stop posting him. He added that Kailyn should respect him.

Further, some fans supported the MTV star and said Kailyn should respect his privacy and not post him. One fan took a dig at Kailyn, saying, “Kailyn told people he cussed her out because he wrote GD. Lol, always the victim.” In contrast, one fan questioned Javi

why he hung out at her house or videoed him? The fan further added, “Acting like he doesn’t know she would do something like this. Ok.” By the way, what do you think of Kailyn’s new haircut? Let us know in the comments below. Till then, stay tuned to TV Season & Spoilers for more updates on Teen Mom.