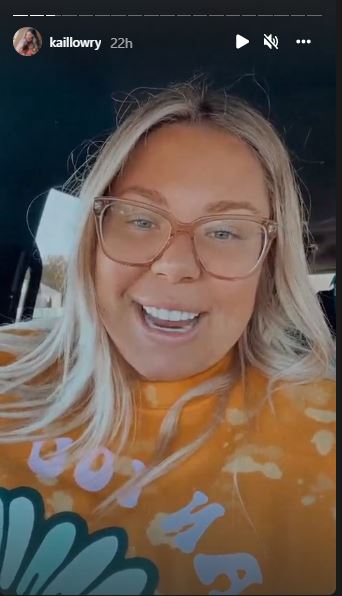 Teen Mom: Kailyn Lowry Is Getting Married In 2022? Who’s The GROOM?

Kailyn Lowry is becoming the talk of the town again. She has recently voiced that she won’t be returning to Teen Mom next season. It is because Lowry said she has had enough of drama and now wants to live in peace. Likewise, amid the peace, it seems like she’s giving love a chance again. So, tune in with us to know will Kail tie the knots soon and with whom.

Teen Mom: Kailyn Lowry In Talks Of Getting Married Again

Fans are super bummed to find out that their favorite Lowry won’t be joining Teen Mom the next season. As the reality TV celeb suggests, she has been trying to protect her peace, and being on the show doesn’t let her. Likewise, her love life keeps making spice on and on. Weeks before, MTV shared a clip where Kail’s ex, Javi, asked her to marry him.

Lowry was shocked and the clip cut to the next scene. Now, a fan again asked Kailyn what her thoughts on marriage are. They asked, “Do you want to get married again?” To this, Lowry replies that it depends on the day you ask her. She added that that day it would be considered in the right circumstances. This revelation comes after reports revealed her secret boyfriend.

Lowry has been keeping a private steamy romance secret for years, as per the reports. Kailyn’s new boyfriend goes by the name Malik Montgomery. Meanwhile, the celeb’s disappearance from the Teen Mom episode is because she didn’t want to reveal about her private relationship. However, now, the fans are wondering who Kail will choose. They also wonder whether she is planning to marry or not.

Teen Mom: Kailyn Lowry Explains How To Get Cope With Toxic Exes

Kailyn Lowry has been through so much in her relationships. The mother of four has always been upfront with her feuds with her exes. Therefore, fans keep asking her about relationship advice, ifs, buts, and don’ts. Likewise, a follower asked Lowry a very serious question. They asked, “How do you train yourself to get over a loved one when they are toxic?”

Ms. Lowry had a calm and composed reply to this question. She said, “Separation & distance.” Then she added, “Time and therapy with minimal interaction via email.” Lowry continues to say it’s a hard thing to do but the best and worth it. Well, she didn’t mention who was her toxic person. But, the fans feel that she definitely means it for her third baby dad, Chris Lopez

. The ex-couple has mentioned that they communicate via email. Stay tuned to TV Seasons & Spoilers.
News