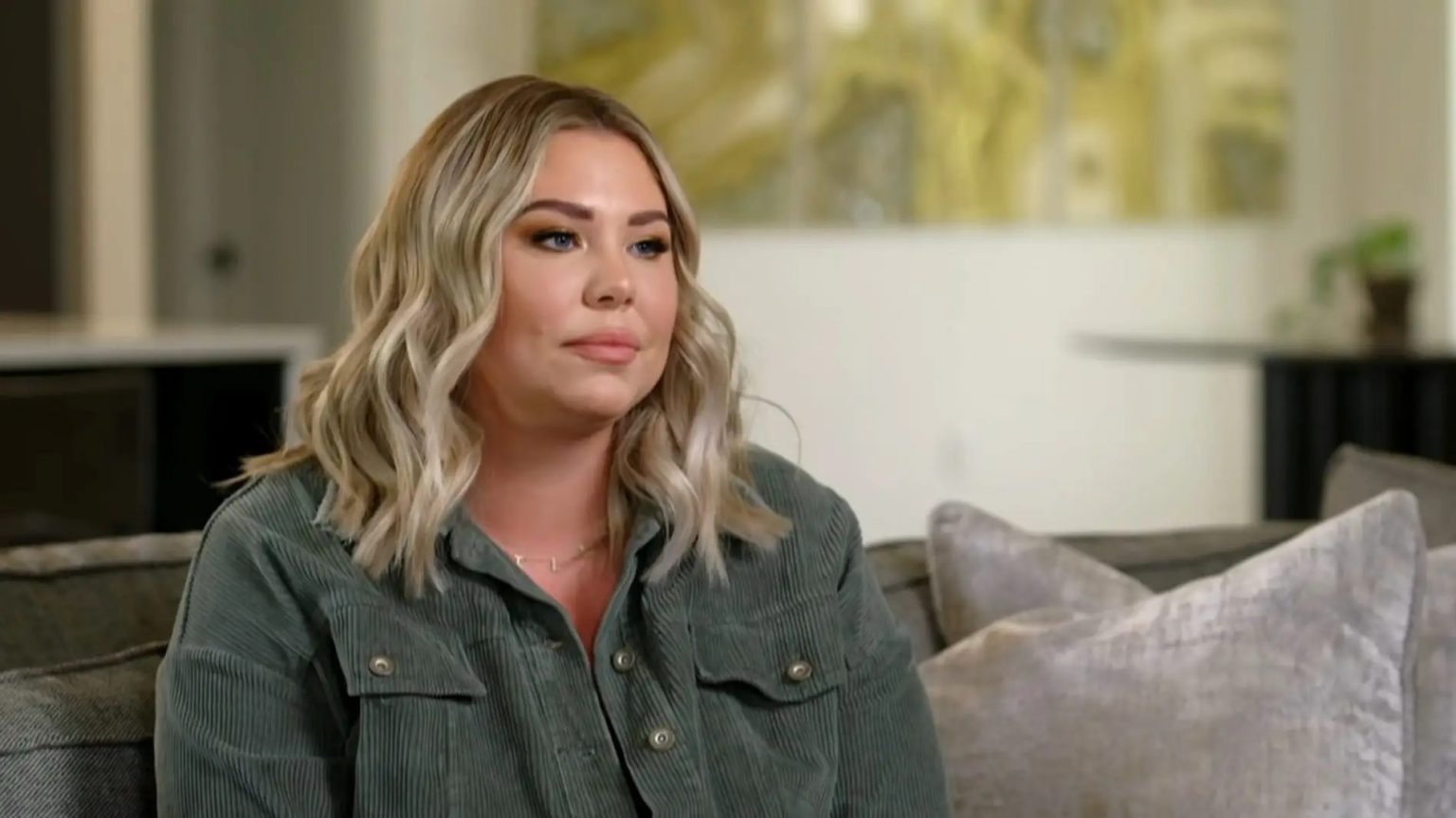 Teen Mom: Kailyn Lowry Setting Up A “Nursery” For Fifth Baby? Is She Pregnant?

Teen Mom star Kailyn Lowry has a beautiful family with her four kids. Most of the kids have different fathers. The star has depicted this journey through the reality show. On Friday evening, she took to Instagram to post a short clip of a room. There was a wall that had paintings of comic characters, which are assumed to be for one of the kids. May feel that a new member will be part of the family soon. Fans are assuming that Kailyn is pregnant with her fifth child, and the wall illustration is for the new baby’s nursery. There were several hints of her pregnancy. Tune in to know everything about this possibility.

Kailyn Lowry came to the show Teen Mom when she was pregnant with her eldest son, Isaac. Now, she has three other baby boys with two different partners. She was married to her ex-husband Javi Marroquin. Together they have a son, Lincoln. Besides that, she had an on-and-off relationship with her former boyfriend, Chris Lopez. They have two sons, Lux and Creed. At the moment, Lowry is dating Elijah Scott, who is younger than the MTV celebrity. He is an actor, writer, and dancer. Fans are assuming that she is pregnant with his baby even though there is no statement given by the couple.

Recently, the ex-Teen Mom star shared a clip on her Instagram of an illustrated wall art painted inside her home. Bone had created the illustrated wall featuring characters from the Super Mario Brothers Nintendo world. As per TheSun, the artist confirmed on Instagram that she had painted the walls for two of Kailyn’s children, Lux and Lincoln. There was a caption in it, saying, “Avengers vs. DC with a comic book backdrop so Lux can have all the superheroes.”

The Teen Mom castmate Kailyn’s fans were observant enough to speculate about her pregnancy. In fact, Reddit became their discussion platform, where they all expressed themselves. They appreciated the artwork and called the artist “badass”. Viewers suspect that the fifth baby is of Elijah Scott, her boyfriend. However, the 24-year-old has not given any statement yet. The reality TV star has been missing from her duties of co-hosting her podcasts Baby Mamas No Drama for the past two weeks. She has not yet posted any full body pic since April, which hints to the viewers of her pregnancy, yet again.

Teen Mom: Here Is The Truth About Kailyn Lowry’s Pregnancy!

Former celebrity of Teen Mom, Kailyn, has been a part of social media and the internet for a long time. However, rumors about her pregnancy have spread since she started dating her boyfriend, Elijah. The celebrity mom put all questions to rest when she came on her podcast, “Barely Famous”. Kailyn and her assistant Kristin Hook participated in a Q&A. Also, Hook asked her questions on behalf of the listeners. There was a question related to the celebrity’s pregnancy. It was a hypothetical question asking, “Would you accept the offer to become pregnant right now”. Hook added, “and if it would be certain that you will have a babygirl?” This is because all four of Kailyn’s kids are boys.

The response of a 30-year-old celebrity is not what viewers expected. Lowry had a laugh and finally answered the query. Kailyn stated that she is in no state to have any other pregnancy. In September, on a podcast with Vee Rivera, the Teen Mom star revealed that she wants to get her tubes tied. The woman completed her sentence by saying there are already so many members in her family that she does not want any more new ones. Also, she mentioned her journey with the MTV show. The ex-teen star quit the show this year and was happy to do it. Stay tuned to TV Season & Spoilers for more exciting news updates.