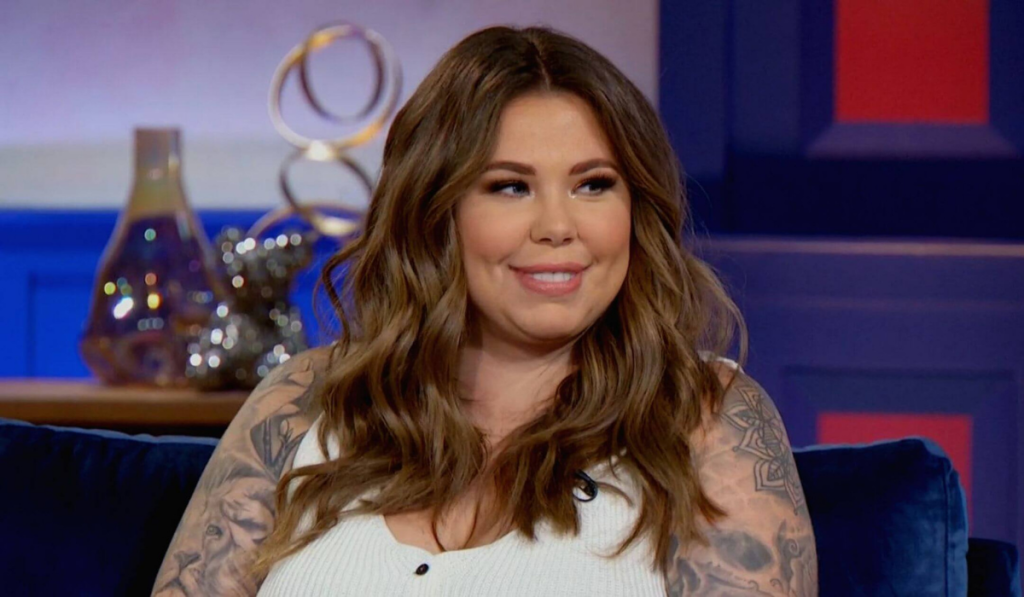 Teen Mom: Kailyn Lowry To Star In ‘Love After Lockup’ Next?

Kailyn Lowry has always been a drama queen on the reality TV show Teen Mom. She made her debut in the 2010 sequel of 16 and Pregnant. Now, she is blessed with four boys with 3 different partners. But still, she stays in the limelight even though she left the show after 11 years of being in the main cast. As of today, her career plans are to be a mother and social media influencer. Meanwhile, she also has her own podcasts named Coffee Convos and Baby Mamas No Drama. She hosts them with two different co-stars. Recently, the celebrity mom’s tweet gave fans hints that she might be joining another reality TV show. Tune in to know everything.

Teen Mom: Kailyn Lowry Reveals She Was Almost On The Show ‘Love After Lockup’

Rumors often surround the Teen Mom star, Kailyn Lowry. In fact, even the fans feel she likes to be in controversies. Currently, she is dating Elijah Scott and has four adorable boys with three different partners. Along with this, the celeb also has a huge number of followers on her social media sites. Therefore, she is quite active in it. Recently, on New Year’s Eve, the celebrity mom shared something on Twitter with her 1.3 million followers. She asked the fans if she ever told them that she was “almost” a part of another reality show, ‘Love After Lockup’. Since Kailyn wrote “almost,” it precisely meant that she was not on the show. The series documents a person falling for someone who once was in prison. Well, fans gave a very mixed reaction to her tweet.

Several fans were excited and wanted to know every detail about the insights of her being on the show. At the same time, some called her an attention seeker. A viewer shared a screenshot of Kail’s tweet on Reddit and started a series of comments on the thread. One of them wanted to know if she liked “prisoners”. According to TheSun, she shared the tweet, and fans began spamming her tweet with criticism. Another follower wrote that Kailyn is not interested in knowing how “baseless” her life is as long as she is on TV. But there were several comments by the fans of Love After Lockup, too. So, they were begging the Teen Mom star to spill the tea. Yet, the audience did not get any more updates regarding her being on the show. Well, they speculated Kailyn was posting things to grab attention, nothing else.

Teen Mom: Kailyn Lowry Ask Her Boyfriend Elijah To Propose On Her Podcast

Elijah Scott and the Teen Mom star Kailyn have been in an 8-month-old relationship. The 24-year-old was the celebrity mom’s old neighbor, and they gradually fell in love. Now, the popular couple lives together in Lowry’s house. Recently, they both streamed a podcast together named “Barely Famous.” The ex-castmate’s beau was the guest, and she was the host of it. There were a series of questions where she asked the young man about his past relationships. At last, they steered the conversation toward wedding rings. In continuation, Kailyn asked his thoughts regarding the wedding proposal.

She ended up asking Elijah when he would ask her to marry her. Since Scott seemed pressurized, Lowry laughed before he replied and mentioned she was “just kidding,” as the boyfriend revealed it depended on how much they argued. However, Elijah confessed that the thought of a proposal did cross his mind several times. After all, they are in love despite the age gap. One of the fans stated after the release of the podcast that they lack chemistry. They didn’t think the couple was in love. What do you think about their relationship? Do tell us in the comments below. For more exciting news updates, stay tuned to TV Season & Spoilers.