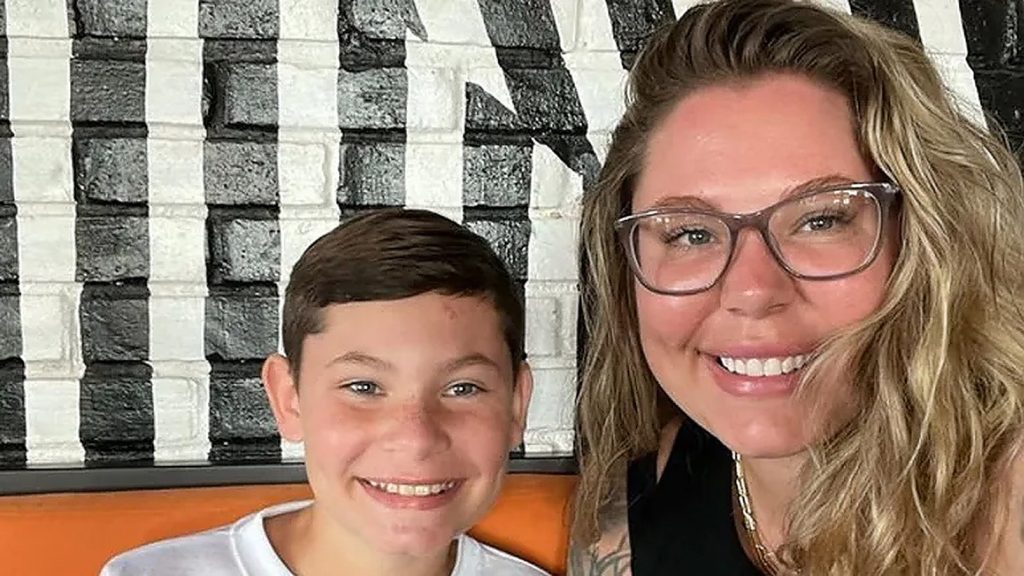 The Teen Mom star Kailyn Lowry has been under scrutiny about expanding her family for the past two months. Kailyn is sparking pregnancy rumors after she was spotted hiding her belly during the promotion of her podcast “Coffee Convo.” Moreover, she avoided speaking about the rumors as much as possible. Currently, she is focused on her kids and family. Earlier this year, Lowry’s boyfriend, Elijah Scott, moved in to live with her. The couple shares a strong bond with her kids. Kail shares four kids with three different partners. In the latest episode of Barely Famous, the Teen Mom OG invited her elder son to talk about their personal life. However, it turned out to be a roast show. Keep reading to know the details.

Teen Mom: Kailyn Lowry’s Son Roasts Her During An Episode Of Barely Famous

Kailyn Lowry gained popularity after she appeared on the reality television show Teen Mom. Her life had been turbulent until she finally found peace with her new boyfriend, Elijah Scott. As a teenager, Kailyn got pregnant by her college sweetheart Jo Rivera. The couple was blessed with a son named Isaac Rivera. Recently, the celebrity son joined his mother on her popular podcast ‘Barely Famous.’ The Teen Mom star asked her son to answer a few questions from the fans. Viewers were curious about the children’s relationship with Kailyn’s new boyfriend. Talking about her love life, Lowry told him that if he didn’t want her to date someone, she wouldn’t. Her son was quick enough to ask her, “would be really hard.”

Understanding her son’s concern, the TV star washed off Issac’s doubts saying her kids needed her more. Moreover, she asked him about his views on her dating life. As per Heavy

, the 12-year-old said that Kail does not need anyone as the only thing she does with men is to “make more kids.” The innocent baby unknowingly roasted his mother on the show while Lowry burst into laughter before saying, “I am done.” The mother of four is battling pregnancy rumors. Although she did not confirm the rumors, she hasn’t denied them either. However, the MTV star finally had to give in.

Teen Mom: Kailyn Lowry Claps Back At Her Followers For Asking A ‘Rude Question’

The Teen Mom star Kailyn Lowry is living an amazing life with her four kids. However, as the rumors of Kail’s potential pregnancy continued to swirl around, the mother finally talked about them on her Instagram live. While fans were talking about her fifth pregnancy, the reality television star clapped back at a fan for asking her a very ‘rude’ question. When a fan asked her if she was pregnant, the former Teen Mom 2 star responded that asking someone about their pregnancy was not okay.

Lowry continued, “never ask a normal person if they were pregnant.” She further added all this was very rude. Kailyn quoted in the end that people can gain weight also. Everything is not related to pregnancy. Prior, the TV personality told on “Coffee Convos” that she was scared of the paparazzi. They often chased her and always been there outside her house these days.