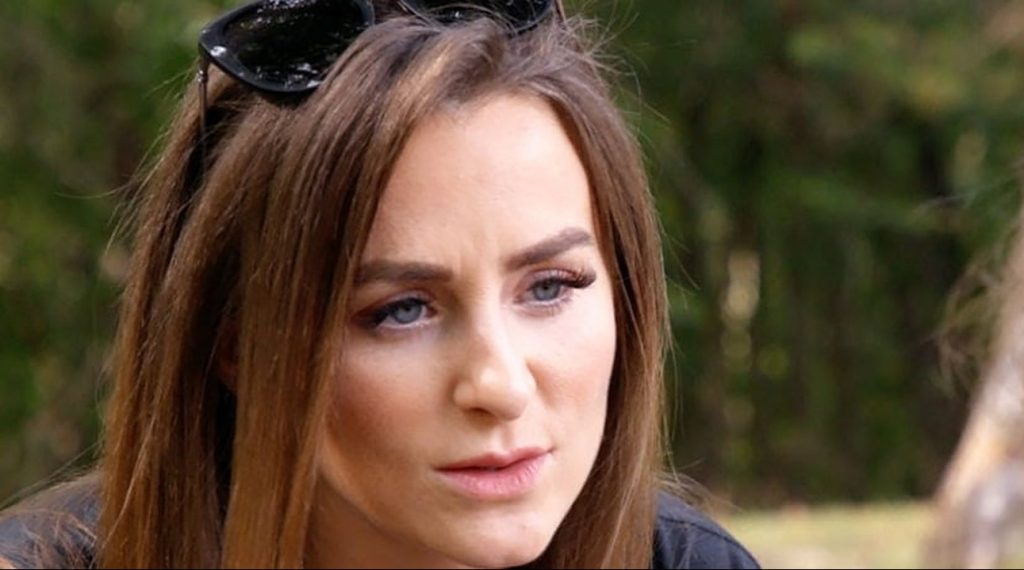 The Teen Mom star Leah Messer has always been subject to controversies. Recently, the Teen Mom star has been a victim of a new controversy again. Just after Leah Messer’s split with her fiance, she took to Instagram Live during a party with her friends. But that live video didn’t end on good terms. Apparently, the star was in some other mood and candidly said some words that offended many people. To know more, keep on reading.

The Teen Mom star Leah Messer was having a gala time with her friends recently. She went to a midnight party with her friend Nicole. Eventually, the star decided to start a live video with her other Teen Mom stars, Briana DeJesus and Maci Bookout. However, the entire live video went very well but ended with a huge controversy! A fan recorded the entire live video, as per TheSun. At the end of the clip, Leah can be seen making a very racial slur that annoyed her fans.

The star’s friend asked her to say goodbye to her friends and end the live video. Immediately after that, Messer told her friend, “No…no, n****, I’m not telling them goodnight.” As soon as she said this, her friends Briana DeJesus and Maci Bookout were shocked and just stared at the screen. They couldn’t bear her wild behavior. Messer’s representative preferred not to say anything on this matter. He simply exclaimed that he had no further comments regarding this at this time!

There is great confusion among the fans regarding this. Some fans took this matter to Twitter and Reddit. One of them exclaimed that he is sick of those fans who deny addressing issues of racism when it comes to their favorite stars. Still, some fans deny that they didn’t hear it, and there is a possibility that she might not have said it! But the way her friends reacted makes it clear that she said it.

Teen Mom: Messer Decided To Part Her Ways With Her Fiance!

The now-exes, Leah and Jaylan, announced their split earlier this month. It has been just two months since the couple got engaged. Yet, they made a joint announcement about parting ways. Fans got haywire and couldn’t figure out what happened within two months that the couple had to take this step! Leah simply told that there are no stories for her to tell regarding her split. She also took to Twitter on Oct 17 and wrote that the couple is now refocusing and transitioning into better days of their lives!

The couple decided to take this spilt gracefully. But according to reports, Leah accused her ex-fiance Jaylan of cheating on her. Apparently, she found some material that might conclude that he was cheating in their relationship. Though the couple said that they have no additional comments yet, there are many speculations going on among their fans. Keep coming back to TV Season & Spoilers