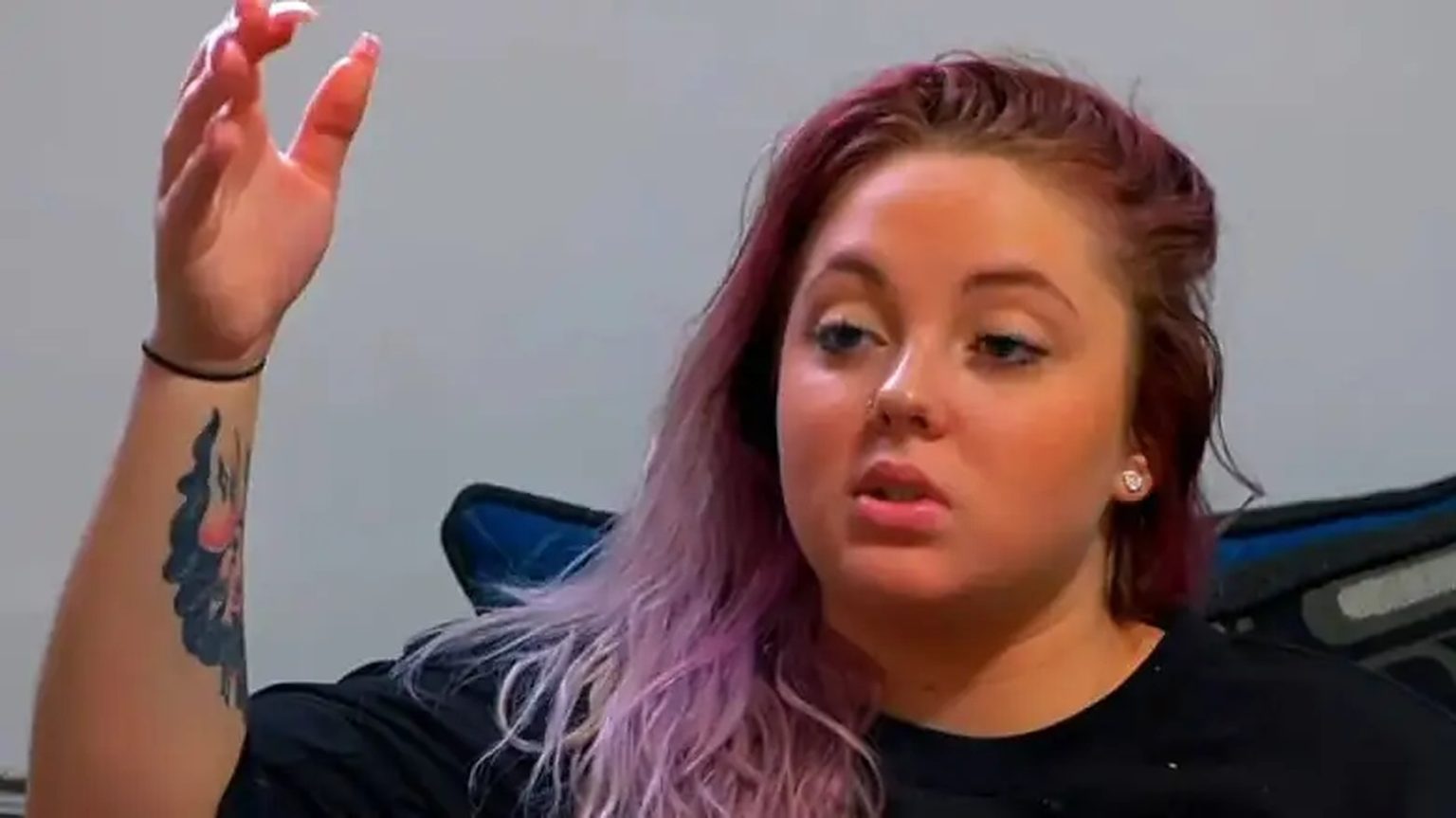 Popular MTV star Jade Cline is now appearing on Teen Mom 2. She previously came on the Young & Pregnant spin-off of the show. Jade Cline got pregnant very young and then appeared in a reality television show. She then became a household name in the country, and fans loved watching her on the screen. Jade is blessed with a beautiful daughter Kloie who she welcomed with her boyfriend, Sean Austin. Over the years, Cline’s appearance on the show has been pretty controversial and dramatic. However, this time fans have witnessed the emotional side of Jade. She has recently posted about the passing of her grandmother. Keep reading to know the details.

Teen Mom: Jade Cline Mourned The Death Of Her Grandmother

The Teen Mom 2 Alum Jade Cline was slammed by fans earlier in April. People are well versed in her relationship with her boyfriend, Sean. The couple is not on good terms. However, they often accompanied their daughter Kloie on vacations. Earlier in April, a picture of them from a restaurant’s dinner table went viral. Kloie was seen as very sad, and her facial expressions caught the fans’ attention. So, they posted negative comments about the lady. Some even tagged her the “Bad Mom.” Fans slammed her, forcing her daughter to take the picture and talk. Meanwhile, the parents looked happy enjoying the dinner, but their daughter was very sad.

Recently, Jade shared the news of the sad demise of her grandmother. Cline took to her Instagram account to share the sad news. She shared three pictures of Mamaw (her grandmother) holding her beautiful little daughter Kloie. The 25-year-old shared a very strong bond with her grandma. She also wrote a little note as a tribute to her, saying losing her grandmom has put her in shambles. Cline was like a second mother to her. Moreover, she also acknowledged that her Mamaw taught her many things and will always miss her. the Teen Mom star said that her grandmom was there for her when she was suffering from a lot of depression.

Fans were shocked to hear the sad demise of Jade Cline’s mamaw. They took to the comment section to pray for the departed soul and expressed concern for the young star. Her co-stars also took to social media to send their condolence as well. Teen Mom: The Next Chapter star Cory Wharton posted three praying hand emojis, while Tyler Baltierra said she is sorry for the loss. The comment section was overloaded with comments sending their prayers for the old lady and Jade and her family.

Only a few fans know that it was Cline’s grandmother who introduced her to her boyfriend, Sean. Earlier this year in April, Miss Cline revealed in a Q&A with fans on Instagram that it was her mamaw who helped her to meet Sean. It happened when she was in eighth grade, Sean lived on the corner of her grandmom’s house, and one day she introduced the two. He was sweet, so I fell in love with him and later got pregnant with his baby.