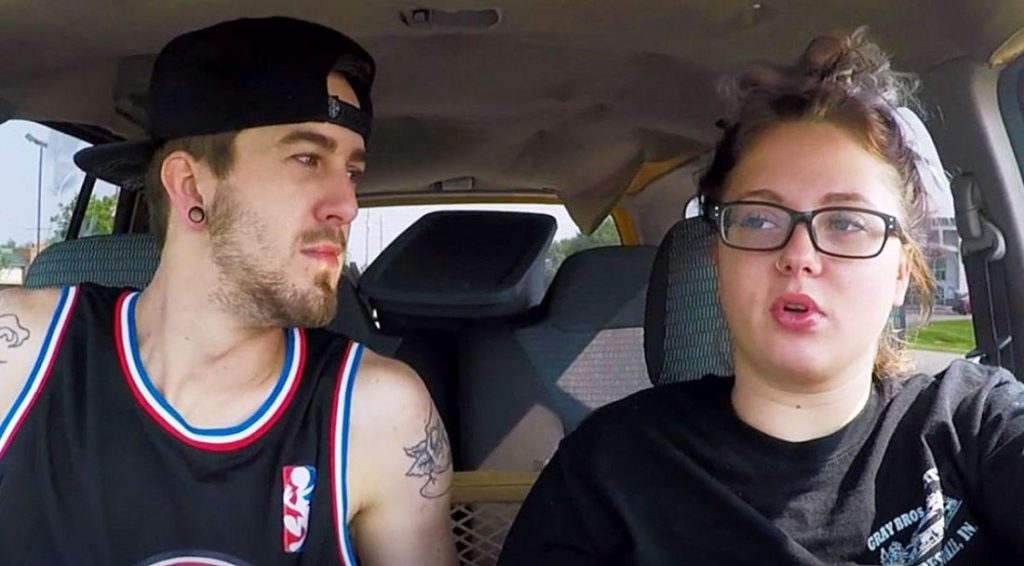 Teen Mom 2 star Jade Cline and Sean Austin once again broke up. It was just a month ago when both were in each other’s arms, making love in their lacy outfits. However, things have never remained constant for Jade and Austin. Jade clears to her fans that she is single. Meanwhile, Austin made his account on Tinder to find another sweetheart in his life. It seems that Jade will bring a bunch of drama on the May 4 episode of Teen Mom 2. Let us look at how fans got to know about the breakup.

Teen Mom 2: Jade Says To The Fans That They Can Have Austin

Jade Cline got split from Sean Austin. Well, the news may not shock you because it’s not the first breakup that has happened between Jade and Austin. The couple never remained constant in their relationship. They showed a lot of lot at one time, and at other, they snatch away everything from each other. Well, it’s always fun for the fans to watch. Recently, one of Teen Mom 2’s fans asked Jade, “Are you single?” To this, she instantly and happily replies, “Yass…” Starcasm reports another fan asking the star whether she and Sean broke up as the fans saw him on Tinder. Jade clearly replies, “I’m screaming they can have him, lmao.”

The couple last month had a sexy photoshoot in their lacy red dress to confirm that they are together. Jade showered love to Austin through her words. Back then, she said, “cheers to us and forever.” However, forever seemed to be too little for Jade and Austin. Teen Mom 2 star has now deleted all her photos from social media that was with ex-boyfriend Austin. Moreover, today she shared a photo with Austin saying #RIP. Indeed, the star cleared that the two have split up.

Furthermore, rumors surfaced lately that the couple got engaged, as Jade was seen wearing a ring in her left hand at the couple’s trip to Vegas. Jade also cleared those rumors of her marriage with Austin. She says, “LoL, I never got married.” The star lived separately. Jade claims that living away helped them in many ways. She also said once that Sean loves himself more. Both maintained the distance to have a happy and healthy relationship. However, it seems that the distance went to be a bit more longer than expected.

Fans can also have a look at Sean Austin’s profile on Tinder. If you are in the hope of match with him, you can surely check the star on Tinder. He is a 27-year-old handsome-looking guy. Sean marks his hobby to be in music, art, festivals, gamer, and shopping. Many fans think that the two will once again get back to each other. Well, a few believe that this is surely the end of the relationship. What do you think? Will, they ever be together, or is this the final breakup? Let us know in the comments.