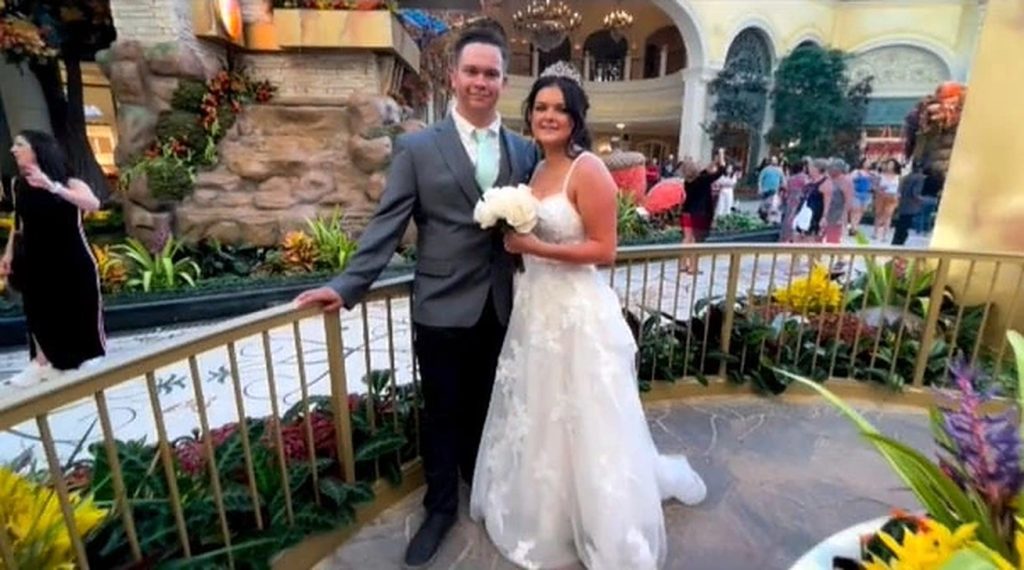 The wedding bells are ringing. Many Teen Mom couples have been getting married these days. After Cheyenne Floyd and Zach Davis’ wedding, another MTV couple tied their nuptial knot last month. Their wedding was one of the most awaited ones. Lexi Tatman and Kyler Lopez made their TV debut in 2018 in the very first season of Teen Mom: Young And Pregnant. Since then, the couple has been sticking out for each other, even after many ups and downs. They even share two cute little sons named Jay and Tobias. To know more about their wedding day, keep on reading.

The popular MTV couple, Lexi and Kyler, did not reveal their wedding date for a long time. Fans were really curious about their marriage. Finally, on September 24, Mr and Mrs Lopez took to social media and shared some pictures from their wedding ceremony. It took place in a little church in Las Vegas. Lexi revealed that her grandparents got married there, which was so close to her heart. That’s why she wanted to get married there. Lexi also added on Facebook, saying that the couple decided to keep it small but definitely have a few things in their mind to celebrate with everyone. The couple announced their engagement in November 2020 and made it very clear that the bride-to-be would be posting her ring pictures often. She also added that she wouldn’t let any nay-sayers get in her way now!

Kyler posted a video and a picture of her and Tatman as husband and wife on their wedding day. The couple looked stunning. The groom was wearing a black-grey suit, and the bride looked adorable in a white dress. The couple’s happiness was evident on their faces. Moreover, Kyler captioned the video saying some people are worth melting! The Teen Mom

star added that she’d seen him since she was thirteen. People loved their pictures and congratulated them for getting married. Indeed it was a day to remember for the beautiful couple.

Teen Mom: Lexi & Kyler Won’t Be On The Show Anymore?

The popular Teen Mom couple appeared in the very first season of MTV’s Young & Pregnant series. It was very shocking for the audience when they didn’t spot the couple in the second installment. Apparently, the makers replaced Lexi with Kiaya Elliott in Season 2 in 2019. The viewers thought Lexi might have withdrawn from the show, but the behind-the-scenes story was different! If we go according to a behind-the-scenes source that was revealed to The Ashley in January 2019. MTV didn’t continue because her story wasn’t interesting enough! So they thought of replacing them.

Even Lexi was not aware of the fact that she would not appear in Season 2. She herself realized this when the show makers replaced her. After getting confirmation that they won’t appear in the new season, Lexi and Kyler revealed that they welcomed a second child whose delivery was a top secret. Later they named their second son Jay Wolfe. Keep coming back to TV Season & Spoilers for all the latest Teen Mom updates.