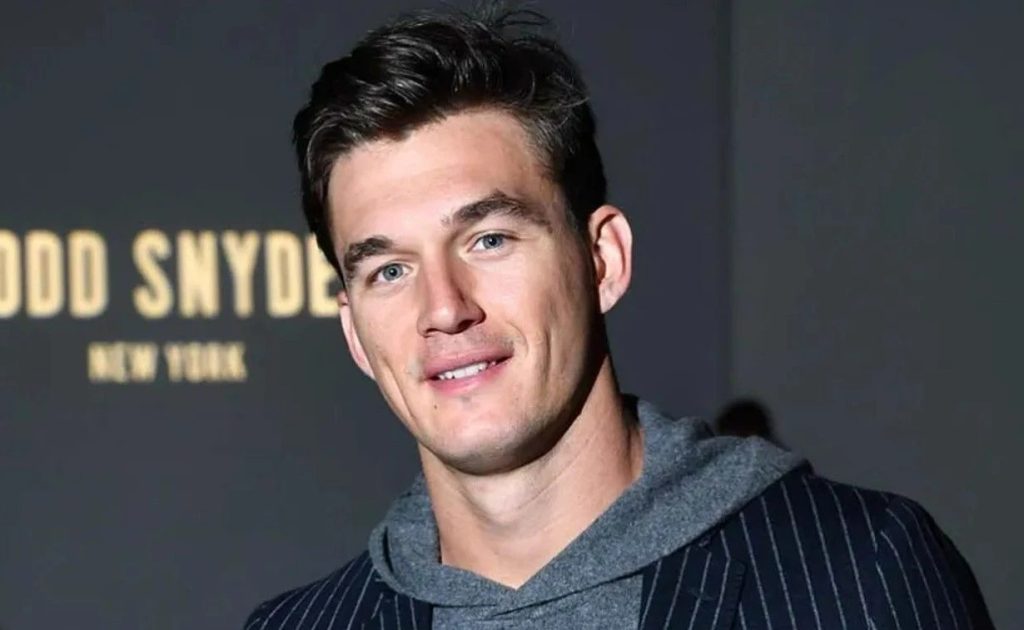 After Hannah Brown dumped Tyler in The Bachelorette’s finale, he struggled to settle with the love of his life. The American native appeared in Season 15 of the Bachelorette to win the heart of the stunning diva. However, Cameron ended up claiming the runners-up position in the finale. Tyler has barely had any serious relationship since his TV appearance. After portraying a playboy image, flirting, and casually dating multiple women, he finally made his relationship official with Paige Lorenze. And, now he was snapped with a mystery woman just days after announcing his breakup. Here are more details about this new interest of The Bachelorette runner-up.

The Bachelorette: Tyler Cameron Is In The Party Mood, Spotted With Another Woman Right After Breakup

The Bachelorette star Tyler Cameron tried his best to win the final rose from Hannah Brown. But, the beauty decided to go with Jed Wyatt. With a broken heart, Tyler often made the headlines because of his short-lived romances. Fans were actually stunned to see him with the supermodel Gigi Hadid. The two of them briefly dated each other before separating ways. The former reality television star has kept his love life under the radar until recently. Shockingly, in July 2022, he went public with his girlfriend, Paige Lorenze. The couple was photographed kissing each other on the street. It has only been a month since when their pictures took the internet by storm. But last week, Tyler and Paige announced their breakup.

It’s not quite new for him to be caught with a new girl. Fans know his dating pattern and the fact that he keeps switching from one girl to another. After his brief fling with Paige, Tyler was spotted with another woman, as per PageSix

. It seems like he was already in the mood to date someone else before announcing his breakup. The Bachelor alum was photographed with an unknown woman at a nightclub in New York. He was spotted partying till the early hours of the morning. Fans slammed the 29-year-old star for his playboy image. An eyewitness revealed that the woman had her hand on Cameron’s waist, and they were dancing and enjoying champagne at the club.

The Bachelorette: Paige Was Blindsided When Their Breakup Was Announced

Controversies and Tyler Cameron generally go hand in hand. He made comments on his relationship with his fellow Bachelor’s alum Matt James and Rachael Kirkconnell. The Bachelorette runner-up also had his brief romance with Kylie Jenner’s best friend Stassie Karanikolaou. As per the looks, Tyler always manages to be in the headlines. Before dating Paige, Tyler sparked dating rumors with celebrities such as Siesta Key’s Juliette Porter, Elizabeth Turner, Camila Kendra, and his most recent love interest, Paige Lorenze. Besides them, Cameron was also linked up to Kristina Schulman and Julissa Ann Zoltko before.

Recently, the former reality television star announced his breakup with his most recent girlfriend. Shockingly, Paige revealed that she was blindsided when her breakup was announced. In her now-deleted TikTok comment, the model said that she had no idea that Tyler was talking about their breakup in public. However, the 24-year-old was not embarrassed, although she felt it was weird.