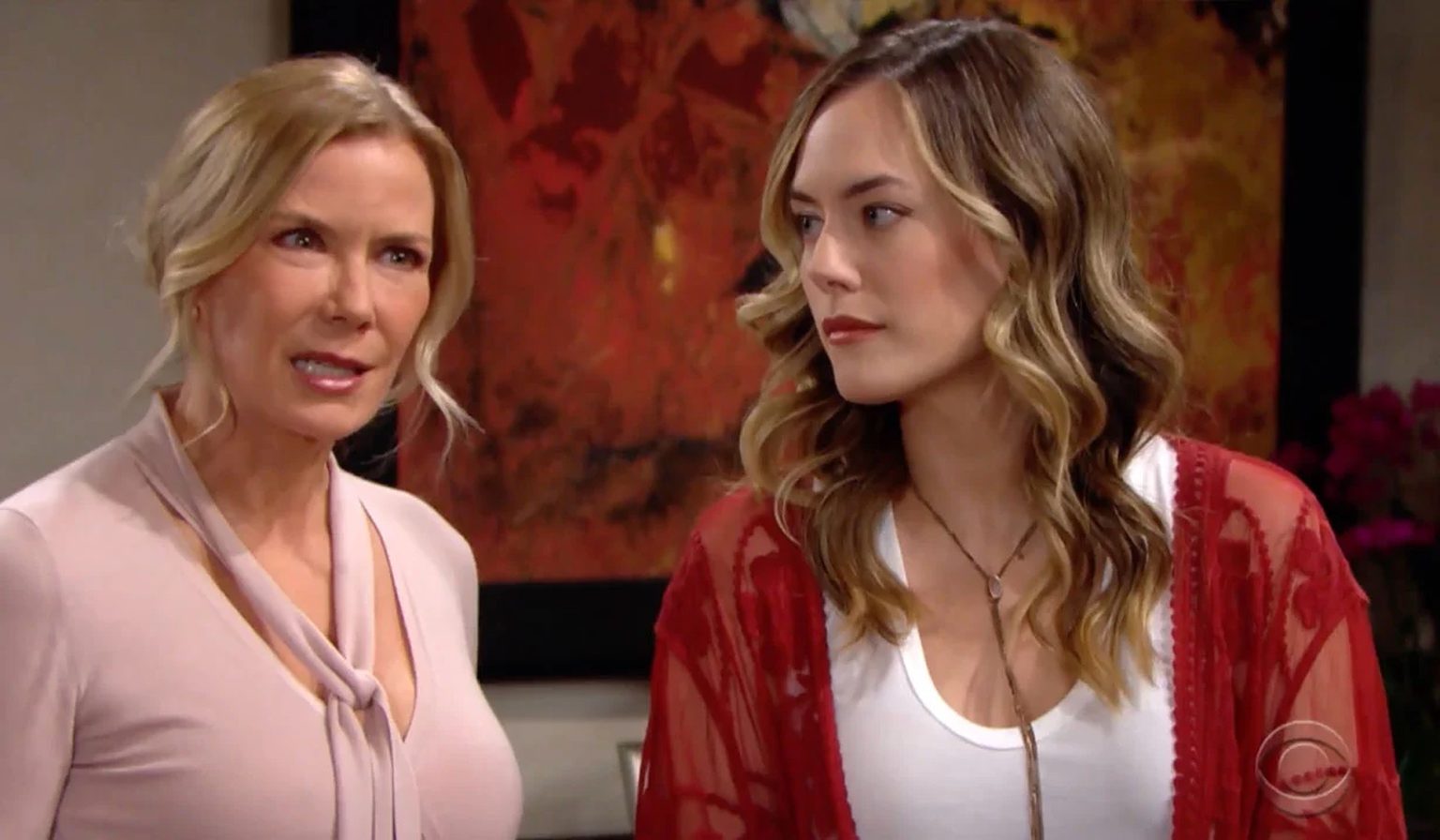 The Bold And The Beautiful: Annika Noel REVEALS The Fate Of Hope-Brooke Relation, Hits Another Snag

It is undeniable that Liam and Hope’s marriage is hanging by a very very frail thread on The Bold and The Beautiful. While Thomas has eyes on Hope, and Steffy might be taking notice of Liam again, there is a much more shocking possibility ebbing on the horizon. Is Brooke about to turn into a serial son-in-law seducer? She sent shockwaves when she slept with her daughter Bridget’s lover Deacon. Is she now about to do the dirty with Hope’s husband Liam!

One would expect that Brooke would have learnt her lesson after the catastrophe she faced in the light or, rather dark, of sleeping with Deacon. But Alas, it’s a shattered hope. In fact, an about-to-be-shattered HOPE! Brooke and Liam’s chemistry is rising up a few notches with every passing episode. And viewers are not the only ones taking note of it. The Bold and The Beautiful star Annika Noelle (Hope Spencer) noticed it too.

Brooke Repeats Old Mistakes On The Bold and The Beautiful

“I was like, OK… what’s happening with this, What’s gonna go on?” Annika expressed as she acknowledged the building chemistry between Liam and Brooke on The Bold Live session recently. She, too, admitted that it’s surprising that Brooke hasn’t learnt anything from her past mistakes with Bridget and Deacon. The Bold and The Beautiful actress confessed she doesn’t know where the story is headed. However, she is clear about how she feels about Brooke and Liam’s connection.

Annika pointed out that sleeping with Deacon was one of the biggest messes Brooke has made. And it has cost her her relationship with Bridget. However, it’s also a stigma that has been attached to Hope, Annika explained. She is, after all, Brooke and Deacon’s daughter out of that twisted romance. Having said that Annika, stated that as an actor she would love to do this storyline. If Liam and Brooke do get physical, she would love to act out the heartbroken scenes.

Talking about Hope’s take on the building track on The Bold and The Beautiful, Annika says, “it would be a very hard thing to forgive her mother.” And if Liam does do it, then Hope should just end it with him for good. Annika asserted. Their getting intimate will spell literal disaster. However, Annika admitted that Hope is more forgiving than she is in real life. In real life, she would just cut out people once and for all. Is that a hint at the fact that Hope may give one of the two cheaters a second chance? Hmm, guess we will have to wait and watch! So stay tuned to CBS over weekdays to see what happens next on The Bold and The Beautiful.