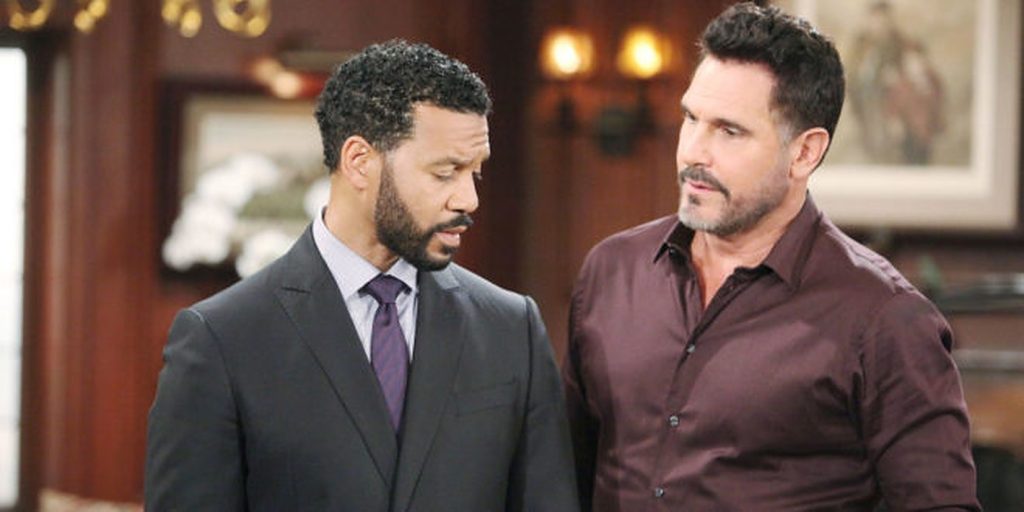 The Bold And The Beautiful: Bill And Justin Join Hands Once Again, TAKE THOMAS DOWN

The Bold and The Beautiful is seeing too many breakups off late. However, the latest spoilers suggest that there is a patch up of sorts on the cards! Bill Spencer has taken it upon himself to tear down the Forrester menace, Thomas. News has it that Bill will entrust a Thomas-takedown-related task to his old accomplice, Justin Barber. So, are we about to see these old buddies reunite in the mission to put an end to Thomas’s reign of destruction?

Blast From The Past: Bill And Justin Join Hands

Viewers might remember that Bill felt stabbed in the back so badly by Justin’s betrayal that he completely cut his old buddy out. Thus leading Justin to find work at Forrester fashion. Bill had made it clear that there can be no redemption and there will be no forgiveness for Justin. However, we know that there is only one thing that’s set in stone on soaps, the fact that everything is temporary. It looks like the weather might be getting a little warmer, and the ice between Justin and Bill is finally melting.

Justin has been playing nice for too long now, and it’s a shade that doesn’t really suit him that much. Maybe, it’s time to for him to be a little bad for the greater good! Bill always leaned on Spencer to get the dirty done, while he still worked at Spencer Publications. So it’s very much possible that Bill decides to bury the hatchet with Spencer and enlist his help in taking down Thomas.

Brooke is becoming increasingly worried about Hope’s closeness with Thomas on The Bold and The Beautiful. It has become apparent that Hope is warming to Thomas and seeing him as a reformed man. Ofcourse, a lot of it can be chalked to the fact that he is playing an upstanding father to Douglas pretty well. And the fact that his plot to frame Brooke in the CPS call stays well hidden. However, for how long though? Now that Bill is hot on his tail, it’s only a matter of time before the dots start to connect.

It’s a known fact that Bill cannot stand Thomas at all. He understands what Thomas is capable of and that he is a real threat to Hope. And in his quest to let no harm come to Brooke and Brooke’s loved ones, Bill will leave no stone unturned to destroy Thomas. His old accomplice, Justin, is certainly the man Bill needs in his mission. Remem ber the time Justin kidnapped Thomas? Maybe there is going to be a take two of it! Well, whatever road to stop Thomas, Bill zeroes in on, we can assure you it’ll be intriguing. So do not miss any of the upcoming episodes of The Bold and The Beautiful, airing weekdays on CBS.