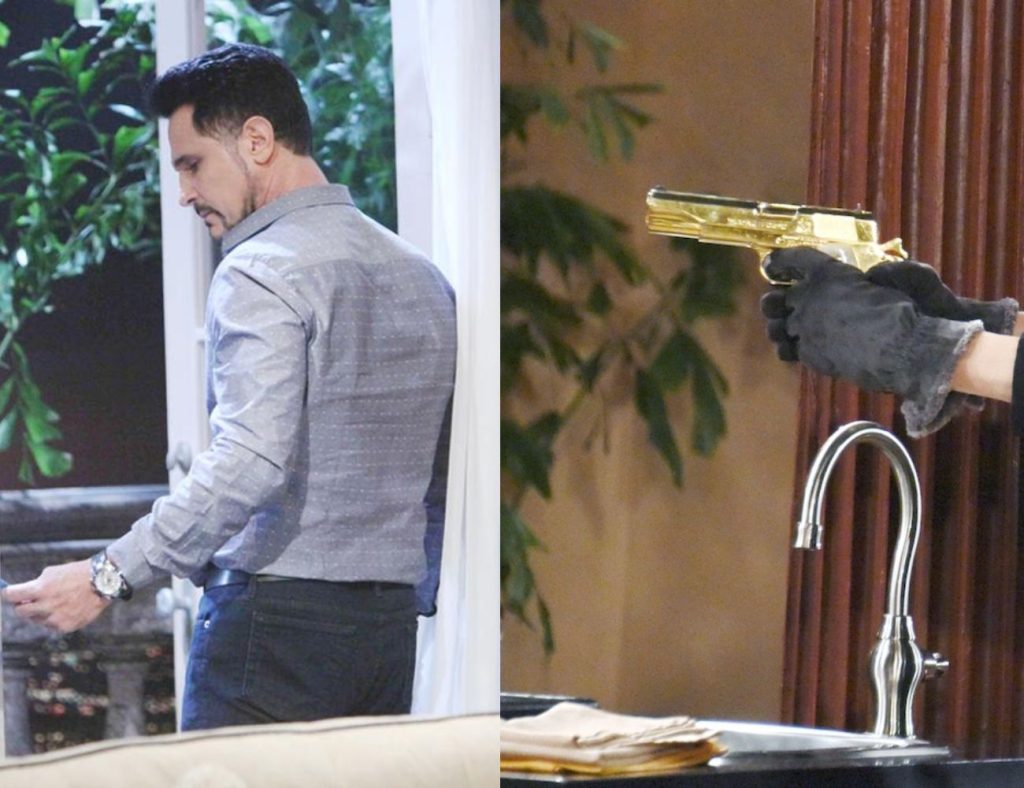 The Bold And The Beautiful Brings A SHOCKING BIG TWIST, Taylor DID NOT Shoot Bill? CHECK OUT

The Bold and The Beautiful is having a field day by playing with their viewers’ minds! Every day there is new speculation or explanation as to why Bill is chasing rainbows with Sheila Carter. However, one thing has remained constant all through the storyline so far. No one is buying that the Mighty Bill Spencer would willingly and truly fall in love with someone as wretched as Sheila! That’s a low the Publishing Moghul would never hit. But all said and done, there he is! Kissing and nestling with Sheila in his mansion. So what gives? What if Sheila is sitting on a huge secret that Bill cannot afford to be known? Want to know what it is? Dive right in!

Who Actually Put The Bullet In Bill Spencer?

The entire basis of Bill’s blackmail that bought Sheila her freedom on The Bold and The Beautiful is that Taylor shot him. Bill threatened Steffy that if she and Finn testified against Sheila, he will testify that Taylor shot him, and then Taylor can sit right beside Sheila in jail. Of Course, Steffy couldn’t let her mom go to prison. Thus, the couple stayed shut in court, and Sheila walked free. Now that all of it has happened, this conversation should have been over. But it isn’t! In every episode, someone or the other is discussing Taylor shooting Bill. That makes us believe that there is still more to this story!

In the previous episode of The Bold and the Beautiful, Liam brought up an angle that was long forgotten. When Taylor had fired a shot at Bill, Liam, too, had his gun trained at Bill. In fact, there was a time he believed he was the one who shot Bill. However, it was dismissed as a figment of his imagination, triggered by his concussion. Moreover, Taylor confessed to having shot Bill. Case closed. But, in the previous episode, Liam confided in Hope that he still remembers shooting Bill. What if Liam isn’t imagining it? What if, in a soapy twist of events, Liam and Taylor both fired a shot, and the one that brought down the Mighty Bill was Liam’s?

Sheila Carter is a woman of means on The Bold and The Beautiful. There is a whole lot of chance that she is in the know of what ACTUALLY transpired that fateful night. Moreover, she is now using it to serve her means. We know that something happened at the beach when Sheila bumped into Bill. Whatever went down between the two that night has formed the crux for Bill standing by Sheila on The Bold and The Beautiful. Now, they can claim it to be love, all they want, but we know that’s not true. In all likelihood, Sheila has dirt on Bill. And, if Liam is right about shooting his dad, then Sheila knows it!

What if Sheila is threatening Bill that she will tell everyone what Liam did? Truth like that could hit Liam really badly on The Bold and The Beautiful. Bill would never want that! The two have already buried their past and renewed their father-son relationship. Bill wouldn’t want the past to haunt Liam and throw a monkey wrench in his life. Thus, Bill is trying to keep Sheila quiet by giving her what she wants until he find a more permanent way to get rid of Sheila. That would explain why his body language is so off. He is doing it all against his will. Perhaps, by staying close to Sheila, he will find some solid dirt on her and take her down for good! That would not only rid the town of the she-devil but also redeem Bill!

What do you think of this new twist? Please share your views in the comments. Meanwhile, stay tuned to CBS over weekdays to find out Bill’s next move on The Bold and The Beautiful.