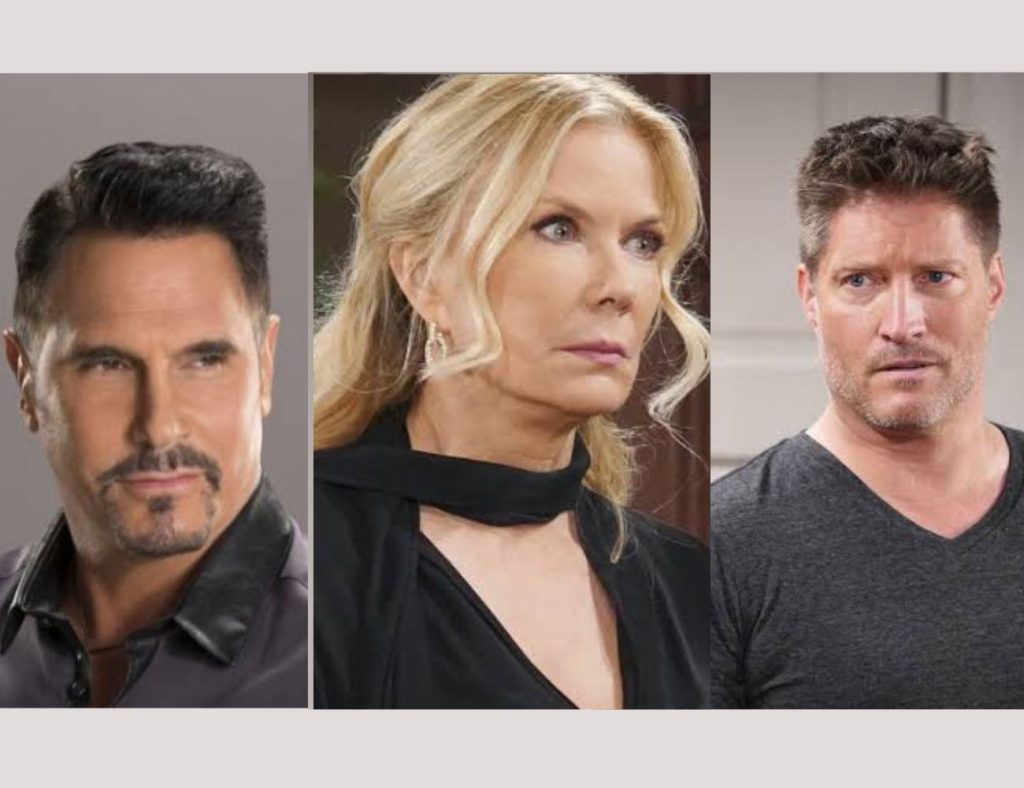 The Bold And The Beautiful: Brooke Finds Love Elsewhere, Bill And Deacon Fight For Attention

It’s heartbreak season on The Bold and The Beautiful. Ridge Forrester has finally made a long-due choice. It seems Taylor is the chosen one in Ridge’s “destiny”. However, Ridge choosing Taylor as the one means Brooke’s heart and their marriage will fall apart. Does that mean we will get another love story? After all, somebody will have to pick up the pieces of Brooke’s broken heart. Somebody from her past, perhaps? We can think of two likely candidates for this! Bill Spencer and Deacon Sharpe. We wonder which one of them will prove to be her knight in shining armor!

The Bold and The Beautiful leading man Ridge Forrester had been torn between the two women, Taylor and Brooke, for quite some time now. He had been in search of who his true destiny was with it. It seems thanks to Thomas’s plans, he has finally come to a decision. Ridge feels betrayed by Brooke for calling CPS on Thomas. However, he doesn’t know his son framed Brooke.

A betrayed Ridge meets up with Taylor in Aspen and tells her that she is the one his true destiny lies with. Consequently, ending his marriage with his wife. The Bold and The Beautiful Brooke chased after Ridge in a Hail Mary attempt to save her marriage. Unfortunately, he has made his decision, and nothing she says now will change his mind. He wants to rekindle his romance with Taylor. A heartbroken Brooke will rush back to L.A. and break the big news. However, it obviously won’t be easy for her to handle this heartbreak on her own, and she might need a shoulder to lean on. A male shoulder, perhaps! Well, lucky for her, there are two contenders in waiting!

The Bold And The Beautiful: Could Brooke Find A Happily Ever-after with Bill Or Deacon?

Brooke has been married to Bill Spencer before on The Bold and The Beautiful. He had broken off his marriage with Katie to be with Brooke. However, that marriage couldn’t last for as long as Bill had hoped. But now that Brooke is lonely and heartbroken, could he have another shot with her? They surely have the chemistry. Also, the friendship between the two isn’t lost either. She could use a good friend right now before jumping to romance. Bill certainly can double as both!

The Bold and The Beautiful damsel may be heartbroken but is certainly not short of admirers. Contender number two, Deacon Sharpe, will not be far behind in trying to win a chance at gluing her heart back together! History is proof that no one has been able to escape Deacon’s charms on the soap, and the two have had a torrid romance in the past. So, could those sparks fly again? Previously, Brooke had stifled her feelings for Deacon for her daughter’s sake. But nothing is standing in their way now! Could old feelings find a way to resurface for them?

The Bold and The Beautiful could turn really saucy if Bill and Deacon start fighting over Brooke! It would be really interesting to watch how the two men would vie for her attention. If this scenario was to happen, who would you want Brooke to choose? Bill or Deacon? Or do you think she still has a chance with Ridge? There still is the truth about Thomas framing Brooke waiting to come out!