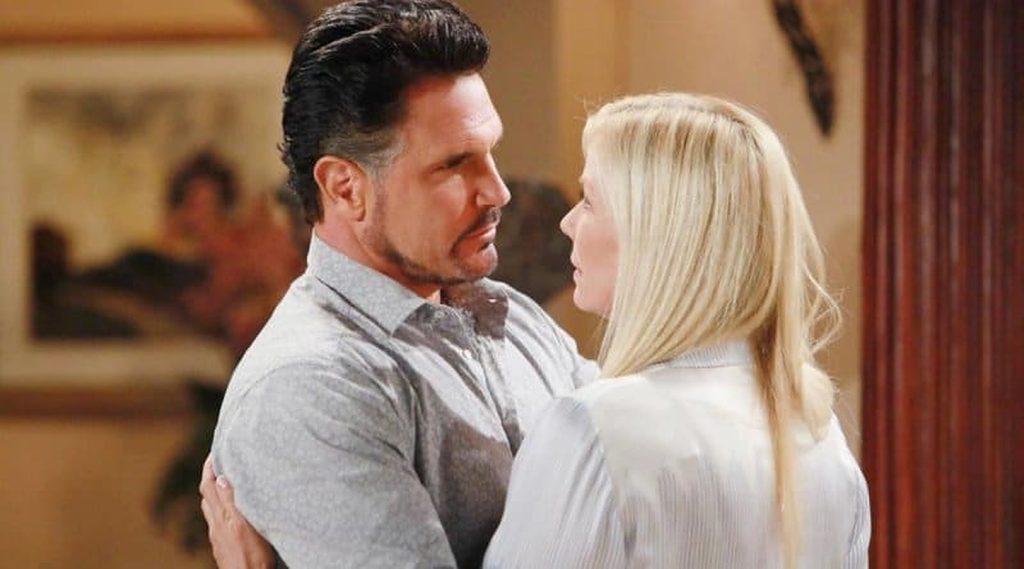 The Bold And The Beautiful: Brooke Proves Her Friendship To Taylor, SEDUCES Bill

The Bold And The Beautiful spoilers tease Brooke might decide to make a risky move for her new best friend’s sake. Once she learns about Taylor’s sticky situation and Bill’s new love interest, she might decide to tackle him in her own way. Will Brooke now pretend to start liking Bill after Ridge? Or will she seduce him to stay away from Sheila? Let’s decide what might happen over there with Brooke and Bill.

As for now, Steffy and Finn know that the “heroic” call made by Bill was not to save them but his new lover, Sheila Carter. Not just that, he also blackmailed Steffy to press charges on Taylor if she or Finn gives testimony against Sheila. The Bold And The Beautiful recent spoilers say that Sheila will be finally released from prison. Thanks to Bill, he will have a clever move to take Sheila out of the mess. However, the real question is: How will the family members react to her release? This was a solid case that could put Sheila rot in jail for her lifetime.

It won’t be too long when Steffy and Finn fill in Taylor with Bill’s new romance and partnership. Once she pushes further, they will even tell her about his blackmail. This will definitely be a shocker for Taylor. Chances are there, Brooke might also get to know this down the road. Since Brooke and Taylor are best friends now, will Brooke plan to help her bestie in this? She knows that Bill forever has had feelings for her. So, what will you do now? Let’s discuss that.

The Bold And The Beautiful Spoilers: Brooke Decides To Seduce Bill For Taylor’s Sake?

Fans know Bill has had feelings for Brooke from the start. Although she rarely reciprocated to his feelings, that never actually faded his feelings for her. The Bold And The Beautiful showed how Bill was rejected by both Katie and Brooke. That is precisely why he started wearing the sword necklace and changed to ‘Dollar Bill’. Comparing between Katie and Brooke, it is pretty obvious that Brooke has more control over Bill

Once she gets to know, she will definitely wonder why Sheila Carter is out! Knowing Bill’s desperation to have a passionate love life, Brooke might decide to make a move. She knows the power she has over him, so to help Taylor from all the mess, Brooke might decide to tackle Bill in her own way. There are two chances. One, she might try to seduce Billy and know what all is going on with Sheila. She might wrap him in her fingers and take full control of him. This will obviously piss Sheila off, which might trigger her to target Brooke.

So, she might decide to take a rather less risky move. Chances are there, she might try to seduce Bill and make him feel that Sheila is not the right one for him. By this, she might distract Bill a little bit and help him realize what he is trying to do in life. Whatever the case, Brooke might try to help her bestie from this mess. Stay tuned to see if the storyline really takes this turn or not. The Bold And The Beautiful airs every weekday on CBS. For more updates and spoilers, visit our website, TV Season & Spoilers.