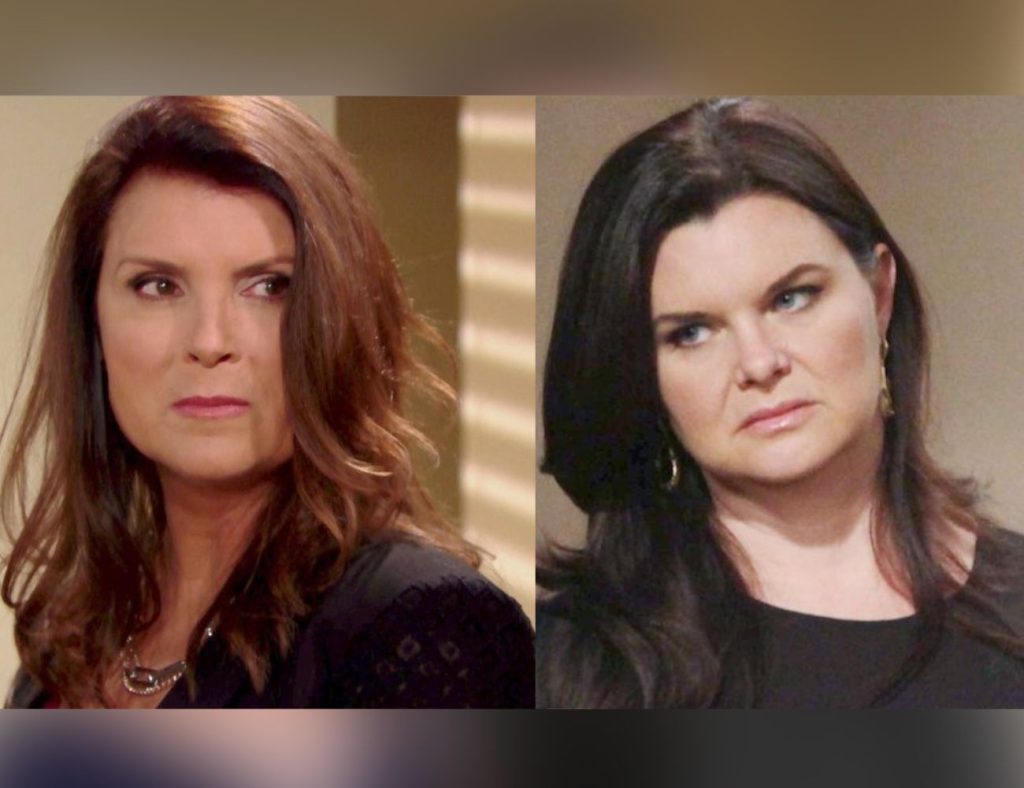 The Bold And The Beautiful Spoilers For January 17, 2023: Steffy Vows Revenge, Katie And Sheila Face-Off

The Bold And The Beautiful Spoilers For January 17, 2023, reveal that Steffy will fill Liam in on his father’s latest escapades. She gives Liam a heads-up that she will take down Sheila and Bill. Meanwhile, Katie will once again try to convince her ex-lover that Sheila is no good. Katie will plead with Bill to come back to his senses and ditch Sheila. However, Bill will remain under Sheila’s spell, and Katie will leave defeated. Will Bill ever see what Sheila is doing to him? Let’s find out in a little more detail what the upcoming episode holds.

It was only a matter of time that the news of Bill and Sheila being partners spread on The Bold and The Beautiful. Bill’s blackmail could have bought Steffy and Finn’s silence in the courtroom, but he can’t keep them quiet outside of it. Steffy and Finn tell Liam about his father’s notorious involvement with Sheila. Liam and Hope are shocked to learn that Bill has become romantically involved with Sheila. Moreover, they can’t believe that he is willing to destroy everything for her sake. He struggles to digest that Bill blackmailed Steffy and Finn.

The Bold And The Beautiful Spoilers For January 17, 2023, reveal that Steffy has reached her limit with Bill. She makes it clear that no one hurts her family and gets away with it. Everything that Bill has done so far has enraged Steffy. She tells Liam that she won’t back down anymore. Steffy vows to take down Sheila and Bill on The Bold and The Beautiful. But what will Steffy do now? Will Liam try and save his father from Sheila’s hold and Steffy’s fury? Stay tuned to the upcoming episode to find out.

The Bold And The Beautiful: Katie Pleads Bill To Listen, Sheila Tells Her Off

While everyone seems to be fuming at Bill, on The Bold and The Beautiful, Katie is the only one worrying herself sick over him. She goes over to see Bill and pleads with him to listen to her. Katie tries to convince Bill that Sheila is only using him. However, Bill will not heed Katie’s earnings against Sheila. He is completely smitten by her and is confident that she loves him back all the same. Sheila listens to Katie beg Bill with a smug look and then steps in. She flatly tells Katie that she had her shot with Bill, but she blew it.

Eventually, Katie leaves from there disappointed. She confides in Carter that Bill is completely under Sheila’s spell and the woman is going to destroy him. Meanwhile, Sheila continues to seduce Bill with her promise of love on The Bold and The Beautiful. But does she really love Bill? Or is everyone right about her, and she is just using Bill for his money and power? Please share your views with us in the comments. Meanwhile, stay tuned to the upcoming episode on CBS to find out what happens next on The Bold and The Beautiful