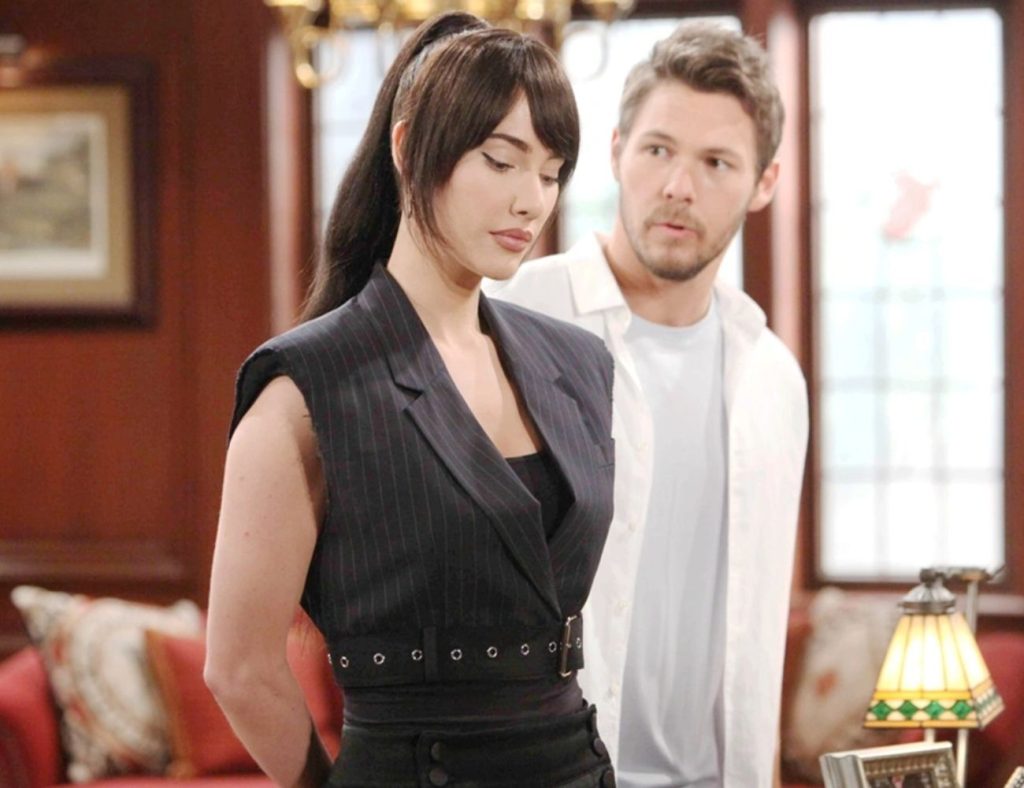 The Bold And The Beautiful Preview Video For The Week of January 16, 2023: Liam Learns About Sheila And Bill, Steffy Vows Revenge

The Bold And The Beautiful Preview Video For The Week of January 16, 2023, teases an exciting week ahead for B&B fans. Sheila will be spending some quality time with Bill. Meanwhile, Katie fears that Sheila will destroy Bill. Liam is flabbergasted upon hearing that Bill is not only safeguarding but romancing Sheila. On the other hand, Steffy has had enough of Bill’s blackmailing and vows to take him and Sheila down on The Bold and The Beautiful. Sounds exhilarating, right? Let’s take a deeper look at what’s coming our way this week!

Previously on The Bold and The Beautiful, we saw that Bill’s blackmailing and his dollars did the trick quite well. His blackmailing effectively kept Finn and Steffy shut during Sheila’s trial, and the bribed judge ruled in Sheila’s favor. Thus, setting her free from all charges. This week’s The Bold and The Beautiful preview video shows Sheila spending some cozy time with Bill. They relax on the couch as Sheila rests her head on Bill’s shoulder, and he wraps his arm around her. As comforting as this may be for them, it is making a lot of people really uneasy. Katie is one of them!

The Bold And The Beautiful Preview Video For The Week of January 16, 2023, reveals that Katie will let her displeasure be known. She shares her concern with her latest flame, Carter. Katie states that Bill is totally under Sheila’s spell. She feels that he is not seeing the danger that is inching toward him on The Bold and The Beautiful. Katie fears that Bill’s entanglement will Sheila is eventually going to destroy him. Is Katie right in her concerns? Has Bill set himself up for inevitable destruction at Sheila’s hands? Keep watching your favorite CBS soap to find out!

The Bold And The Beautiful: Liam Is Stunned, And Steffy Vows To Destroy Them Both

The latest The Bold and The Beautiful preview shows that Liam and Hope are back on the canvas. Steffy Forrester reveals to them all that has transpired. Liam is shocked

to find out that his father has sided with Sheila. Moreover, Liam can’t seem to digest that Bill has gone as far as blackmailing Steffy and Finn to protect Sheila. Hope appears equally stunned by the update on Bill and Sheila. Will Liam interfere in Bill’s business and try to make his father see sense? Stay tuned to the upcoming The Bold and The Beautiful episodes to find out.

Meanwhile, there is one person who has already taken it upon themselves to try and make Bill see the light. His ex-lady love, Katie Logan. The Bold And The Beautiful Preview Video For The Week of January 16, 2023, reveal that Katie will approach Bill and push him to see that Sheila is just using him. Meanwhile, Sheila retorts to Katie that she had her shot and blew it. Will Katie and Sheila go head to head over Bill? On the other side of L.A., Steffy has has enough, and she tells Liam, Hope, and Finn that no one can threaten her family. She declares that she will take down Sheila and Bill.

We are so psyched for this week’s episodes. Which of the above storylines are you looking forward to the most? Please share with us in the comments. Meanwhile, stay tuned to The Bold and The Beautiful to find out what happens to Bill and Sheila next.