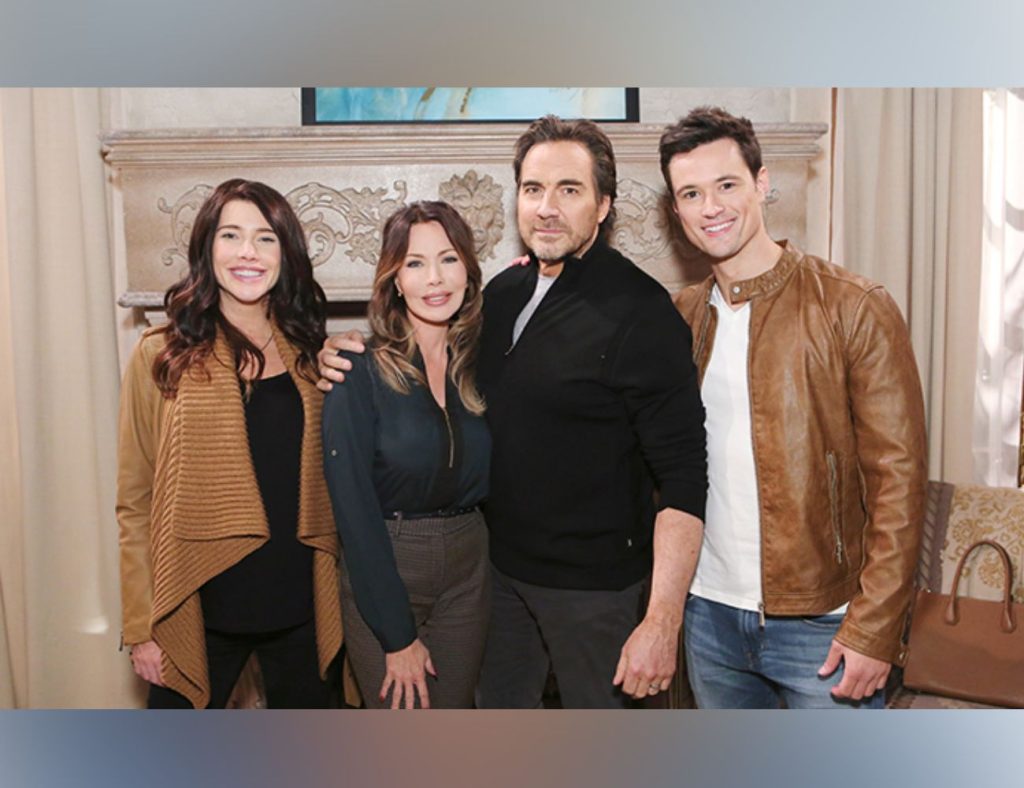 The Bold and the Beautiful: Everything SHAKES UP For The Forrester Family, New Week Brings NEW DRAMA

The Forrester Family on The Bold and The Beautiful had the pressure building for a long time now. And it was evident, that the longer it would take to release the steam, the more violent the eruption it would be. Thomas had effectively sowed the seed of destruction when he framed Brooke for the CPS call he made. It led to Ridge divorcing her and proposing to Taylor for marriage. However, the truth has seen the day of light. Although the wedding rituals are underway, will they officialize? Or will the truth disrupt the wedding and explode the Forrester household to shreds?

Steffy Learns, The Truth, Hopes For Thomas Or Taylor to Speak It Out

Recently, on The Bold and The Beautiful, we saw Douglas confiding the truth in his aunt Steffy. She was shell-shocked upon learning what Thomas did. Not only that, but he even warned Douglas to keep quiet about it. Despite the fact that Steffy wanted Taylor and Ridge together and Brooke out of the picture for good. Se certainly did not want it to happen over a big fat lie. It had to be Ridge and Taylor’s own choice. She and Douglas realize that the wedding can’t happen. Ridge and Taylor need to know the truth.

Steffy tells the truth to Taylor on The Bold and The Beautiful. She is hoping Taylor will do the right thing with the information and talk to Ridge about it. However, teasers show that Taylor has decided to sit on the info (at least for now). As she and Ridge stand at the altar, about to take their vows of Holy matrimony, a tense Steffy hopes that either Thomas will intervene with an awakened consciousness and admit to what he did. Or, Taylor would back off and tell Ridge the truth. The previous episode ended on a cliffhanger, leaving fans high and dry to find out what happens next. Here is what to expect next!

Ridge Finds Out The Truth, All Hell Breaks Loose On The Bold and The Beautiful

By this point, it is safe to assume that Thomas’s moral compass is broken on The Bold and The Beautiful. So, it’s really a far shot to hope that he will stop the wedding in the nick of time and confess the truth. The onus of lies on Taylor and Steffy. Douglas knows too, but it seems the good little boy has done his fair share of truth-telling. It’s time for the adults to take control. Fans will be on the edge of their seats to see who blurts it out first, Taylor or Steffy. But one of them has to!

When the truth does come to the forefront for Ridge on The Bold and The Beautiful, everything will change. He will be spiraling in shock over being betrayed so badly by his own son. That, too, on such a personal and emotional level, it’s sure to pinch a great deal. Ridge may not even want to see Thomas’s face and lash out at him, breaking all ties with him. As for Taylor, Ridge has made it clear he does not want to base any relations on lies. So, finding out that she had been sitting on this bomb silently and willing to go through with the wedding will tear his heart. It will surely change the way he looks at her.

All in all, fans can expect a really explosive episode on Monday, with some high-voltage drama! So do not forget to tune in to CBS to find out how it all goes down on The Bold and The Beautiful. Meanwhile, please tell us in the comments who do you think will tell the truth. Taylor or Steffy?